Advertisement
The Newspaper for the Future of Miami
Connect with us:
Front Page » Communities » New apartments to affect historic district 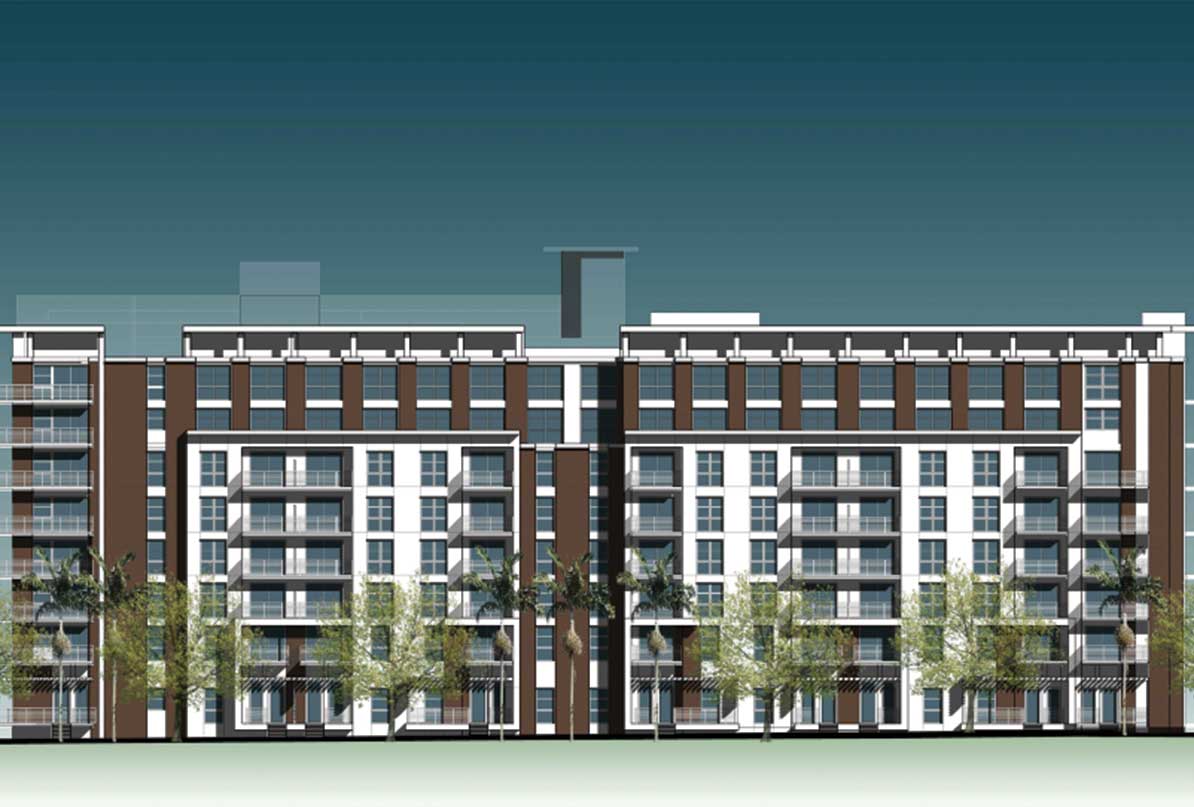 A developer’s plan to build nearly 300 market-rate apartments in a neighborhood near the Miami River and the Northwest 12th Avenue Bridge has gained the support of the Miami River Commission.

The multi-family development planned by Mill Creek Residential Trust is to include one-, two- and three-bedroom units and will impact the historic Spring Garden neighborhood on the north side of the river.

The commission recently voted unanimously for a resolution recommending approval of Modera River House, with conditions.

The proposed development consists of:

•1080 NW 11th Court – 30 residential rental units, 5 stories, 45 parking spaces, and restoration of an existing home to be used as a library that the Spring Garden Civic Association may use for meetings. Currently zoned T-5.

The development is planned for three adjacent parcels along Northwest 11th Street. The largest parcel abuts Northwest 12th Avenue and the bridge and isn’t within the Spring Garden Historic District. The other two parcels are in the district and are separated by Northwest 11th Avenue. The two parcels contain surface parking lots and the west lot also contains a contributing single-family home.

Because of this, the developer sought and won permission to rehabilitate the home and construct two new residential buildings within the Spring Garden Historic District. The approval came from the city’s Historic and Environmental Preservation Board.

Two homeowners in the district then appealed the board’s decision.

The plans were revised and then presented to the full river commission Dec. 7.

Attorney Ryan Bailine, representing the developer, said they’d worked out an agreement with the two property owners to satisfy their concerns and anticipated the appeal would be withdrawn. The residents confirmed that at the Dec. 7 meeting.

The agreement includes a redesign of traffic routes and circulation to prevent vehicle travel through the historic district.

“It’s important that they’re careful to direct traffic away from the neighborhood,” said Kathi Gibson, one of the appealing property owners.

A staff analysis of the project that the preservation board reviewed said the two buildings proposed for inside the historic district “will have a variety of sizes ranging from 647 SF to 2,423 SF. The buildings will be finished with textured stucco and a continuous [half-inch] wide x [quarter-inch] depth stucco score line and 6-inch spaced painted in a contrasting color. The buildings will have aluminum picket railings and a combination of hipped flat cement tile and flat roofs.”

It continued, “The development faces out… and will not have a significant visual impact on the neighborhood. The overall massing was well articulated, minimizing the visual scale, and the materials used are compatible with the district characteristics. The single-family house [built in 1940] is currently vacant and will be restored to accommodate a library and business center for the new complex and neighborhood. The applicant is also requesting waivers for reduction of the driveway aisle from 23 feet to 22 feet and 10% parking reduction,” according to the analysis.

The development team told the committee it plans to improve and maintain the public pedestrian and bicycle pathway between the bridge and the proposed 8-story building.

Ms. Gibson and Gioia DeCarlo, Spring Garden residents, stated their main desire is for the largest parking garage entrance and exit to be moved off of North River Drive, where traffic would cross the on-road Miami River Greenway and proceed through the historically designated Spring Garden neighborhood as presented.

Those conditions, made part of the river commission’s Dec. 7 vote, included:

•Leave all existing vehicular lanes operational on Northwest 11th Street and create a coordinated transportation plan for the area.

•Place more attractive screening on the west side of the garage that is part of the largest building, which faces Northwest 12th Avenue and the bridge. Commission members want the garage façade to be something other than the “Metal Grille Detail” in the original plans.

νMore intensive planning of improvements and maintenance of the existing public pathway along the northeast side of the Northwest 12th Avenue Bridge, which connects pedestrians and bicycles from Northwest 11th Street to North River Drive and the Miami River Greenway.

As for the area alongside the bridge, Mr. Murley said, “We want that to be a very enhanced greenway.”

“We’ll do that,” responded Mr. Bailine.

The architect for the Modera River House, Albert Cordoves of Corwil Architects Inc. in Coral Gables, said the developer hopes to start construction in the second or third week of January.

One Response to New apartments to affect historic district