Advertisement
The Newspaper for the Future of Miami
Connect with us:
Front Page » Real Estate » Transit-oriented development rolls ahead 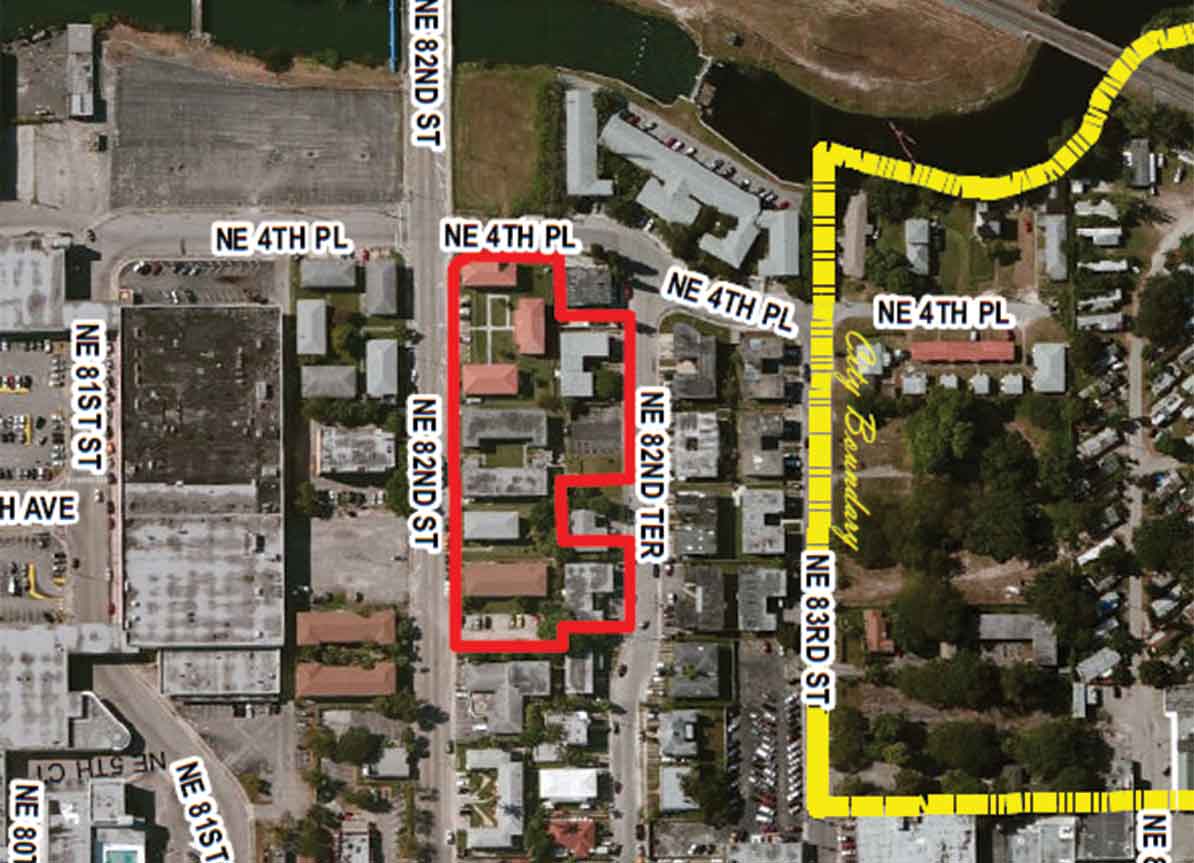 A planned transit-oriented development that would bring new residential and commercial uses near the northern edge of the City of Miami earned initial approval from city commissioners.

The Upper East Side site fronts directly on Northeast 82nd Street, as is being considered for a mixed-use development that might one day feed a passenger rail line.

In a letter to the city, Mr. Fernandez said the application would allow the property to be developed in accordance with a plan prepared by Dean Lewis Architects entitled The Wave of Shorecrest.

“The proposed plan will result in a mixed-use development on the property that is compatible with the surrounding land uses, particularly the large 79th Street Shopping Center to the south, and the pattern of development along major corridors in this area,” Mr. Fernandez wrote.

He also said the project will provide a more appropriate transition to the area to the north of the property from the 79th Street Shopping Center than exists today.

City commissioners on Nov. 19 approved the first reading of two ordinances for the site. One would change the land use designation from Medium Density Multifamily Residential to Restricted Commercial. The other would rezone the land from Urban Center Transect Zone – Restricted to Urban Core Transect Zone – Open.

The area consists of eight parcels, about 2.3 acres or 98,932 square feet. The site is generally bounded by Northeast 82nd Terrace to the north, Biscayne Boulevard to the east, Northeast Fourth Place to the west and Northeast 82nd Street to the south.

A city staff analysis notes that the area consists of duplex and multifamily residential units near Biscayne Boulevard, an arterial road.

The proposal would enable owners to redevelop the site for retail, residential and office uses under the Restricted Commercial designation. That designation would allow a maximum of 340 dwellings on the site, though the developer plans to limit that number.

The applicant has proposed this restrictive covenant:

•The property shall be developed consistent with the design intent of the plans entitled “Wave of Shorecrest 82nd Street Master Plan” dated July 15.

•The owners shall not increase the proposed floor area by pursuing a Public Benefits bonus under Miami 21.

•The property shall be developed with a maximum of 232 dwelling units.

Planning Director Francisco Garcia told the commission that the planning and zoning department and the city’s Planning, Zoning and Appeals Board recommended denial of the land use and zoning changes.

The planning department staff recommended denial because, in part, the changes would increase the intensity of commercial use in an area characterized by one-story and two-story residences, and a new designation of Restricted Commercial wouldn’t act as a buffer between the Medium Density Multi-Family Residential properties to the north and the shopping center on the south.

Mr. Garcia also told commissioners that the rezoning request is coming from a private applicant, not the city, and rezoning would apply to an irregularly-shaped area that could be “hard to defend and manage.”

Mr. Fernandez called the neighborhood “a fundamentally changing area,” noted its proximity to the established residential area of Shorecrest, and said the developer has the support of the Shorecrest Homeowners Association.

The area has been identified as a potential future stop for Tri-Rail, Mr. Fernandez told commissioners.

The site is very close to the city’s northern boundary with the Village of Miami Shores. Mr. Fernandez said the zoning on the village’s southern edge has increased density and would allow mixed uses.

He also said the project is designed with no retail uses facing the Medium Density Multi-Family Residential properties across Northeast 82nd Terrace.

Mr. Fernandez said the proposed development might include underground parking.

“Transit-oriented developments try to address that,” he said.

Mr. Hardemon liked the project and said the area might be the next portion of the city destined for “big change.”

The proposed land use and zoning changes will get a final vote later.