Advertisement
The Newspaper for the Future of Miami
Connect with us:
Front Page » Business & Finance » Riverside dining, fish market deal cruises ahead 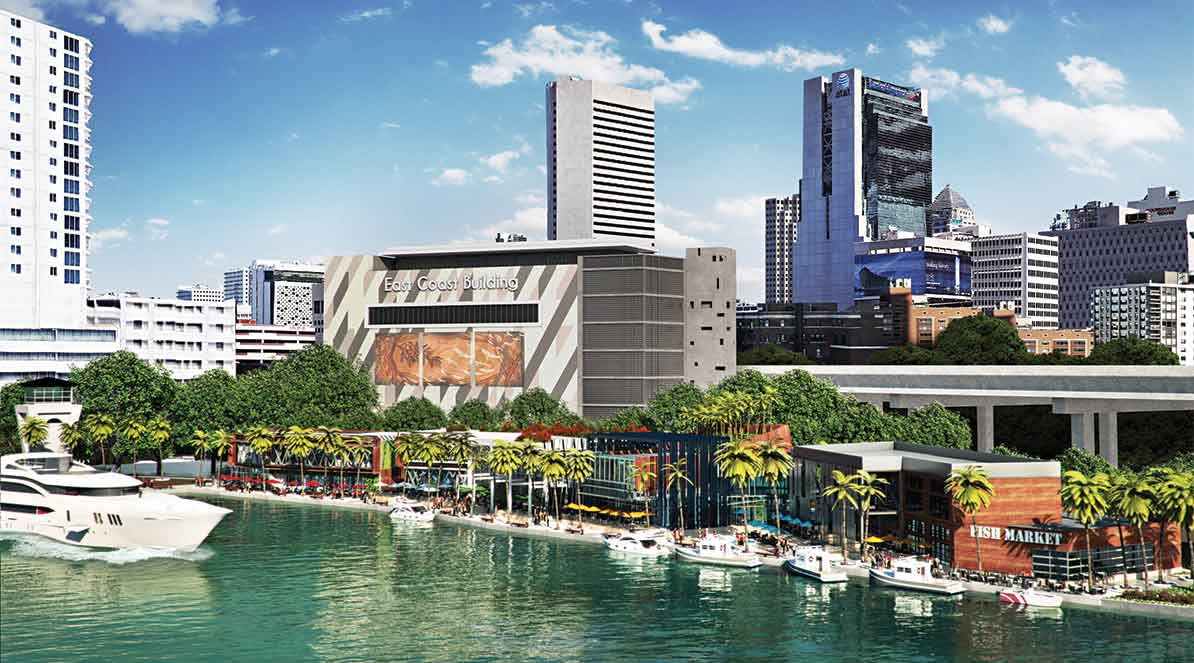 A plan to turn riverfront land into a culinary destination and fresh fish market has the backing of Miami city commissioners and the Miami River Commission.

On Monday the river commission unanimously supported the proposal, and the matter returns to the city commission today (12/10) for approval of a lease and scheduling a referendum for March.

The property includes city-owned land at 236-298 SW North River Drive, on the east side of the river between the Southwest First Street Bridge and I-95, and adjacent private land owned by Alex Mantecon.

Mr. Mantecon has partnered with Luis Garcia, of the family that has operated Garcia’s restaurant for nearly 50 years.

Under the plan from Riverside Wharf LLC, the developers would lease the city land and combine it with the private site to develop a series of buildings housing restaurants. A working fresh fish market would also be part of the plan.

As part of the deal, the developers promise to improve the riverbank and extend a public riverwalk further north and northwest, connecting with a promised riverwalk extending under a new Southwest First Street Bridge.

That section of riverwalk, promised by the Florida Department of Transportation as part of replacement of the bridge, would connect with a portion of new riverwalk that abuts another development bringing a SUSHISAMBA and Duck & Waffle in a new multi-level commercial building on the former East Coast Fisheries site.

The river commission agreed with one of its committees that the Riverside Wharf proposal featuring a fisherman’s wharf and extended public riverwalk would provide a “great attraction” for the community and is consistent with both the Miami River Corridor Urban Infill Plan and the Miami River Greenway Action Plan.

The city had sought proposals for the development and lease of the riverfront property, and the Riverside Wharf project was the sole proposal received by the Department of Real Estate & Asset Management.

Commissioners instead rejected his recommendation on Nov. 19 and directed his office to prepare the legislation by this week’s meeting to advance the lease to Riverside Wharf LLC and call for the special election.

City voters would be asked to approve the lease of the city-owned property.

Commission Chairman Wifredo “Willy” Gort said for a very long time the city has had a beautiful river that’s not being utilized.

He said he supports the project as a way to bring progress and economic development to the area, hopefully spurring more development to adjacent neighborhoods.

Commissioner Francis Suarez said he sees the project as “a visionary completion” of the area. “It’s going to become a destination,” he said.

On today’s agenda is a resolution finding that Riverside Wharf LLC is the top-ranked responsive and responsible firm for the development and lease of the north riverfront property.

If approved, it directs the city manager to execute a lease for an initial 30 years with an option to renew for two 10-year periods, and calls for a payment of the greater of an annual rent of $195,500 or 15% of gross revenues, and provides that the minimum base rent be adjusted annually by the greater of the Consumer Price Index or a 3% escalator.

Execution of the lease wouldn’t confer contractual rights upon Riverside Wharf LLC until voters approve the transaction, as required by city charter. A separate resolution approves a municipal election March 15 asking voters to authorize the lease.

At Monday’s river commission meeting, project architect Raul Carreras from Bermello Ajamil & Partners Inc. described the marrying of two sites and master planning them as one. Riverside Wharf would have four buildings for restaurants and still leave about 65% of the property as open space with river views.

“It draws the public to the riverfront,” he said.

The design of the buildings will be low scale and low intensity, no more than two stories high, said Mr. Carreras.

The project would include about 18 boat slips along the riverbank.

“We plan to create a new dining destination,” said Mr. Mantecon. “We intend to build it all as one project.”