Advertisement
The Newspaper for the Future of Miami
Connect with us:
Front Page » Communities » Pleas to Army fail to shift boat show 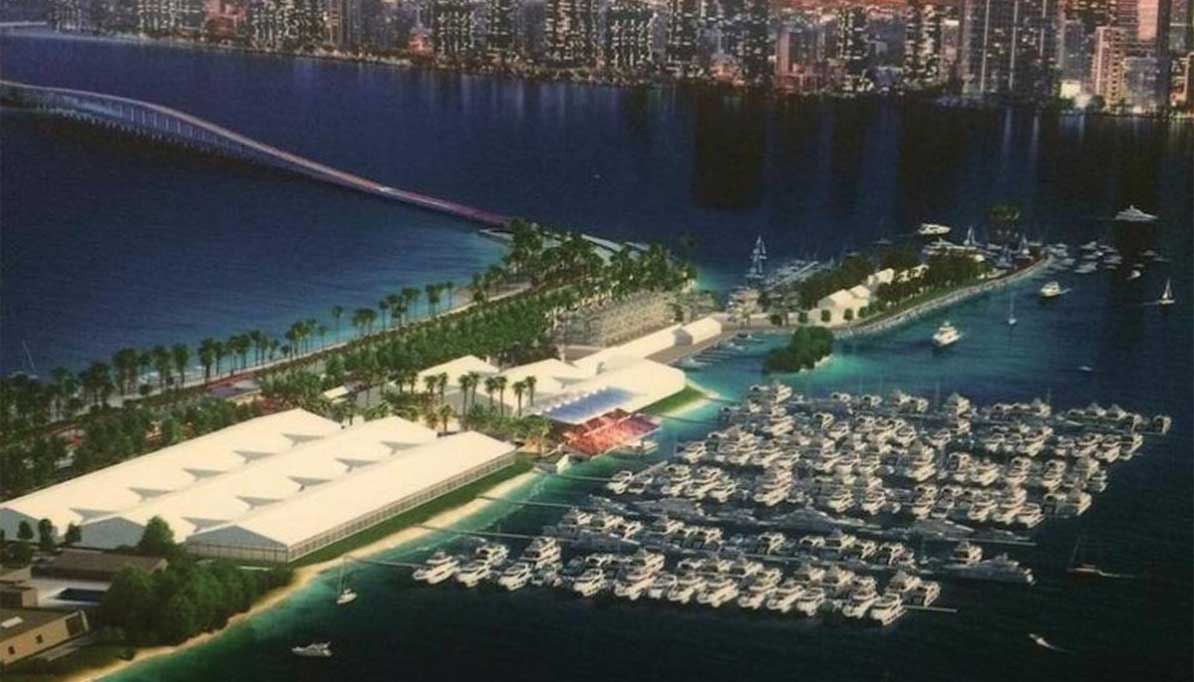 Key Biscayne residents who packed the village hall Dec. 2 begged the US Army Corps of Engineers to put a stop to plans for the 2016 Miami International Boat Show on Virginia Key. Representatives of the corps were there to answer questions about the permit application process for the show.

Time and again, corps representatives said the agency must follow strict regulations and focus on water navigation and cannot consider traffic on roads or other concerns raised by opponents of the boat show at that location.

The meeting started later than anticipated, with village Mayor Mayra Peña Lindsay opening by saying “I think there’s been a miscommunication” after she spoke with the corps representatives on the nature of the meeting.

It was standing room only in the council chambers. More than 100 people filled chairs, some sitting on the floor and others spilling into a hallway.

Many people filled out forms to ask questions or make statements, but several didn’t get a chance to speak as the meeting ended at 7:30 p.m. A corps representative said that was the scheduled adjournment.

Village officials have been at odds with the City of Miami for months over plans to relocate the boat show to city-owned land on Virginia Key, a barrier island linking Key Biscayne to the mainland via the Rickenbacker Causeway.

The city made a license agreement with the National Marine Manufacturers Association, producer of the annual show, to stage the 2016 event on land and water surrounding Miami Marine Stadium.

The city is spending more than $20 million to improve the area around the long-idle stadium into a flex park for multiple uses after the boat show.

Village officials and residents don’t want the boat show on Virginia Key, saying it will choke traffic on the causeway, the only access to the village, and endanger wildlife and the environment. Opponents also voice concerns about the city’s future use of the property and waterfront stadium, saying the changes are too intensive.

The city and the marine manufacturers association defend the plan for bringing the boat show to Virginia Key and the basin, and the association says it is working closely with all governing agencies to secure the needed permits and has devised a parking and transportation plan to ease traffic congestion.

No one from the National Marine Manufacturers Association spoke during the Dec. 2 meeting.

Mayor Lindsay pointed out that City of Miami officials were invited but it appeared none attended.

Some residents present asked the corps to outright deny the permit to the National Marine Manufacturers Association.

Even village elected officials were trying their best to sway corps members.

“We need you on our side,” Councilmember Michael Kelly told the corps representatives.

Ingrid Gilbert, with the corps of engineers, said she didn’t want to sound like the typical bureaucrat but “we have to stick to the regulations.”

Resident David Rocker asked if so-called temporary docks installed in the basin for the boat show would be fully removed after the show.

“Yes, they are temporary marine structures,” responded Albert Gonzalez, with the corps.

Mr. Rocker asked about the removal of inland structures after the show ends.

Mr. Gonzales said inland structures are “outside of our jurisdiction,” noting that the corps’ focus is navigable waterways.

Mr. Rocker said the boat show will be a massive undertaking and is “entirely too large for this site.”

Mayor Lindsay said the city recently changed a request for proposals for an enlarged marina on Virginia Key to take the place of Rickenbacker Marina, and village officials are concerned the additional dockage will adjoin the temporary dockage for the show.

If the city plans an expanded wet slip marina on Virginia Key, Ms. Gilbert said, that would come to the corps in a separate permit application and be viewed on its own merits.

John Shubin, an attorney representing the village, argued that the city’s plan for a marina should be evaluated along with the temporary dockage for the boat show. He said the city ought not to piecemeal plans in the basin to restrict the corps’ review – “That’s exactly what the city is trying to do – piecemeal it.”

Mr. Shubin asked if the permit request from the association was for multiple years.

Ms. Gilbert said it is for five years.

In regard to the effect of increased activity in Biscayne Bay and the basin, Ms. Gilbert said it is typical for the corps to require pre and post resource surveys in order to measure any impact from a use or event.

“We can modify any permit if there is an issue,” she said.

Mr. Kelly spoke of the special nature of Key Biscayne and the worries island residents have about anything endangering their home.

“This is why we live here,” Mr. Kelly said. “We view the [Virginia Key] basin as part of our island.”

“What worries us is the environmental impact,” said Mr. Kelly, as he identified himself to the corps representatives as a member on the village council.

The massive boat show will hurt the environment – “take that into consideration,” Mr. Kelly said.

Mr. Gonzales pointed out that the boat show will require permits from the state and from Miami-Dade County.

A decision on the county permit was postponed last month. County commissioners unanimously voted to defer a permit vote until Dec. 15.

Some residents worried that the installation and removal of the dockage for the boat show would stir up the bottomlands and impact the bay.

Village Vice Mayor James Taintor drew on a large pad of paper to illustrate what he called the three “choke points” in Biscayne Bay and how they may be impacted by the boat show and added vessels on the water.

The boat show organizers plan to use a fleet of water taxis during the show to shuttle attendees in and out of the venue.

Mr. Taintor said the added vessels on the water during the boat show will be “a safety and navigational nightmare.”

The vice mayor suggested restricting the number of water taxis, restricting the routes they can use, not allowing any water travel after dark and making the entire area a no-wake zone.

Mr. Taintor said he fears the bay bottom will look like Swiss cheese if the boat show is allowed to use the venue on Virginia Key for years.

“It is going to destroy that basin,” said Mr. Taintor, asking the corps to not allow the boat show at that location, or take measures to limit it.

His request was met with loud applause from the crowd.

Mr. Garcia said state officials are the ones tasked with water quality matters, and the corps along with other agencies coordinates with the state.

Gregory W. Bush, University of Miami associate professor of history, said the boat show on Virginia Key will deny public access and be a disservice to the public. He said it goes against deed restrictions.

Mr. Bush told the corps representatives about a 2010 master plan for Virginia Key that called for a planning oversight board for the entire island. He said the Miami City Commission approved the master plan but has not followed it.

Don Elisburg said he’s on a condo council that represents more than 4,000 Key Biscayne condo owners and that fully supports the village council in fighting the boat show. He pointed to the packed room as evidence of the importance of the issue to residents.

“You’ve got a bear by the tail here,” said Mr. Elisburg, looking at the corps representatives.

“You got caught up in stealth project,” he said, as he scolded the corps representatives. “You’ve simply not done your homework.”

“There are 12,000 people here worried about how they’ll get to the hospital” through the traffic jams created by the boat show, said Mr. Elisburg.

“The city decided to fast-track this,” he said, without studies on its potential impact. “Shame on you… this thing just isn’t right,” he concluded to robust applause.

Earlier that day, a circuit court judge had dismissed a lawsuit the village filed against the National Marine Manufacturers Association.

The village government had demanded that the association produce all of its records related to its license with the city, citing Florida’s Public Records Act. The association rejected the request, saying it is not subject to the act.

The village sued April 22 to compel disclosure. The association later asked the court to throw out the case.

The court said the village failed to prove the association was subject to the records act and granted the request for dismissal. The village has the right to appeal the decision.

A separate lawsuit the village filed against the City of Miami over the boat show remains unresolved.

8 Responses to Pleas to Army fail to shift boat show