Advertisement
The Newspaper for the Future of Miami
Connect with us:
Front Page » Government » New committee could shape Virginia Key 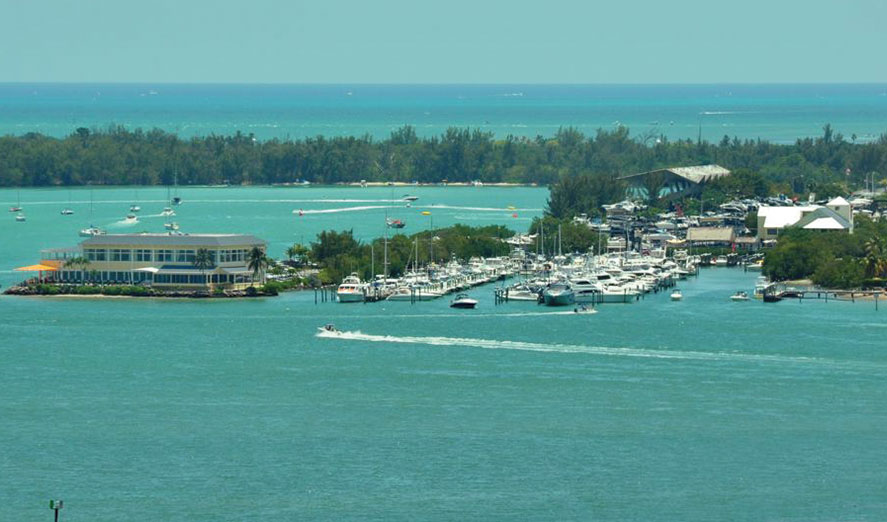 The fate of Virginia Key could be shaped by a new advisory body proposed by Miami City Commissioner Francis Suarez.

The city commission is set to consider the first reading of an ordinance to create a Virginia Key Steering Committee during today’s (12/10) regular meeting.

The proposed advisory committee would have a say in the renovation and reopening of long-idled Miami Marine Stadium, and the future uses of Virginia Key, a barrier island that connects the mainland to Key Biscayne via the Rickenbacker Causeway.

The stadium – abandoned since Hurricane Andrew’s destructive path in 1992 – and the marine basin it fronts off Biscayne Bay, have been the focus of attention and debate in the past year.

The city has granted the National Marine Manufacturers Association a license to host its annual Miami International Boat Show from land and water surrounding the stadium. Restoring the stadium itself is not part of the deal.

The first show at the new location is set for February 2016.

The association is to pay the city $1.1 million a year and 50% of food and beverage sales income at the show. The license is not for a fixed term, and may be terminated or revoked by the city at-will. Although there is no binding long-term agreement between the city and the association, the city can review the license after five years.

The city is spending more than $20 million to improve the land around the stadium into a flex park.

The flex park is being developed for long-term uses. Once the boat show makes its exit at the close of the February 2016 show, the flex park would have new sporting fields and open space available for use.

Bringing the boat show to the island and the intensity of possible future uses at the flex park have led to a prolonged legal battle with the Village of Key Biscayne, with village officials and residents complaining of traffic gridlock on the causeway and harmful impacts from over use of Virginia Key.

As debate intensified this year over the fate of Virginia Key, city leaders said the boat show proposal has led to the opportunity to dust off a 2010 master plan for the island.

The proposed Virginia Key Steering Committee would “advise and make recommendations to the city commission regarding the mission, vision, business plan, governance, and operation of Virginia Key, its abutting property and basin, and implementation of the Virginia Key 2010 Master Plan,” according to the legislation.

The city seeks a unified planning mechanism for the entire key, implementing the many elements of the 2010 Master Plan as it relates to the entirely of the island, it says.

The ordinance states that Miami Marine Stadium is of great architectural merit, has received international recognition for its design and is designated as a historic resource.

“The city and others are interested in developing a long range plan for the restoration, reopening, and promotion of Miami Marine Stadium and Virginia Key,” the legislation says.

The committee’s 11 voting members would serve without compensation. Most would serve one-year terms.

The commissioner of District 2 would appoint one person to the committee, as the island is in District 2.

The ordinance calls for appointments by the mayor; the director of the Department of Real Estate and Asset Management; Key Biscayne Village Council; the county commissioner for District 7; Dade Heritage Trust; the National Trust for Historic Preservation; Friends of Marine Stadium; Urban Environment League of Greater Miami; and the Historic Virginia Key Beach Park Trust.

The city commission would appoint a member of a county-based, non-profit environmental preservation group.

The commission could remove any member by majority vote without cause.

The purpose, powers and duties of the committee would be:

•To seek the best mode of governance for Virginia Key.

•To consider the short- and long-term vision for Marine Stadium restoration, development and use.

•To oversee and guide all island wide land following the 2010 Master Plan.

•To consider the best business model for the Marine Stadium to operate sustainably so that it would function like an enterprise fund without city subsidy.

•To hold hearings and meetings.

•To issue written reports making recommendations to the city commission.

•To advise the city commission and recommend any changes and to help the city better promote the Marine Stadium and Virginia Key.