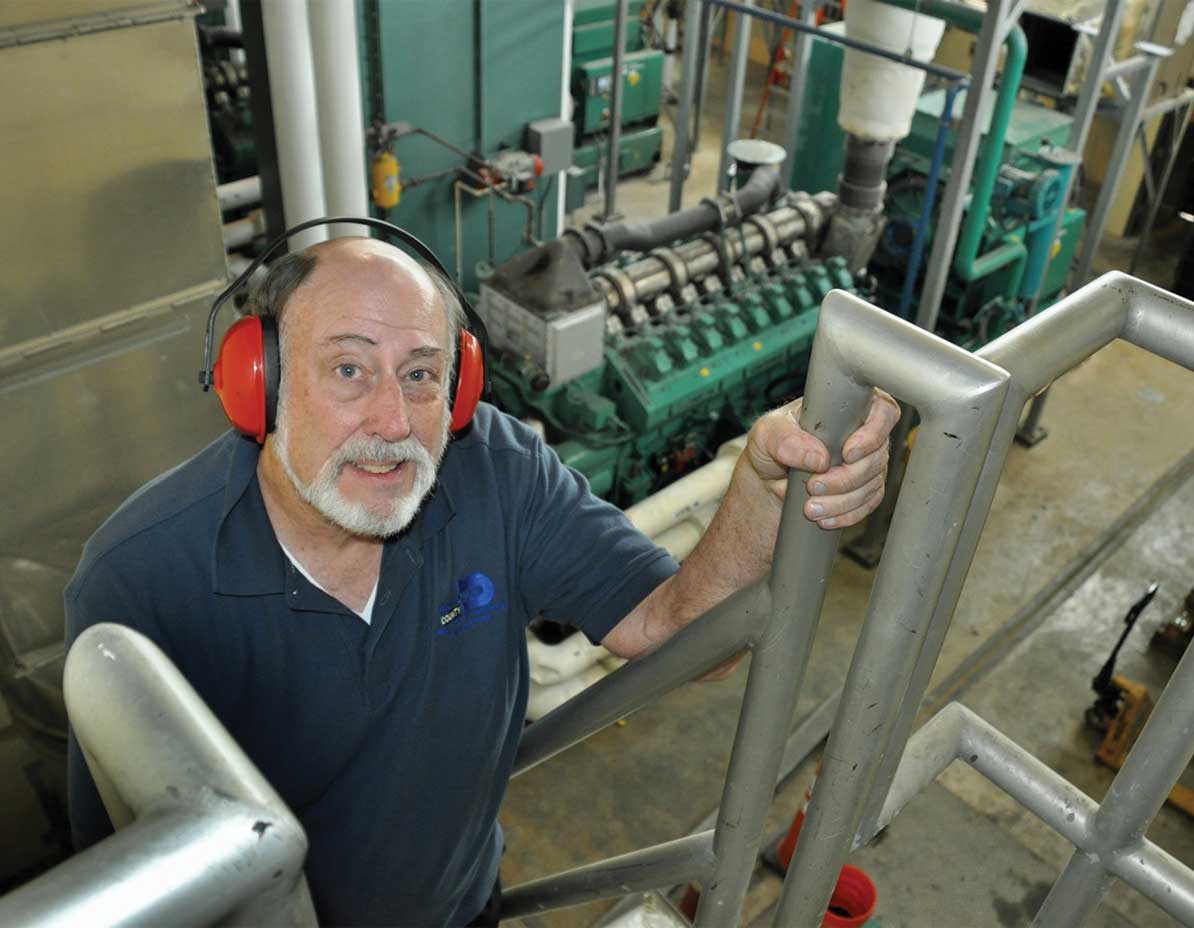 The Miami-Dade Water & Sewer Department’s plan to save money at the South District Wastewater Treatment Plant’s cogeneration facility has met with some setbacks, but solutions are now on the way.

Planned improvements are geared to cut energy costs at the treatment plant, which already generates electricity from digester gas produced onsite, by providing additional cogeneration from methane gas from a nearby landfill.

“Using all biogas provides a cost savings of approximately $650,000 per year per 2 megawatt cogeneration unit operating on biogas and natural gas,” said Lester Sola, the department’s director. “Not only would we be less dependent on purchasing electricity, thus realizing a cost-savings, but utilizing the methane gas in this method is also an environmental benefit.”

It is anticipated that the project might produce up to 63,800 kilowatts every day.

“If we have as much methane and digester gas as we think we’re going to have,” said Deputy Director Douglas Yoder, “they can probably account for as much as 90% of the plant’s daily needs.”

A technical issue with the switchgear – which belongs to Florida Power & Light and regulates when the plant switches to power from FPL – turned out to be “a more complicated matter than we had anticipated,” Dr. Yoder said. “We have been meeting with FPL and have an agreement in principle. After that’s executed, they will go into a design process. So it will probably take another year or so.

“In the meantime we are operating at least one of the engines with the landfill gas, and it certainly helps with power production. So we’re still on the journey, but we’re getting closer.”

The treatment plant has four cogeneration units installed now, he said, with one more planned.

Due to the improvements at the facility, the department must also obtain a revised Title 5 Air Emission Permit from the federal Environmental Protection Agency ensuring that it meets national emission standards for hazardous air pollutants.

“I don’t see that as being a problem,” Dr. Yoder said. “We are pulling together all the data that is needed, and we’re likely to have that taken care of by the time we have the additional connection capacity from FPL.”

In October the county’s Water & Sewer Department won two awards for the water treatment plant’s design efficiencies and its contributions to sustainability.

The improvements to the cogeneration facility won the Design Build Institute of America’s 2015 Best Overall Award for the Florida Region in the water/wastewater category.

Also, the Association of Metropolitan Water Agencies honored the department with its Sustainable Water Utility Management Award, recognizing “water utilities that have made a commitment to management that achieves a balance of innovative and successful efforts in areas of economic, social and environmental endeavors.”