Advertisement
The Newspaper for the Future of Miami
Connect with us:
Front Page » Top Stories » Key tennis stadium goes to court 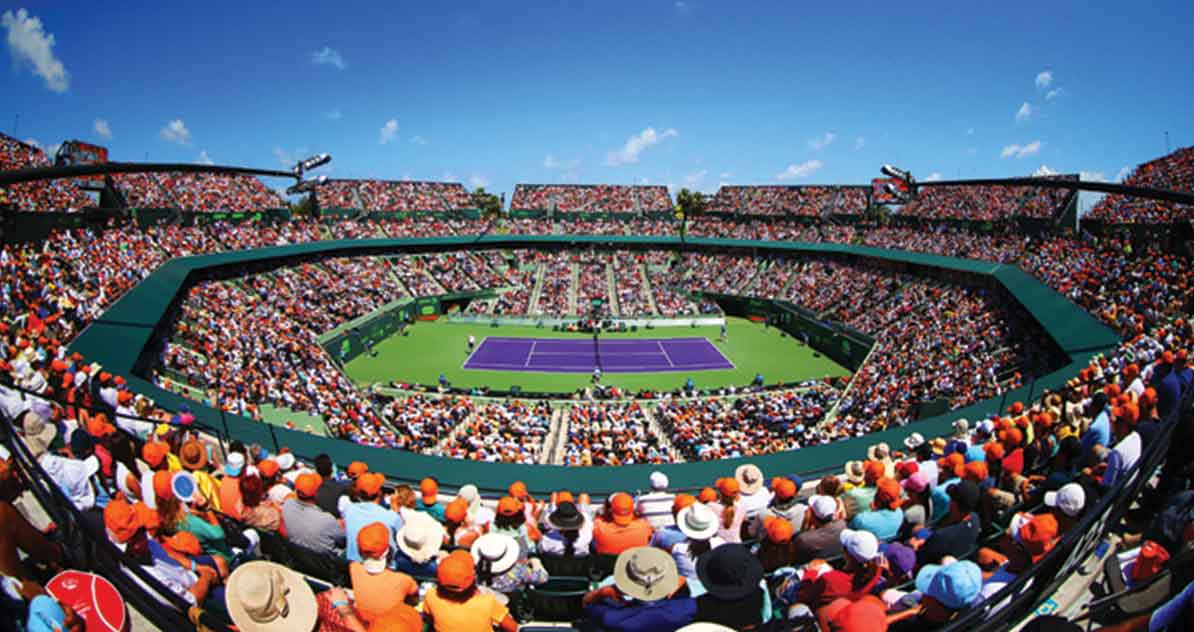 A three-judge Third District Court of Appeal panel is to hear oral arguments Dec. 9 concerning control of Key Biscayne’s Crandon Park, where the Miami Open tennis tournament has been played since 1987.

At issue next week in this ongoing litigation is tournament organizer International Players Championship’s February appeal seeking to reverse Judge Marc Schumacher’s September ruling in favor of the Matheson family’s effort to keep the park as it is now.

The family donated the land for Crandon Park in 1940 and does not want tournament use expanded for more stadiums. International Players Championship, however, maintains one permanent stadium isn’t enough to keep the tournament going and wants to add three permanent stadiums in the park.

In April 2014, the tournament organizer filed a seven-count lawsuit against Miami-Dade County and the Matheson family, claiming they had committed “fraud on the court” in a 1993 settlement that created the Crandon Master Plan, which protects the 32-acre Crandon Tennis Center from further commercial development.

All seven claims failed because they were filed too late. Mr. Schumacher found that the chief claim of fraud on the court by entering into a settlement agreement and creating the master plan was “fanciful at best.”

In short, Bruce Matheson said, the International Players Championship is attempting to overturn a 20-year-old settlement agreement and a 15-year-old final judgment.

On Dec. 9, the three-judge panel in the Third District Court of Appeal will give attorneys 10 minutes each to argue and explain their stance on the appeal. The panel will ask questions and then ponder the case. Their decision could take months.

Mr. Matheson, who represents the family, told Miami Today this week that the tournament is not in jeopardy as director Adam Barrett claimed in a May 5 letter to county Mayor Carlos Gimenez. Mr. Barrett told the mayor the Miami Open is here for the short term but its very existence hangs in the balance because “Miami-Dade government, by many specific and deliberate acts spanning the last quarter century, steadily has abandoned its control and governance of the totality of Crandon Park and carelessly ceded that control to Mr. Matheson.”

In August, Mr. Barrett told Miami Today that Mr. Matheson is virtually holding the tournament organizer hostage with what he claimed is Mr. Matheson’s insistence on determining the use of what really belongs to the public.

Mr. Barrett also said he could not believe that the mayor believes 800 acres should be controlled by one person and said he thought Mr. Gimenez would want the park to be controlled by elected officials to do what’s in the best interest of the public.

The county’s policy is to not specifically comment on pending litigation, said Michael Spring, advisor to the mayor. In August he told Miami Today that the county is proud of its stewardship of our “outstanding parks department,” including its largest park, Crandon.

“We strive to balance the needs of all park users with the restrictions in place on the development and use of Crandon Park,” Mr. Spring wrote. “We continue to be very supportive of the Miami Open and are working cooperatively with the tournament to ensure the ongoing success of this major sports event.”

On Monday, Mr. Matheson told Miami Today the tournament is not in jeopardy because it has eight years left on its contract with Miami-Dade and does not intend to renege.

He said the tennis promoters have known of prohibitions from further development of Crandon Park since 1993 “because they participated in the settlement negotiations.”

The tournament organizer has made much of a 2012 referendum held to garner support for the proposed expansion, but Mr. Matheson said the ballot did not tell the voters that the expansion was prohibited.

“The referendum also did not tell the voters that it would require the county to pay the International Players Championship $1.8 million a year to take over management of the public tennis center,” he said. Moreover, he said, the county would pay $1 million a year to a capital improvement fund for 14 years, pay up to $8 million in environmental remediation and would excuse the tournament organizer from its obligation to having to pay 10% of its revenues to Miami-Dade to support Crandon Park.

Mr. Matheson sued the county over the referendum, a case pending in the Third District Court.

“For the past 25 years and encompassing four lawsuits, the Matheson family has been fighting to protect Crandon Park from unlimited commercial exploitation and to preserve it for future generations of citizens from Miami-Dade County,” he said, pointing out that the appeal court called the park “a sylvan spot of tranquility.”