Advertisement
The Newspaper for the Future of Miami
Connect with us:
Front Page » Business & Finance » Decades of plans become surgery hub 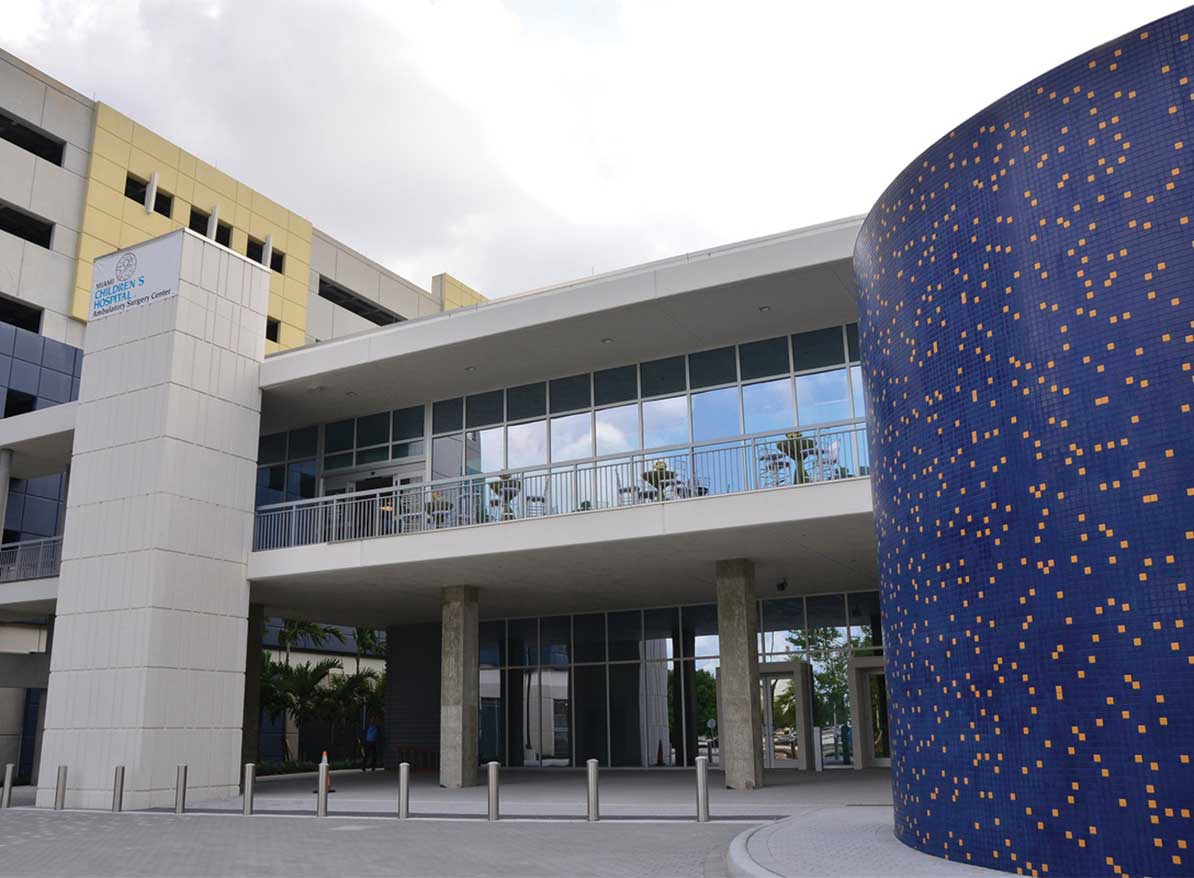 The concept came to fruition this year with inauguration of the hospital’s Ambulatory Surgery Center, the first of its kind in the region. Plans for such a center are more than 20 years in the making, said Chad Perlyn, the center’s medical director and board chairman.

“The notion of wanting to have an outpatient ambulatory surgery center for the children of South Florida has been very real and a goal of many generations of physicians who are involved with the hospital,” Dr. Perlyn said. “A group of us got together and said now is the time. The hospital felt the same.”

In collaboration with Nicklaus Children’s Hospital, a group of physicians launched and now run the center from two leased acres on Florida International University’s Modesto A. Maidique Campus in west Miami-Dade County. Although FIU is not an owner of the center now, Dr. Perlyn said the potential for further partnership exists. The medical facility will be used by FIU students for educational purposes.

The Ambulatory Surgery Center is co-owned by a group of about 20 physicians and the main hospital, which is a standard model for surgical centers throughout the US, Dr. Perlyn said. It employs about 30 physicians, most of whom are also employed at the main hospital.

“Nothing changes. In terms of the quality of care, the standard of excellence, the continuity of care, the ability to seamlessly integrate electronic records between the hospital and the center, the safety protocol; everything we do at Nicklaus Hospital, we follow the same protocol and procedures at the surgery center,” he said. “It lets a surgical center become an extension of a main hospital.”

A separate center – co-owned by practicing physicians – to care for children in need of less complex outpatient procedures has a slew of benefits; the center’s founding physicians said.

First, the center has the capacity to handle 3,000 to 4,000 cases per year that would previously have been handled at the main hospital.

“There was a shortage of operative availability and time,” said Craig Spurdle, an attending pediatric orthopedic surgeon who works at the surgical center. The volume of cases at the main hospital was tremendous, Dr. Perlyn said. The new center helps to shrink the waiting list and waiting times for children in need of more invasive procedures done at the main hospital and others needing minor surgery at the center.

Second, the project allowed physicians to create a less stressful environment for families and their children, who would be at the center for a short period during minor procedures.

Dr. Perlyn also pointed out another practical benefit: having outpatient procedures done at an outpatient center is less costly than doing so in an inpatient hospital setting.

“When physicians have a real understanding of the financial implications of running a center, the efficiency of care and the cost savings change dramatically,” he said, using a pack of sutures to illustrate his point. In a typical operation room setting, a nurse preps everything for the surgeon, which can mean opening five to ten packets of sutures. Whether or not the five to ten packets are actually needed isn’t known until the surgery is underway. In a surgical center, however, it’s a more “use as you need” type model, Dr. Perlyn said.

Once physicians grow accustomed to that mindset, they carry it with them outside the center’s environment.

Another added benefit of having physician involvement, Dr. Spurdle said, is that the center was designed by individuals who know how pediatric operations work. Having physician input makes the environment safer.

“The surgical center model is increasing in South Florida,” Dr. Perlyn said. “We do hope that in the future we are able to take this model and bring it to other communities.”