Advertisement
The Newspaper for the Future of Miami
Connect with us:
Front Page » Business & Finance » Tailspinning Brazil off chamber mission list 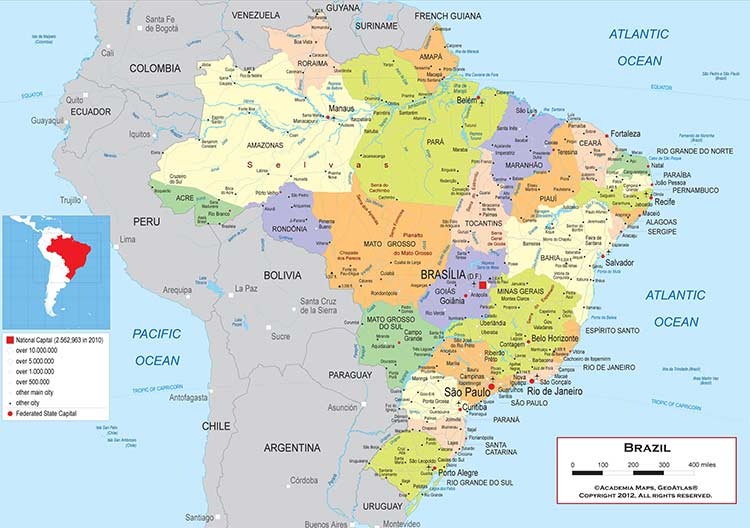 It was a case of “too much bad news” at the wrong time, he said.

Participants were to travel to three cities – Campinas, São Paulo and Porto Alegre – from Oct. 24 to 31.

“Brazil has a growing middle class with a real hunger for US goods and services,” Maria Cameron, Brazil senior desk officer for the International Trade Administration within the US Department of Commerce, told potential mission delegates during an August meeting. The trip had already been pushed back once from its originally planned June departure.

Although Mr. Gomez acknowledged that pockets of opportunities exist in a down economy, the depreciation of the Brazilian currency and reports of political scandal deterred the delegation from flying south.

“When we start receiving so much bad news, people start thinking twice before conducting business in that country,” he said. “In the end, we were very hesitant and didn’t want our business leaders to waste their time. It wasn’t the right time.”

Meanwhile, plans for the committee’s upcoming trade mission to China remain strong. So far, about 20 delegates have signed up.

Scheduled for Jan. 16, the trip includes visits to Hong Kong, Shenzhen, Guangzhou and Shanghai. The Asian Financial Forum in Hong Kong, one of the world’s largest financial events, will take up the mission’s first two days. A series of seminars in which delegates will showcase Miami’s business opportunities to Chinese businesses and investors will take place in each city.

The chamber targets 20 to 25 participants.

This will be the chamber’s second trade mission to China; the first came early this year in conjunction with the Florida International Bankers Association and featured stops in Hong Kong, Guangzhou and Shenzhen.

The second China trip is but one of an array of initiatives Miami’s business community has taken on to extend its outreach to Asia.

“From the chamber’s perspective, if there’s going to be significant Chinese-Asian presence in Miami, we have to prepare for it,” Seth Gordon, chair of chamber’s new Asia-Miami Taskforce, said in the committee’s first meeting during the summer. The Florida International Bankers Association also launched its own Asian Markets Committee this year.

Miami International Airport joined in this month with the launch of its Asia Task Force. The airport aims to include the community’s Asian-outreach coalitions and have them back the airport’s efforts to secure a nonstop flight reaching China, Taiwan and surrounding areas.