Advertisement
The Newspaper for the Future of Miami
Connect with us:
Front Page » Government » County hall site eyed for bus depot 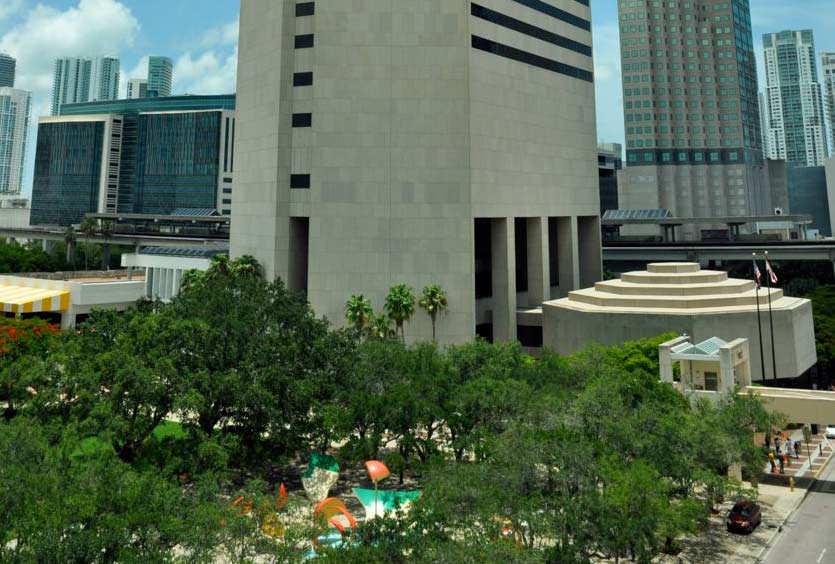 Should railway developer All Aboard Florida build its bus depot and parking garage on the grounds of county government’s Stephen P. Clark Center, Commissioner Bruno Barreiro wants to be certain any green space the project removes is replaced nearby.

To that end, he is sponsoring legislation scheduled to come before commissioners Dec. 1 that would require any agreement with the county for the depot and parking structure on what is now county land to stipulate that the county must get approval from the Federal Transit Administration and Florida Department of Transportation for conversion of an existing bus depot into a park.

If the county receives the approval, the lease/development agreement would require All Aboard Florida to undertake the park conversion in accordance with plans developed by the county’s Parks, Recreation and Open Spaces Department.

If the transportation agencies don’t approve conversion of the existing bus depot at 51 SW First Ave. into a county public park, the Stephen P. Clark Center green space would be given the designation of a public county park.

Located at 111 Northwest First St., the county-owned Stephen P. Clark Center – which many call county hall – has green space on its west side that Mr. Barreiro said is too small to officially call a park but is vital for the center of county government.

“I’ve been fighting for this green space, which is public ground,” he told Miami Today on Tuesday. The grounds consist of a public art installation, fountain, paved pedestrian walkways and open space that includes a jogging track and exercise equipment. “[All Aboard Florida] can’t take it away without providing public green space somewhere else nearby.”

Although the county commission welcomes any development near the Clark Center that would stimulate the economy and improve transportation options, the resolution states, the commission also wants to ensure that area green space is preserved.

By designating either the Clark Center land or the existing bus depot as a county public park, the resolution says, the commission would protect land near the Clark Center from development, thereby ensuring that green space in the area remains available for public park uses.

All Aboard Florida, a subsidiary of Flagler Development, plans to run the Brightline from Miami to Orlando, creating a railway line from scratch. That railway is to serve as the backbone for a major cluster of buildings to rise, starting at Flagler Street and running eight blocks north in one of the area’s largest real estate developments. The bus depot would be one piece of that puzzle.

The railroad plans similar but smaller development nodes at its other South Florida stations in Fort Lauderdale and West Palm Beach.