Advertisement
The Newspaper for the Future of Miami
Connect with us:
Front Page » Transportation » State DOT no longer wants MIC ownership 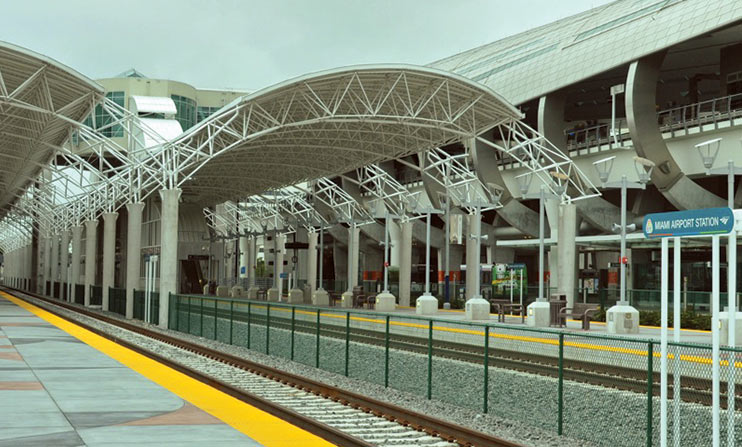 The Florida Department of Transportation is no longer willing to own and operate the Miami Intermodal Center (MIC), so county officials are looking for ways Miami-Dade can maintain control of what they describe as its central transportation station.

However, while a number of commissioners believe the best scenario is for the county’s Transit Department to keep the intermodal center within its portfolio, it will be an expensive endeavor.

Alice Bravo, director of the county’s Department of Transportation and Public Works, said that in 2009 the estimated cost of operating the MIC was $1 million a year. “Now, we know it is more,” she said, adding that today it would be approximately $2 million a year which is not in her department’s budget.

“Back in 2009, the steering committee for MIC made decisions for where [the intermodal center] would go with financial considerations,” Ms. Bravo said during a discussion last week at the Transit & Mobility Services committee. “At the time, it was deemed MDX [Miami-Dade Expressway Authority] would subsidize it. I don’t know if a lot of those factors have changed.”

In 1999, the FDOT and Miami-Dade County entered into an agreement detailing their respective obligations to finance, design and construct the MIC adjacent to Miami International Airport.

The FDOT conveyed the Rental Car Center to the county for incorporation as property of the Aviation Department in November 2011 and retains ownership of the balance of the facilities making up the MIC.

FDOT District Six Secretary Gus Pego said the state has delivered on its part of the agreement and it’s time to “pass the baton” to another agency. He added governance issues of the MIC have been ongoing since 2011 and MDX considered “stepping up” to operate the facility if it’s cost neutral.

MDX Executive Director Javier Rodriguez reiterated such terms, saying his board accepted the terms of taking over ownership and governance of the MIC with conditions that it be cost neutral. He said MDX will front the financing to build additional facilities so the MIC can generate more revenue but must have a guarantee it will be paid back.

Chairman Esteban Bovo Jr. said last week and during prior committee meetings that he does not want MDX governing the MIC. Rather, Mr. Bovo’s first choice is for the county to own and operate the intermodal center. Should that not be feasible, his second choice is a “hybrid” ownership and governance between MDX and the county.

Additionally, Mr. Bovo asked that the contract with FDOT give right of first refusal to the county, should MDX take over the MIC and ever want to sell it.

Commissioner Dennis Moss said “you can feel the way you want about MDX but it is a major part of dealing with our transit issues in this community.” The county does not have the resources to pay operating costs of approximately $2 million a year, he said,  but MDX does and is in the best position to “do what needs to be done” right now at the MIC.

Nor can FDOT continue to pay some $250,000 a month for basic maintenance, he said.

“I’m looking for enhanced maintenance and MDX can do it,” Mr. Moss said. “Their facilities are well-maintained; they have a proven record of maintenance.”

Mr. Moss said there can be a required commitment in an agreement with MDX that 100% of excess revenue from owning the MIC go to operation and maintenance of transportation.

The committee approved legislation that asks the mayor’s office to develop a plan citing ways the county could use the MIC if the transportation department transfers it. The full commission is expected to discuss and take action on the resolution Dec. 1.