Advertisement
The Newspaper for the Future of Miami
Connect with us:
Front Page » Transportation » MIA announces new and improved mobile app 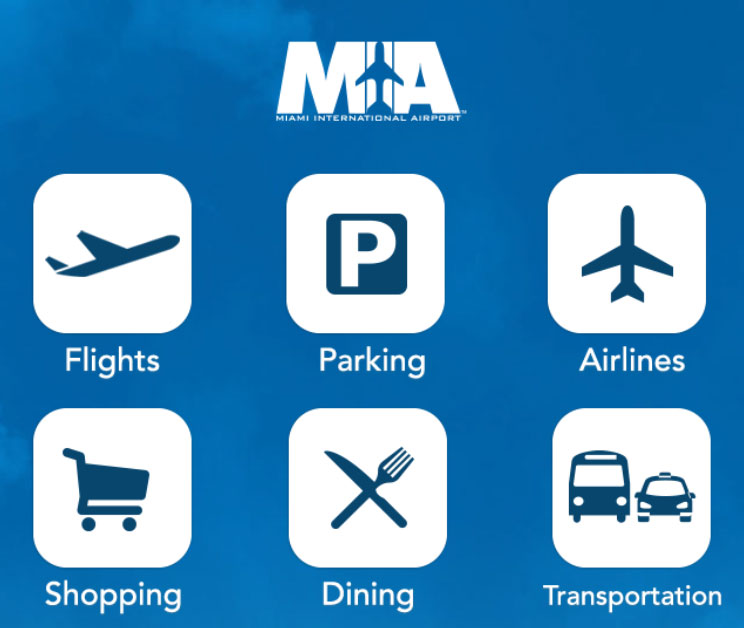 Miami International Airport has a new mobile application in the works, which will be a new and improved version of its existing app – MIA Airport Official – that launched last November.

The second version of the app will be released early next year, airport officials said.

The current app allows a user to search for flight information and record where he or she parked. It also shows the different parking fees associated with the airport’s various parking facilities. Additional features include a dining and shopping directory equipped with maps, ground transportation information, an airport map, and an “Around Me” portal that allows passengers to pinpoint their location and view all amenities within a five-minute walk.

“We put out last year a way-finding app for the Miami International Airport, knowing that we were going to have to update it right away,” said the county’s aviation director Emilio T. González.

Describing the app as “state-of-the-art” and “unlike anything at any other airport,” Mr. González said the mobile platform will be integrated with the airport’s beacon technology. Beacons, tiny location transmitters based throughout MIA’s terminals, can interact and send notifications to mobile devices. Miami’s airport has 500 beacons installed on its grounds.

Beacons will be used to communicate with passengers via the new airport app, acting as a personal airport guide, Mr. González said. The new app will quickly inform passengers about flight delays, gate changes and the number of minutes they have before boarding commences.

The airport director stressed that within two years, MIA went from an airport that lacked a social media presence to one with an award-winning social networking platform. Pushing forward with mobile solutions for its passengers is one way the airport is adapting current technology to operate more efficiently.

MIA has also worked with the US Customs and Border Protection to make the department’s Mobile Passport available for its passengers. When the airport adapted the technology in February, it was one of two US airports to do so.

Also a mobile application, the Mobile Passport expedited a passenger’s entry into the US. It allows travelers to enter and submit their passport and customs declaration information on their smartphone or tablet.

When a traveler’s documentation is approved, he or she can move to the front of the line and scan their smartphone or tablet, Mr. González said, adding that about 50% of MIA’s passengers qualify to use the app due to legal restrictions regarding US citizenship and residency.