Advertisement
The Newspaper for the Future of Miami
Connect with us:
Front Page » Government » County delays decision on boat show permit 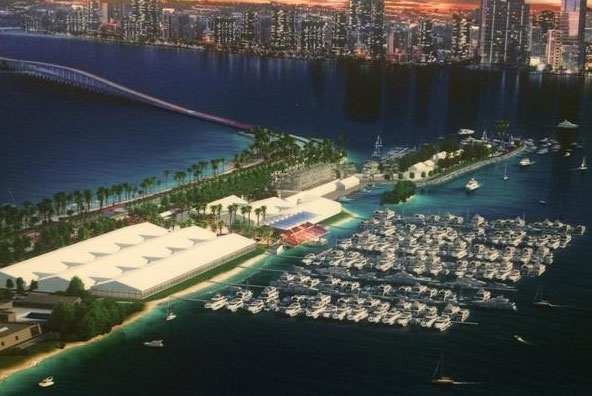 At issue Tuesday was whether approving a permit and request for a variance by the National Marine Manufacturer’s Association and the City of Miami’s Department of Environmental Resources Management for use of the historic Virginia Key basin during the boat show on Feb. 11 would violate a deed restriction that the property be used strictly for marina and allied uses.

Opponents of the boat show being held at the city-owned site also said Virginia Key is a pristine area that shouldn’t be ruined by what will most certainly disrupt the environment. They also claimed traffic congestion will be so bad that few will be able to get to Key Biscayne during the five-day boat show, and 90 days of preparation will inconvenience island residents who need to get to and from work.

A large group of Key Biscayne residents spoke against granting the permit for slips, variance for non-water dependent floating devices over tidal waters and seven water taxi stops to shuttle attendees. Key Biscayne Mayor Mayra Peña Lindsay and land-use attorney John Shubin hired to represent the village also voiced objections. Mr. Shubin said the entire application is predicated on a false assumption that the requested installation of a temporary 830-slip docking facility is for temporary use. “This is 100,000 people going to a specific location for five days and at least 90 days when people won’t be able to go to the site,” he said. “In our opinion, that’s not temporary.”

Xavier Suarez asked that the commissioners defer voting on the matter until the Dec. 15 meeting. In the meantime, he said he’d like an opinion from the county attorney’s office on whether granting the permit affects the deed restrictions, which were part of the conveyance of land when the county conveyed the property to the city in 1963.

Mr. Suarez also said a three-year variance is “highly objectionable” when the lease could be cancelled by the city any given year as it will be analyzed for compliance annually. “A variance makes no sense,” he said. “This is something that should be, at most, very temporary.”

The US Department of Environmental Protection and the US Army Corps of Engineers are also going through an approval process that Mr. Suarez said commissioners should wait to hear the outcome of before deciding the matter.

The City of Miami and the Village of Key Biscayne are in litigation over the deed restriction. John Credo, deputy city attorney, said legal issues of compliance are being fully argued in circuit court.

“We could be an indispensible party in the litigation,” Mr. Suarez said in his pitch to defer.

Just before commissioners unanimously agreed to defer the vote, Jose “Pepe” Diaz questioned the wisdom of waiting, given time issues for the boat show organizers.