Advertisement
The Newspaper for the Future of Miami
Connect with us:
Front Page » Real Estate » Commercial land values soar in Design District 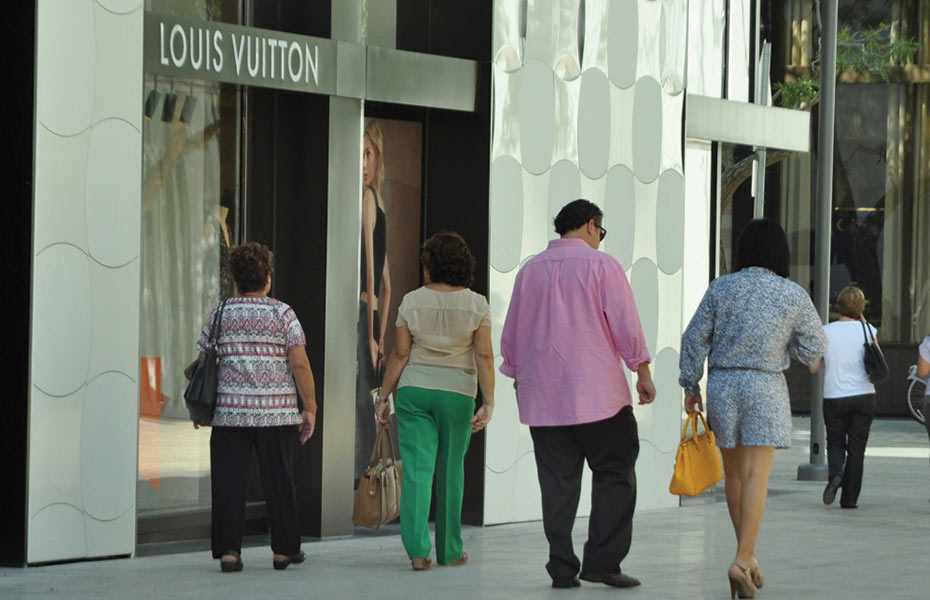 As the Tory Burches of retail move in, the real estate values move up.

Miami’s Design District is poised to become the Rodeo Drive of South Florida, and developers are catching on. The emerging neighborhood’s impressive catalog of top-shelf merchandise and world renowned brands is giving Miami Beach’s Lincoln Road a run for its money.

“These are Lincoln Road prices,” said Lyle Chariff, founder and owner of Chariff Realty Group. “These are New York prices.”

New York-based developers, a unique group of professionals accustomed to swapping land at sky-high prices, are flying south to buy the district’s now-scarce parcels. Developers like TriStar, Brooklyn-based RedSky Capital and London-based JZ Capital are paying close to – or more than – $3,000 per square foot for Design District property. They’re amassing swaths of dirt and buildings in a neighborhood whose real estate values are on a fast-lane to the top.

“They have the vision,” Mr. Chariff said. “They assume that we’re going to be able to keep bringing these [high-end] tenants, and eventually there will be the sales to justify the rent that will justify the property values.”

Mr. Chariff said land prices are as high as $4,000 per square foot, whether there’s an existing building on the site or not.

“Very few places in the world other than New York have prices of these levels,” he said.

The experienced developers closing in on the area understand what a top-of-the-market district can look like and appreciate the corresponding rental values, said Ken Krasnow, executive managing director of South Florida at Colliers International.

“I don’t think they’re deterred from a rapid rise in values because there is such high demand from companies wanting to be in the Design District,” Mr. Krasnow said.

The more developers buy and the more luxury brands flood in, the more solid the district’s values become, said Steven Gretenstein, VP & COO at Dacra. The recent interest by a number of developers, he said, validates the district’s high-valued market.

But there are few sellers on the market at this point in time. Supply is increasingly scarce, said Tony Arellano, executive VP of Metro 1 Commercial. He believes owners will hold onto their property as the district continues to evolve.

“These are irreplaceable assets,” Mr. Arellano said. “The Design District, in my opinion, is just getting started.”

Still, the $150 to $300 rental range is a bargain for brands like Hermès and Louis Vuitton, Mr. Arellano said. He contends such rates aren’t that more expensive than rates at a regional shopping mall. When the district matures and comes to full fruition in 2018, he said, rental rates will surpass $300 and land prices will hit $5,000 per square foot.

“Everybody believes that the tide is rising in the Design District,” he said.

Come 2018, Miami will see just how high that tide will rise.