Advertisement
The Newspaper for the Future of Miami
Connect with us:
Front Page » Communities » City commission backs OK of self-storage facility 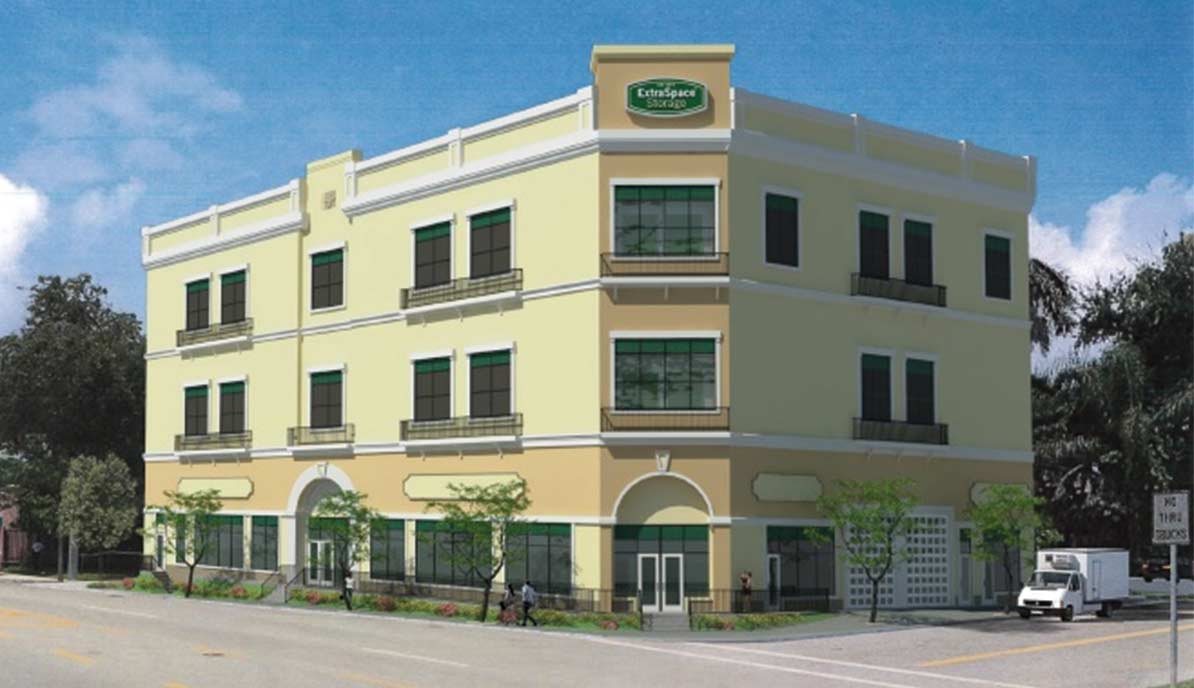 Miami city commissioners are backing up the action of the city’s planning director in granting permission for a self-storage facility to be built in Little Haiti.

Some neighboring property owners appealed and in June the city’s Planning, Zoning and Appeals Board ultimately granted the appeal and denied the warrant.

Banner Storage then appealed that decision to the city commission.

The company plans to construct a five-story building as a self-storage business on the Northeast Second Avenue site, between Northeast 56th and 57th streets, in an area also known as Lemon City.

A history of the proposed project shows that the original plan was submitted to the city’s planning and zoning department for review on July 29, 2014.

The project was referred to the Projects Review Committee for evaluation. The committee requested that the exterior design of the project be revised to conform to the Little Haiti – French Creole design standards. As a result of these comments, the exterior façade was modified.

The city’s zoning code, Miami 21, allows a storage facility use in an Urban Core Transect Zone but requires a warrant be issued, which calls for a closer review of a proposal.

The application for the warrant was found sufficient. Mr. Garcia approved the warrant for the storage facility on March 13 with conditions.

The warrant lists several findings, including: “The proposed self-storage facility incorporates the Little Haiti – French Creole Design and is comparable in scale and massing with those around and thus appropriate for its context.”

•This proposal is for a new 70,384-square-foot self-storage facility, including 666 square feet of retail on the ground floor.

•The applicant proposes nine parking spaces (four on-site and five on-street) where nine are required. The five on-street spaces are confirmed by the Miami Parking Authority.

•Provide a landscape plan in accordance with Miami 21.

•All proposed signage must be reviewed and approved by separate permit application.

•The maximum size of any individual rental space shall be 400 square feet.

•Controlled access and adequate security surveillance must be provided.

Some neighbors complained a self-storage facility would be out of character for the neighborhood, which is mostly residential to the east.

The Planning, Zoning and Appeals Board on June 3 first voted on a motion to deny the neighbors’ appeal but the motion failed by a vote of 5 to 6. Later, a motion to grant the appeal passed 7 to 4.

By taking the matter to the city commission for resolution, the developer said the June 3 decision to approve Mr. Pierre’s and Ms. Simioni’s appeal and rescind the planning director’s issuance of the warrant was not based on substantial competent evidence.

“The appellants did not present any substantial competent evidence to demonstrate that the City’s Planning Director erred in approving [the warrant],” said the developer’s representative, in requesting a reversal of the June 3 decision.

Ines Marrero-Priegues, an attorney representing Banner Storage, told commissioners her client followed all requirements necessary to get the warrant.

Mr. Garcia explained that because storage uses can adversely impact an area, a request must meet a higher standard through the warrant process.

Miami 21 has criteria that must be met to ensure there are no adverse impacts, he said.

If an applicant complies with all the criteria, “we must then find and approve the warrant,” Mr. Garcia said.

Opponents said the project doesn’t meet all the criteria and is incompatible with the neighborhood.

Opponents referred to the neighborhood getting an arts and entertainment designation several years ago, and said a storage business wouldn’t fit in.

Ms. Marrero-Priegues said the sole purpose of that designation was to allow more liquor permits to encourage development of bars, cafes, shops and so on. She said it was a “red herring” and the arts and entertainment designation wouldn’t prohibit the self-storage facility.

Ms. Simioni told commissioners the designation of the arts and entertainment district was made to improve the neighborhood. “I fail to see how this will bring anything to the district,” she said of the storage facility.

Ms. Simioni asked commissioners to “support the neighborhood” and not allow the storage business.

Ms. Marrero-Priegues countered that “there is no basis to deny the warrant.”

Commission Chairman Wifredo “Willy” Gort asked what other types of development would be allowed under the existing zoning.

Commissioner Keon Hardemon said Miami 21 is very clear: if criteria are met, a warrant “shall” be granted.

While Mr. Hardemon said he sympathized with neighbors opposing the project, “I must consider the property rights of the owner.”

He added, “We can’t deny the warrant – it’s not lawfully within our power.”

Mr. Hardemon also recognized that the developer altered the plan to accommodate the neighborhood by expanding the ground floor retail space and offering storage and meeting space for the community.

Mr. Hardemon successfully moved to reverse the planning board and allow the warrant.

Commissioner Frank Carollo agreed, saying that although neighbors made a strong argument, “we can’t go by our heart.” In regard to Mr. Garcia, he said, “I don’t see where he erred.”