Advertisement
The Newspaper for the Future of Miami
Connect with us:
Front Page » Business & Finance » As boat show closes, super-yacht marina nears opening 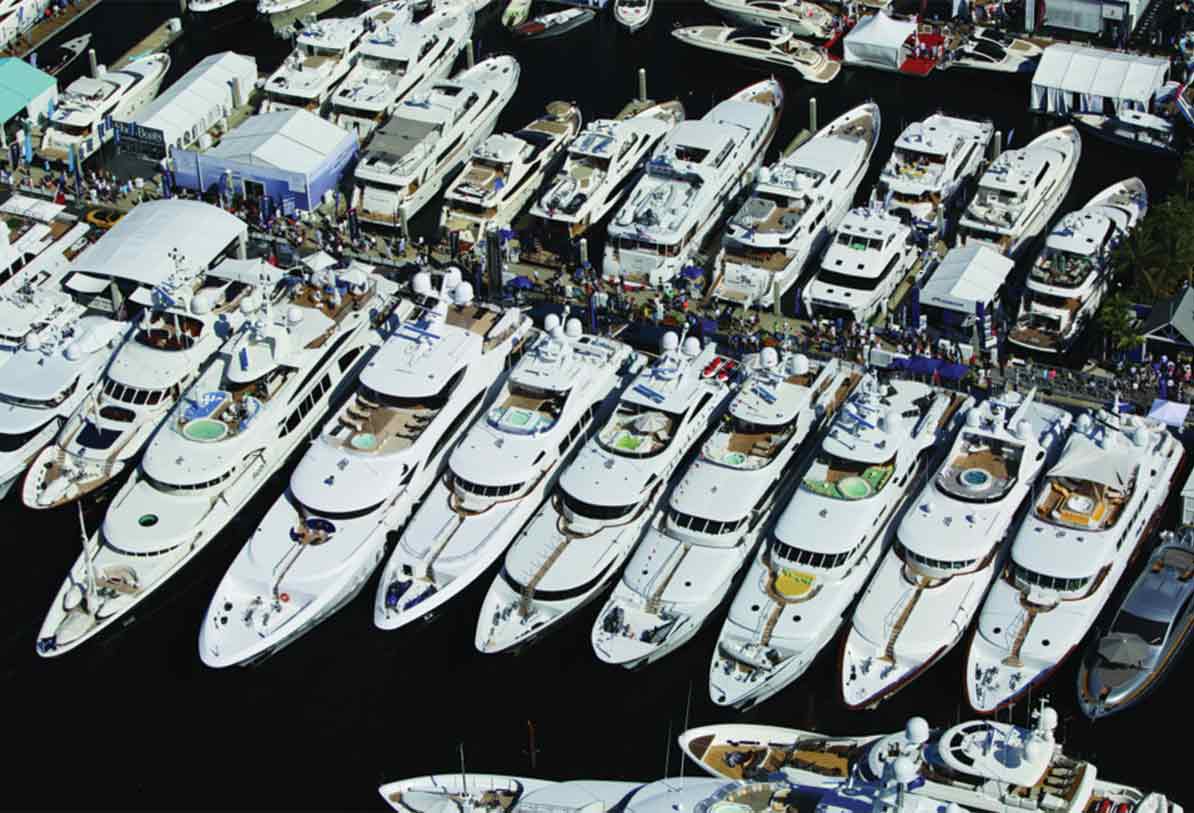 Luxury boats were a main attraction at the 56th Fort Lauderdale International Boat Show which just wrapped up Monday.

Show exhibits ranged from yacht builders and designers to brokerage yachts and much more.

Thousands flocked to the waterfront to see the latest in power boats, sailboats and super-yachts.

A life on the water remains as popular as ever, with the National Marine Manufacturers Association reporting that through August, wholesale shipments of traditional powerboats were up 2.5% for the association’s control group of manufacturers – representing 68% of the market – with growth led by the fiberglass outboard boat and inboard boat segments. Corresponding dollars were up 9.8%, when compared with August 2014, according to the association.

Where big boats can travel was a hot topic among boat show attendees, and the show brought together a panel of marina owners and developers to tackle the topic: What’s Ahead for Marinas?

One member of the five-person panel was Mehmet Bayraktar, CEO and chairman of Flagstone Property Group, currently developing a deep water marina for super-yachts as part of its sweeping mixed-use project on Watson Island known as Island Gardens.

Mr. Bayraktar’s company has had a lease with the City of Miami for the key location for more than a dozen years. After many years of inactivity, work commenced on Island Gardens in 2014.

After marine mitigation work in Biscayne Bay, Flagstone began months of dredging and built a new seawall for its marina.

The marina itself, to be called Deep Harbour, began to take shape just recently as docks were installed.

Flagstone says the marina will be the only marina in North America designed exclusively for super-yachts. When the marina is finished it will be able to accommodate up to 50 mega- or super-yachts, up to lengths of about 550 feet.

The Island Gardens marina will host mega- and super-yachts Feb. 11-15 as part of the 28th annual Yacht and Brokerage Show.

Show Management promises the new marina “will feature an impressive lineup of super-yachts amidst the Miami skyline with entertainment, parking and transportation to and from the Collins Avenue show location.”

The Miami Beach end of the event includes an in-water-only display presentation that covers more than 1.2 million square feet over a mile-long strip of Indian Creek Waterway, featuring hundreds of new and pre-owned vessels valued at more than a billion dollars.

Among topics discussed by the panel in Fort Lauderdale was the growing trend of designing or upgrading marinas to be more than points of departure or places where people dock their boats.

“People don’t go to a destination to sit and sleep on their boat,” said Mr. Bayraktar.

“They expect to dock at a destination with great amenities within a city or town which has desirable restaurants and shopping,” he said.

Panelists said the growing number of super-yachts and related expansion of facilities to accommodate them around the world creates many practical considerations for marinas.

“What’s critical to the success of a facility is utilities, with all the different varieties of voltages, including all European models,” said Steve Ryder of Bellingham Marine. “The world is a much smaller place now and in order to stand out as a marina you must be able to accommodate everybody’s requirements.”

In this environment of rising expectations, marina owners spoke of specific steps they take to assure that owners and crew receive the highest level of service.

“It’s a simple concept; they want to be on vacation and we are fulfilling their dream,” said Raymond Graziotto, president and COO of Seven Kings Holdings/Loggerhead Marinas.

“A marina is not a parking lot. It’s somewhere that should make everything easy for boaters, where they have everything at their fingertips. That’s what owners, captains and crew have come to expect when they visit a first-class facility,” Mr. Graziotto said.

In the aftermath of storms like Sandy, Charley and Wilma, the panelists addressed how their businesses have adapted and changed in terms of infrastructure improvements and technology when preparing for major hurricanes.

“We must take into account wind and waves, of course, but the newer materials for pilings and anchorage have better equipped us to handle secure docking,” he said. “We work closely with both marina developers and yacht owners to implement best practices for storm preparation. And we utilize the latest technology to get marinas back up and running after a storm.”

“People are committed to the highest customer service, but as an industry we don’t have a formalized set of standards,” said Bert Fowles, vice president of marketing and sales for Island Global Yachting Marinas.

Mr. Bayraktar said the issues that keep him up at night include “utilities, permits, dredging and safely relocating coral reefs and sea grass… all that and educating the next generation of boaters.”

“There are many things that can go wrong which we cannot control, like wind and expenses,” said Robert Christoph Jr. of RCI Group, “but we focus on what we can control as best we can to make boat owners’ experiences great.”