Advertisement
The Newspaper for the Future of Miami
Connect with us:
Front Page » Arts & Culture » Art museum clears latest hurdles 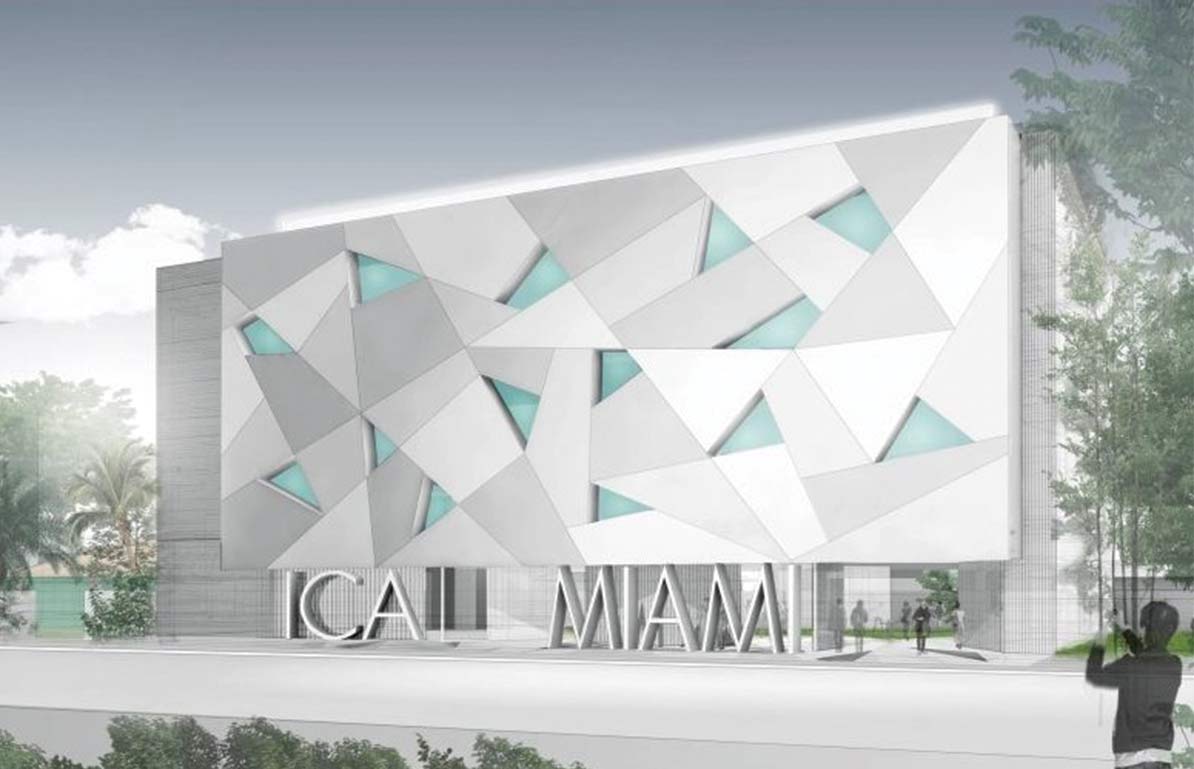 The Institute of Contemporary Art plans to break ground on its new museum in the Design District next week.

The road to new digs hasn’t been without a few bumps, as some residents and property owners near the site of the planned permanent museum have objected to and fought city zoning decisions.

The latest tussle was before the city commission: an appeal by two property owners of a Sept. 2 decision of the Planning, Zoning and Appeals Board granting an exception to allow the museum to be built at 53 and 61 NE 41st St. and 50, 58 and 68 NE 42nd St.

An attorney for the two appealing property owners focused on the front lot line of the structure, arguing that zoning would not allow a zero lot line and the new building would have to be at least 10 to 20 feet back from the lot line.

After a hearing, commissioners denied the appeal.

The new museum is backed by auto dealer Norman Braman and his wife Irma, both noted art collectors. It will move from a temporary home at 4040 NE Second Ave., where it set up shortly after the board of the City of North Miami’s Museum of Contemporary Art splintered when director Bonnie Clearwater left in 2012 and the choice of a new director caused a row. Part of the collection stayed in MOCA and part left with directors who formed the Institute of Contemporary Art.

The new museum is planned to be three stories, 37,500 square feet in all, with a 15,000-square-foot sculpture garden to the rear.

The venture has been characterized as a “philanthropic effort” and involves Craig Robins and Dacra, the main developer behind the transformation of the Design District.

Some property owners in the adjacent Buena Vista East neighborhood have been critical of the planned museum, saying it would be out of character with their historic residential area.

The plan has also brought out neighboring property owners who support the project and look forward to the free museum and what it will bring to the area.

On Sept. 2, the planning board on a 7-2 vote approved waivers to allow a 10% increase in the fence height totaling 6 feet, 7 inches along the north property line, adjustments to building disposition requirements for a lot of 28,081 square feet where maximum allowable lot area is 20,000 square feet, and matching the dominant setback along the principle frontage on Northeast 41st Street.

Attorney Paul Savage appealed that decision on behalf of two residents. His main argument was to the approved front setback of 2 feet, 6 inches, arguing that neighboring zoning would compel a front yard setback of at least 10 feet in one zone and 20 feet in another nearby zone.

To allow the museum to be built at 2 feet, 6 inches from the lot line “flies in the face of the code,” he said.

Mr. Savage began his arguments by saying “What are we doing here?”

“What are we doing here tonight? It’s so [Mr. Savage] can lay a foundation to file a second lawsuit,” Mr. Helfman told the commission.

Commissioner Keon Hardemon, who was chairing the hearing, said the hour was growing late and asked Mr. Helfman to get to the “heart of the issue.”

Mr. Helfman said the project is the same first proposed in November 2014.

“It is exactly the same project… same setbacks, same frontage – nothing has creeped anywhere,” the attorney said.

Mr. Helfman also questioned the standing of the appellants, saying they live blocks from the site.

Mr. Helfman said the Miami Design District was approved as a Special Area Plan, or SAP, and under the SAP buildings aren’t required to be set back from the lot line.

Mr. Helfman said the planned museum structure with a proposed front setback of 2 feet, 6 inches is more consistent with a zero setback than 10 or 20 feet. To require the museum to be built 10 or 20 feet from the lot line would be inconsistent with surrounding uses, he argued.

Mr. Savage said there are no existing buildings on the sides of the site to compare and he believes that is what city code requires.

Planning Director Francisco Garcia respectfully disagreed with Mr. Savage and said another part of the code applies that calls for consistent setbacks on neighboring parcels.

As for the museum site plan, Mr. Garcia told the commission: “The proposed building matches the abutting block and its context.”

Mr. Garcia said the abutting property east of the museum site has been approved for a building with zero setback, and a pending request from the developer of the parcel to the west seeks to build with no setback.

When the block is built out, the buildings to the east and west of the museum will have no setback, said Mr. Garcia, so allowing the museum to have a setback to 2 feet, 6 inches “makes perfect sense.”

Mr. Garcia added, “It would be counter intuitive to require a 20-foot setback in a zero lot line area.”

Commissioner Francis Suarez said the block needs coherent development and it would be awkward to have the museum set back 20 feet and “hidden.”

Mr. Hardemon said the planning board made no error in approving the waivers and moved to deny the appeal.

Earlier this year, the project brought out residents in opposition to decisions of the city’s Historical, Environmental and Preservation Board and land use and zoning changes made by the planning board.

The city’s planning staff recommended the entire site be rezoned to the Civic Institution category, defined as “a zone with uses primarily dedicated to functioning for community purposes such as, cultural, educational, environmental, governmental, public transit, public parking and religious facilities.”

Opponents cried spot zoning, but commissioners backed up the planning board and planning staff and approved the rezoning and land use changes.

The Institute for Contemporary Art has scheduled a groundbreaking for Nov. 16.