Advertisement
The Newspaper for the Future of Miami
Connect with us:
Front Page » Education » Universities’ enrollments trending up 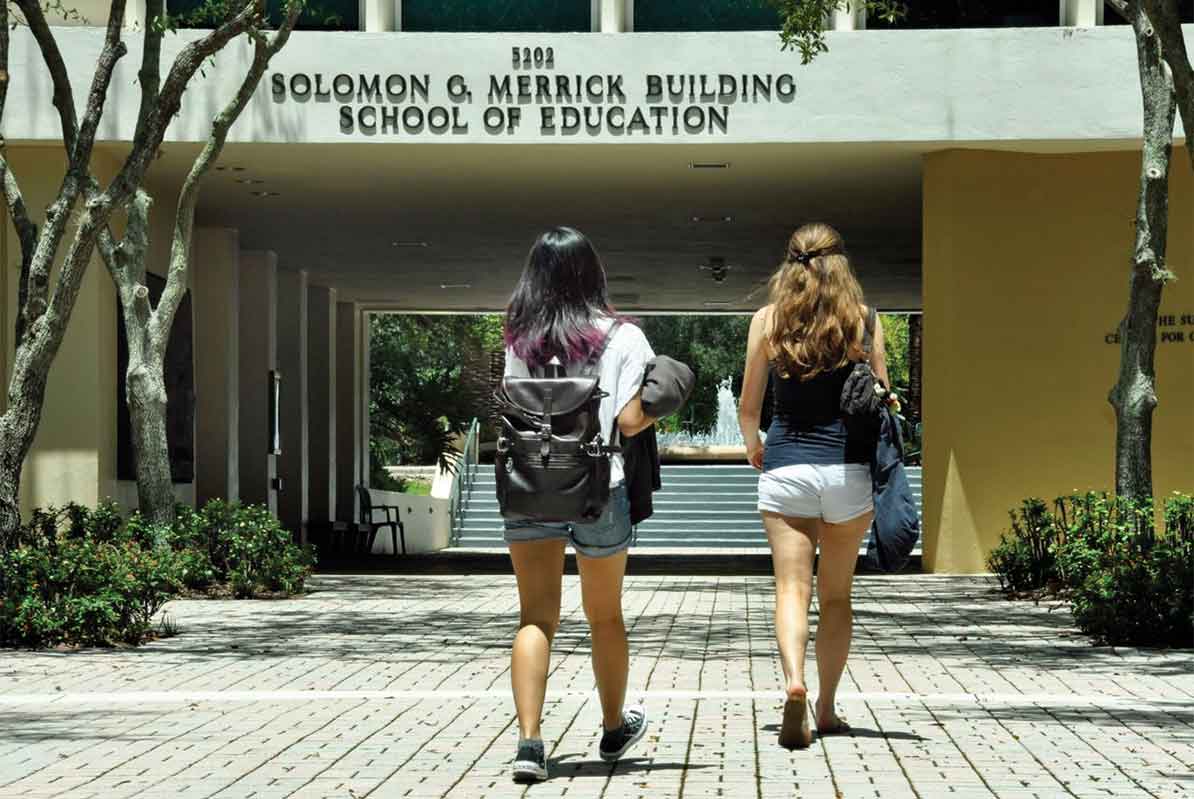 Most area colleges and universities find enrollment for the fall semester conforms to expectations. The exception may be St. Thomas University, which saw an appreciable increase in enrollment following some aggressive recruitment strategies.

Earlier this year, Dr. Irma Becerra, St. Thomas’ provost and chief academic officer, said undergraduate enrollment had been gradually decreasing since 2010 and “we are expecting our enrollment at the undergraduate level this year to be flat,” though she anticipated the number of graduate students to increase by about 15% due to the addition of 18 new programs.

Of those, said Msgr. Franklyn M. Casale, the university’s long-time president, 1,181 were graduate students this year, up from 560 a year ago.

“This is due to a number of different initiatives,” he said. “First, we now have a significant online presence.”

Second, Msgr. Casale said, St. Thomas reduced the cost per credit for graduate programs across the board – by as much as 42% in some cases – to meet market demand.

Third, “we included all books in our tuition fees. By buying in bulk, we can negotiate a better deal, and students will have their textbooks on the first day of class.”

The increase in undergraduate students, he said, was driven in part by a new program within the Catholic Higher Education Continuum, which establishes links between the Archdiocese of Miami and Catholic schools from pre-K through college.

“In seven local Catholic high schools we have established Career Academies,” Msgr. Casale said, “where students can accumulate almost a full year of credits in a major, so that they can graduate in three years with a BA, or in four with a master’s.”

Barry University’s total enrollment this fall is 7,971, said Sarah Riley, director of undergraduate admissions, of which 730 are new fulltime students.

“That’s on par with where we wanted to be,” she said.

Determining accurate enrollment figures in a large education institution is somewhat arbitrary. Like most colleges and universities, Ms. Riley said, Barry chooses a single “snapshot day” in October, coinciding with the end of the dropout/add-on period, to count heads.

“These are the numbers reported to the IPEDS” – the Integrated Postsecondary Education Data System, a system of interrelated surveys conducted annually by the National Center for Education Statistics. “But there is always a certain amount of fluidity.”

High-school student are also welcome to attend a number of events in the spring, such as the annual STEM (Science, Technology, Engineering and Mathematics) Symposium and the Chemistry and Physics Tournament organized by the Department of Physical Sciences.

“This year we will also have our first Math Olympiad,” Ms. Riley said, “for college-bound high-school students.”

The University of Miami, which earlier anticipated “a similar academic profile to prior years,” according to John Haller, vice president of enrollment management, reported a head count of 11,123 undergraduate students this fall, a slight increase over the 10,917 listed on its website for the fall 2014 semester. The most popular programs are Biology (654 students), Economics (622, including 442 in the College of Arts and Sciences and 180 in the School of Business) and Finance (576 students).

The top three majors for the current semester, according to FIU’s Office of Planning and Institutional Research, are General Psychology (4,286), General Biology (3,983), and Business Administration and Management (1,873).