Advertisement
The Newspaper for the Future of Miami
Connect with us:
Front Page » Government » County tailors grant to NY designer Khan 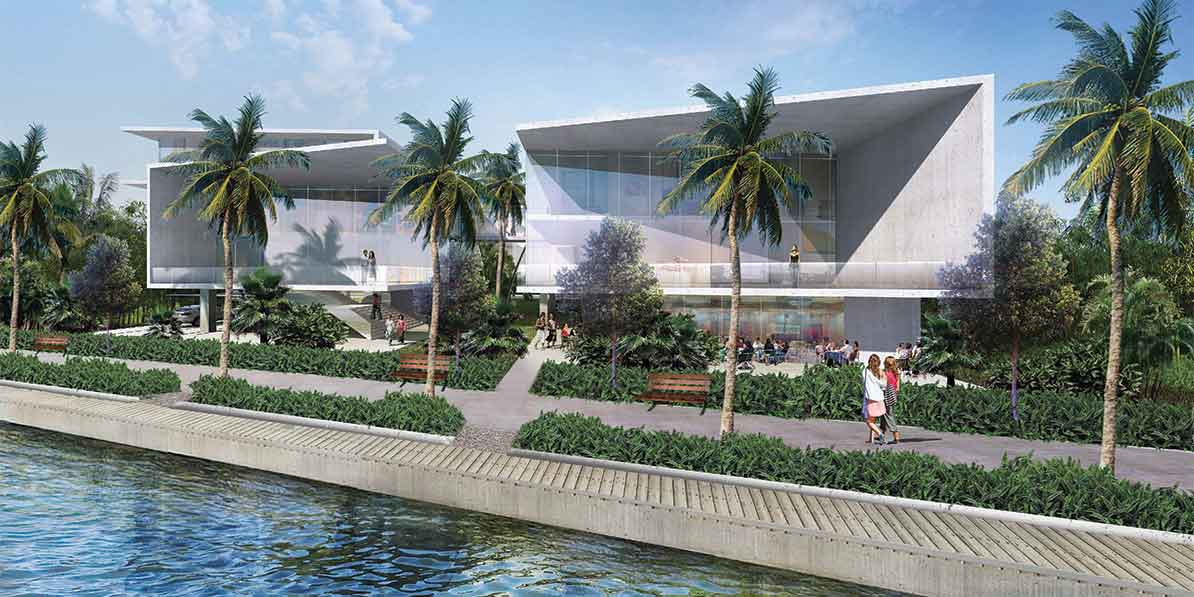 A fashion designer with A-list clientele was awarded the chance at a $1.5 million economic development grant from Miami-Dade County to help launch a new design studio and manufacturing facility on the Miami River.

The catch is that designer Naeem Khan’s project won’t get the grant unless one of 10 previously approved projects fails to get built.

If the designer ends up getting the $1.5 million boost, the money would go toward construction of a new seawall and riverwalk, along with electrical infrastructure and sanitary sewer needs at the 1175 NW South River Drive site.

Mr. Khan has a long-term lease for the county-owned parcel.

The project received a warm reception Monday from members of the Miami River Commission.

The plan includes reviving a long-dormant site on the river, with promises of jobs, construction of a public riverwalk and that the site will provide marine industry uses.

Mr. Khan said there will be importing of supplies and exporting of finished product via the river, which river commission members were pleased to hear.

The commission’s vote was limited to recommending approval of a county resolution approving the $1.5 million allocation to Mr. Khan, subject to recapture of funds in the economic development program.

The vote was unanimous. River commissioners noted a desire to see the complete plan for Naeem Khan Studio when he is ready to bring detailed site plans for city review and action.

Mr. Khan was on hand Monday and brought along members of his team, including architect Alfonso Jurado of Arquitectonica.

Born and raised in Mumbai, Mr. Khan moved to the US as a teen to become a designer and launched his career as an apprentice for legendary American designer Halston at age 20. Mr. Khan eventually merged this design philosophy with the knowledge he gained from his family’s business to nurture his own style.

“I feel Miami is the next big city for the fashion industry,” he told the river commission.

Mr. Khan said he loves the riverfront site and plans to “create an amazing creative space there.”

In a formal presentation to the river commission, his team stated: “We look at the Naeem Khan Miami development as more than a new business on the Miami River; we look at it as an opportunity for the whole of Miami to rejuvenate its reputation as a high-fashion center! We believe Naeem Khan’s migration from NY to Miami will be the impetus for others of his caliber and international fame to choose Miami as home.”

Mr. Khan chose Miami to build his manufacturing facility and showrooms partly for the climate, which his team said will allow for year-round production.

More specifically, he chose the Miami River location for the import of textiles and other materials, as well as the unique boating experience of ushering internationally famous clients in and out of his Miami haute couture house for fittings and fashion shows, the river commission was told.

Mr. Jurado showed draft floor plans for the studio and production facility. The building will have show and sales areas, administrative offices, a production-design floor, and one suite for visiting designers, he said.

The site has more than 200 feet of frontage on the river’s south shore and dockage is planned for potentially the entire length, along with a safety zone and the public riverwalk.

Mr. Khan’s team has promised to extend the riverwalk under the 12th Avenue Bridge, connecting with a pedestrian staircase on the west leading back to the on-road Miami River Greenway, and the riverwalk will also have access back to the road on the east.

River commission member Ernie Martin, chair of the Greenways Subcommittee, said the project meets the requirements of the city’s greenway plan, plus it will retain its marine-industrial zoning designation and include marine industry uses with imports and exports from the site via the river.

Mr. Khan was asked about his timetable. He said he plans to be finished by 2018.

River commission member and county Commissioner Bruno Barreiro spoke favorably of the studio plan, saying it would be “a real amenity” for the neighborhood.

Plans show that a vacant building on the site will be demolished for construction of four levels totaling 50,130 square feet.