Advertisement
The Newspaper for the Future of Miami
Connect with us:
Front Page » Communities » Review warms to Edgewater condos plan 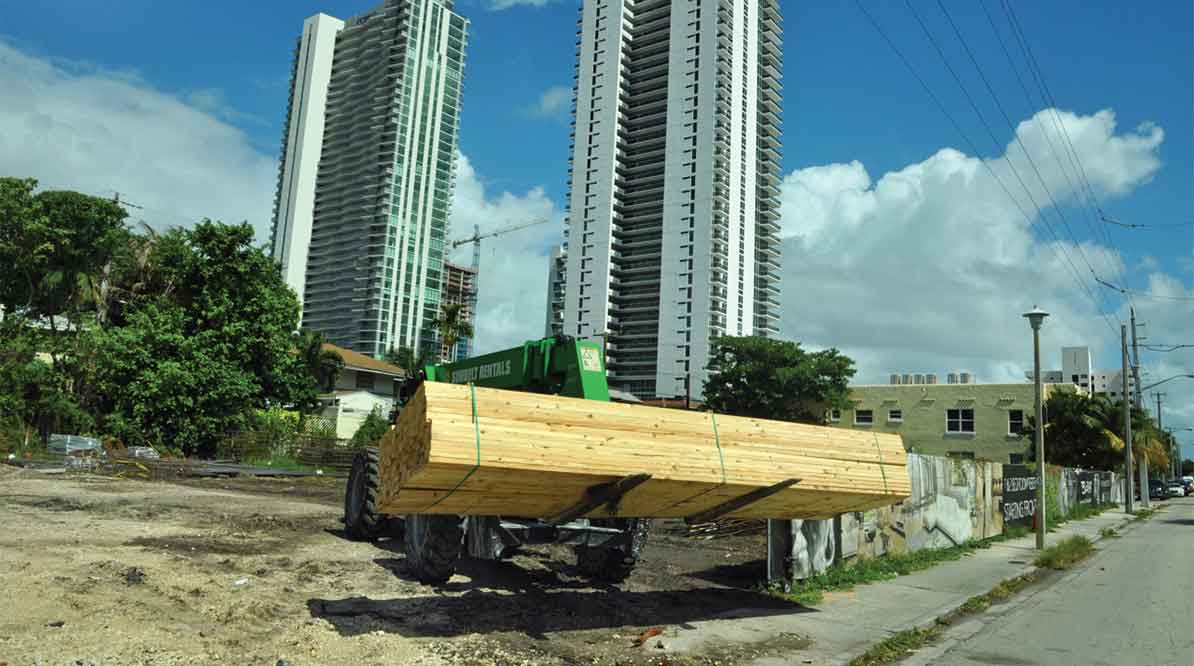 A condo project in Edgewater that received a chilly response from a city review board on its first go-around gained the board’s backing this month after a bit of redesign.

The revised plans for 26 Edgewater were presented to the Urban Development Review Board on Oct. 21 by representatives of developer Stripey Real Estate Development.

The review board had deferred a vote in September, when members criticized the massing of the building, the long straight corridors, small balconies and other items. Rather than recommend denial of the project, a representative of the developer asked the board to defer a vote, affording time to rework the building.

The plan includes three levels of parking screened with art treatments, a rooftop amenity deck with a swimming pool, and a private lounge including a full catering kitchen.

The planning and zoning staff confirmed that the developer has been working on changes with the staff since the deferral.

Hugo Arza, an attorney representing the developer, told the board last week that the developer’s team has worked directly with city staff on concerns that were raised in September.

“We’ve sought to address those,” he said.

Architect Ivo Fernandez Jr. of Modis Architects presented the board with new renderings of the exterior design for 26 Edgewater.

An earlier comment was that too much was going on with the proposed façades for that size building.

Mr. Fernandez acknowledged the original design had a hodge-podge of materials. He said architects looked at the façade planned to shield the parking levels and redesigned the exterior to be “more in tune” with the residential floors.

“The intent is to extend the elements from above all the way down to ground level,” he said.

The result should be that the building doesn’t look like it’s sitting on a podium, he said.

Mr. Fernandez also showed the board a panel of perforated metal that will be used as a façade on parts of the parking levels.

Board member Fidel Perez said he thought the developer and architect did address the board’s earlier concerns and he saw “some improvement.”

Board member Jesus A. Permuy said he still questioned the layout of the interior corridor but said “it’s OK … it’s a judgment call.”

Board member Neil Hall said he appreciated that comments from the board were being heard and considered by developers.

Mr. Hall also said he is partial to projects that work to incorporate art into their structures, because it helps “to define our space.”

The building will feature a rooftop pool and sun deck, a fitness center and ground-floor commercial space.

Mr. Hall referred to the small lot and the “tight little street” where 26 Edgewater will rise, and asked how the developer envisions the retail portion of the project.

The architect said Edgewater, like many neighborhoods in Miami, is changing. Mr. Fernandez said he sees Edgewater as “the little urban district of Miami.”

Based on the area’s density, he said the commercial space will be “more neighborhood retail” in uses. He doesn’t see a national restaurant chain in that space, he added.

Mr. Fernandez said the commercial space is better suited for smaller uses like a salon, coffee shop or boutiques.

The review board recommended approval of the project, with conditions asking the developer to consider extending the perforated metal panels to the north elevation, and making a more direct connection to a bicycle storage area.