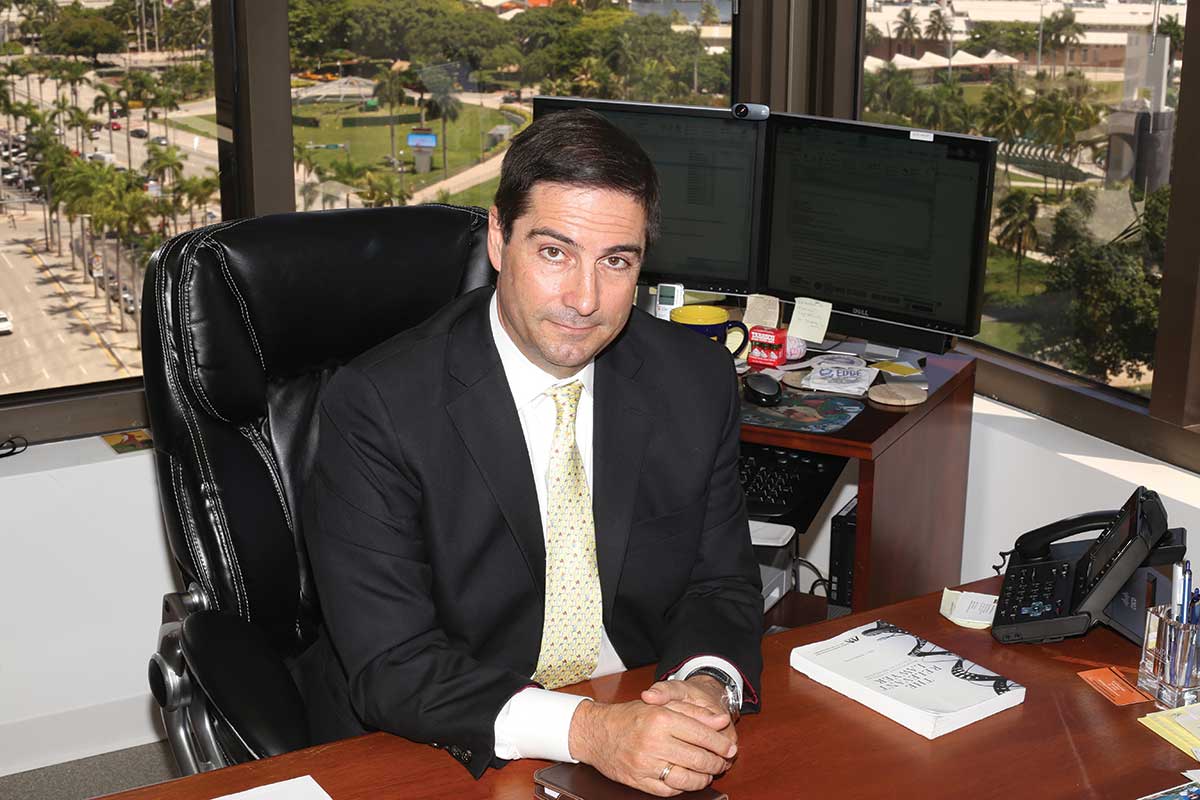 Ramón Abadin appreciates the work done by Florida Bar presidents who came before him. He said the greatest part of being president now is he’s raising all the issues they put in place, including legal education, bar admissions, technology and its effect on the profession.

A three-year study of the profession of law called Vision 2016, which was established several years ago, examines the access to justice crisis that Mr. Abadin said we have not only in Florida but in America and the lack of access of the members to their judicial system.

He said he’s just the guy who got fortunate enough to be the third of the three presidents in the Vision 2016 and his plate was set for him long before he started.

Mr. Abadin specializes in complex commercial litigation. He loves being a litigator and said he’s drawn to the energy of the courtroom, the energy of persuading people, jurors or judges.

Litigation is very dynamic and fluid, Mr. Abadin believes. He said he’s been very fortunate to have a broad exposure to all types of litigation and has now chosen work on bigger problems with more moving parts, risk and challenge.