Advertisement
The Newspaper for the Future of Miami
Connect with us:
Front Page » Top Stories » New rail bridge at river could open bottleneck 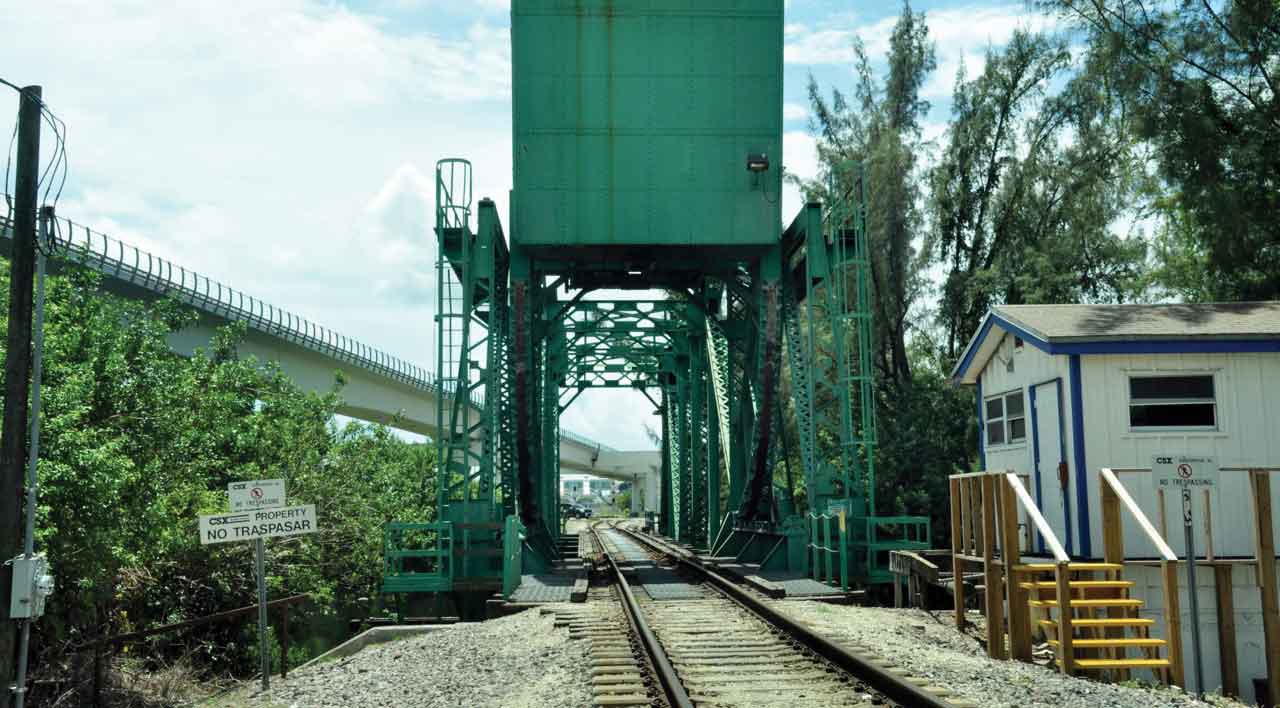 A plan to build a new railroad bridge over the Miami River to improve freight and commuter rail connections is moving ahead on a slow and steady track.

Regional transportation officials are advancing a plan for a widened fixed rail bridge with two sets of tracks to connect with the newly opened Miami Intermodal Center adjacent to Miami International Airport.

The project could result in removal of the existing rail bridge, near Northwest South River Drive and Northwest 31st Street, according to the South Florida Regional Transportation Authority.

The existing bridge is a Scherzer Rolling Lift Bridge that was built in the 1920s and has one set of tracks.

The fate of the historic bridge remains undecided.

A great deal of time has been spent this year on talks regarding the old bridge, according to Jessica Vargas Astaiza, transportation planning manager with the authority.

“We’ve assembled all of the key stakeholders to the old bridge, trying to get a consensus,” she said.

Those stakeholders include the Federal Transit Administration, State Historic Preservation Officer, the county’s historic preservation office and others.

“We’re on the last stages of what might happen to the historic bridge. It’s not a done deal yet,” Ms. Vargas Astaiza said.

“We are now looking at different options of what to do with the existing bridge … moving it to another place on the river, moving it to a park, or just removing it in general,” said Ian Rairden, a transportation engineer with Kimley-Horn and Associates.

“We’re exploring all of those options. Then we will bring it back to the public early next year,” he said. A public hearing would be scheduled. Kimley-Horn is working with the regional transportation authority on the rail improvement project.

What happens to the old span is part of the ongoing environmental study for the overall project, which has a long official title: The Miami River Miami Intermodal Center Capacity Improvement Project.

The transportation authority says the South Florida Rail Corridor is an economic engine for the millions of South Floridians who depend on its freight and commuter transit connections.

The Miami Intermodal Center anchors the south end of the corridor and connects to the airport. It is the key transportation hub in Miami-Dade County, accommodating Tri-Rail, Metrorail, buses and future Amtrak service.

The overall project is designed to add rail capacity across the river and the last 1.25 miles of the South Florida Rail Corridor, and will greatly improve access and connectivity to the intermodal center, according to the authority.

The project involves improving track connections across the river, including bridge, track and signal upgrades.

“It is a bottleneck right now, with its single set of tracks,” Ms. Vargas Astaiza said of the south end of the South Florida Rail Corridor.

“We want the public to understand that it’s important to have two [sets of] tracks.  It will increase our capacity and improve our reliability,” she said.

“It’s critical for our passengers to get that last 1.25 miles double-tracked,” said Bonnie Arnold, a spokesperson for the transportation authority.

For more than a year, regional transportation officials had been considering four options for an improved rail crossing over the river.

The overall project is included in the state Department of Transportation’s five-year work program and earmarked for work to begin in 2018.

One Response to New rail bridge at river could open bottleneck