Advertisement
The Newspaper for the Future of Miami
Connect with us:
Front Page » Communities » Flagler Street upgrade faces two hurdles 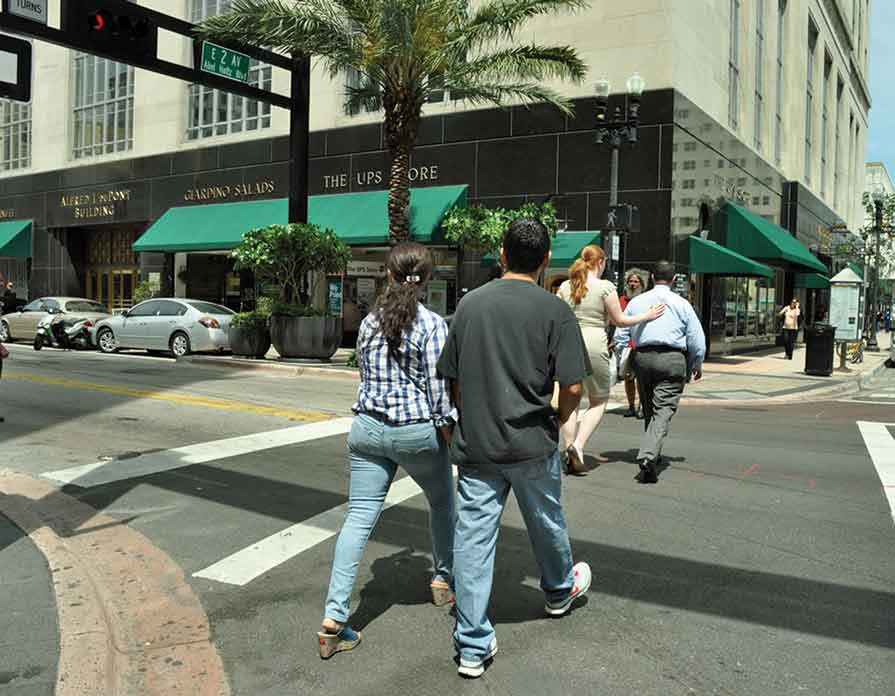 If all of the stars line up, shovels could be in the ground on the long-delayed Flagler Street renovation from Biscayne Boulevard to the Dade County Courthouse by year’s end. If a notice to proceed is issued tomorrow (10/23), work can begin within six weeks, city sources said.

One is that the contractor, FHP Techtonics Corp., says that it is owed money because the start of the project has been delayed. When questioned by board member Richard Lydecker, who is senior partner of the Lydecker-Diaz law firm, the company’s representatives couldn’t specify exactly what the contract said, so the board moved to the next issue.

That is the hiring of a construction engineering inspector, the owner’s representative on the project. City inspectors make sure the structure is up to code, but the private inspector’s concerns are more wide-ranging, including aesthetics. That job is open for bids and under a cone of silence, so Mr. Parjus said he could not give more details.

Marc Sarnoff, authority chair and Miami commissioner, pressed Mr. Parjus for a date on which the notice to proceed could be issued. “Could it be Friday, Oct. 23?”

He could not guarantee that, Mr. Parjus said, but “This job is my No. 1 priority. I’m committed to do it.”

“This is farcical,” said Gary Ressler, principal and managing member of the Tilia Companies, owner of the Alfred I. Dupont Building at 169 E Flagler St. “We’ve been hearing this ‘two weeks’ story for six months. We’ve been lied to and don’t have a lot of confidence” in promises any longer.

“How are you going to move the ball?” Mr. Sarnoff asked Mr. Parjus, who replied that he was meeting with the contractors later that afternoon.

Board member Bruno Barreiro, who is a Miami-Dade County commissioner, said he has had dealings with Mr. Parjus in the past. “He doesn’t want to give you a date, but when he tells you something, you can believe it.”

Despite the fact that the city is only putting in about half of the funding, “it wants to control the project 100%,” said Brian Alonso, co-chair of the Flagler Street task force and principal of La Epoca department store at 200 E Flagler St. The task force was not consulted on major decisions, including the hiring of the construction inspector, he said. “They are not allowing us to have any input.”

“This project was supposed to be run by the DDA and we’ve been totally ignored,” agreed authority Vice Chair Neisen Kasdin, who chairs the Flagler Street task force and is office-managing shareholder of the Akerman law firm.

“Let’s have some faith,” Mr. Sarnoff said, reminding the board of Mr. Barreiro’s praise for Mr. Parjus. But, he reminded the latter, the authority wants to see the notice to proceed expedited.

With all the funding in place, the project seemed well on its well to construction when, in June, a flaw in design drawings threw a wrench into plans.

The plans didn’t allow for sufficient drainage, necessitating a change order, authority sources said. As many entities are collaborating on the project, it’s not known who made the error or who discovered it, but it has put the brakes on the project.

The Flagler Street design is to feature a railroad theme, highlighting Standard Oil tycoon Henry M. Flagler’s achievement in pushing the Florida East Coast Railway past Palm Beach and into Miami, thus connecting the fledgling city with the rest of the world.

The sidewalk design alternates light and dark grey bands of concrete to give the effect of railroad tracks, and an actual railroad tie is to be imbedded in the sidewalk to separate the walking surface from the street furniture and trees. The concrete was chosen because it is inexpensive, durable and easy to replace. Movable gates that look like those at railroad crossings reinforce the theme, can be used to close off streets for special events and can be propped up vertically when not in use.

Flagler Street has long been a concern to downtown businesses. Many sidewalks have been expanded, restricted or rebuilt over the years. In addition, street surfaces are uneven, and a failed pavers project left many conflicting surfaces.

Because underground pipes, drains and utility lines were antiquated and in severe disrepair, the city had to replace those before the above-ground work could be tackled, authority sources said.