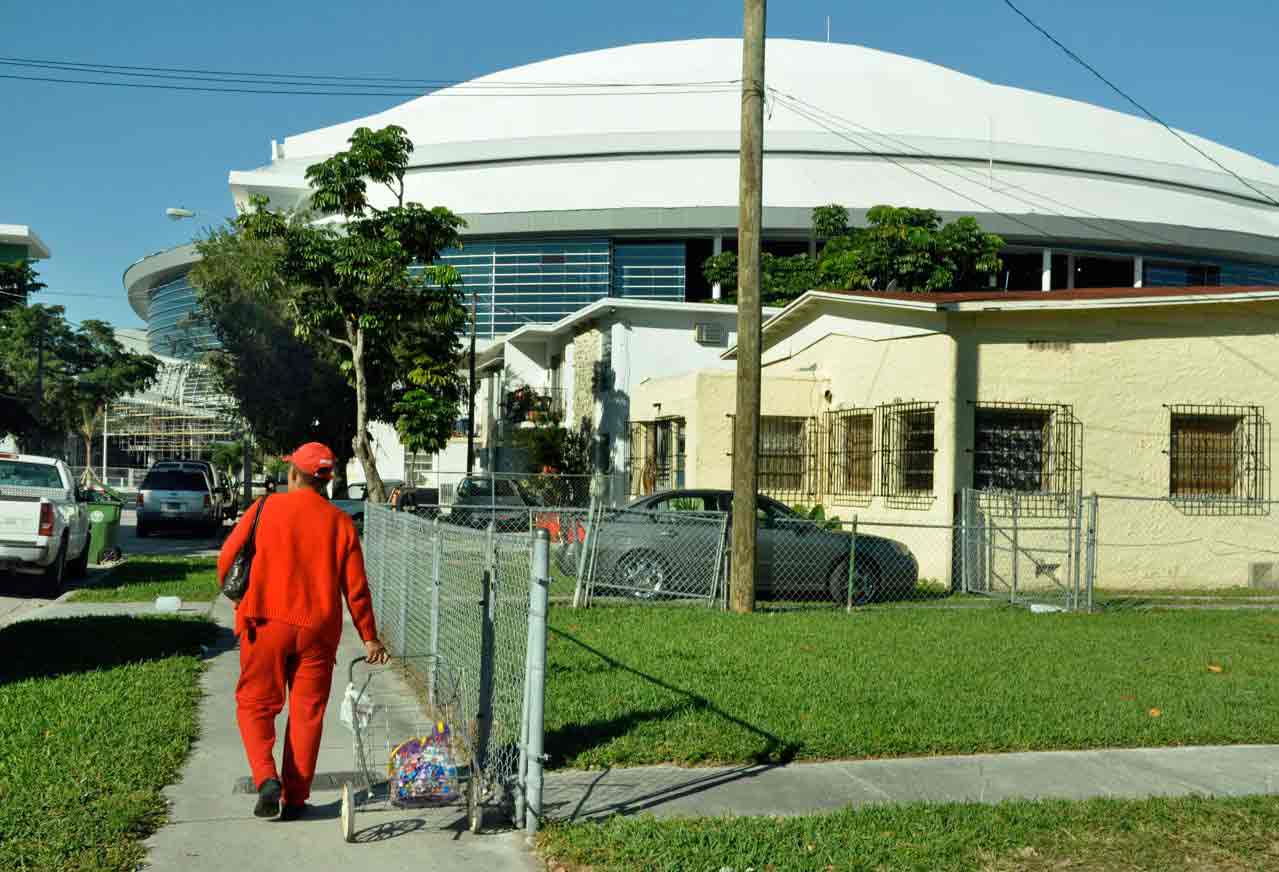 Miami-Dade County is being asked to put the ball in play today (10/15) to create a redevelopment agency enveloping Marlins Park and use the agency’s tax proceeds to buy land next door for a soccer stadium that would also house University of Miami football games.

The resolution by Commissioner Bruno Barreiro comes before the county’s Economic Prosperity Committee for its blessing. Final approval would come later from the full county commission.

To create the agency, which Mr. Barreiro labels the Orange Sports Complex Community Redevelopment Agency, the commission would have to declare the area that includes the baseball stadium “slum and blighted,” in the words of his resolution.

Marlins Park opened in 2012 to much fanfare as a revitalizing agent for its slice of Little Havana. Miami city commissioners authorized construction of four garages wrapped in more than 53,000 square feet of retail intended to focus on upscale visitors that the ballpark was expected to lure. The county and city combined invested nearly $3 billion, including interest, in the ballpark. But redevelopment of the area never began.

A consortium headed by former British soccer star David Beckham now is seeking a stadium beside the ballpark for a Major League Soccer franchise that has been granted to him if he can get the stadium. The consortium has sought several sites and been rebuffed. It early on rejected the site beside the baseball stadium as tainted by the Miami Marlins financing deal but now has embraced it.

Talks have reportedly been held with the University of Miami about moving its football games from Sun Life Stadium at the northern edge of the county to the site beside the ballpark, much nearer the Coral Gables campus.

The study is to consider whether a redevelopment agency could be used to fund land for the dual-purpose stadium as well as the construction of a Metromover leg from Government Center downtown to the stadium site.

The agency’s boundaries are suggested to be Flagler Street to the South, Northwest 22nd Avenue to the west, and the Miami River to the north and east, though the resolution says the study being sought could expand that area if needed.

Community redevelopment agencies by statute create trust funds that retain 95% of the increase in tax revenues from their area above the taxes that were collected before the agency was born. The agency uses that money to finance or refinance any redevelopment it undertakes. In this case, it would include stadium land and Metromover construction, though it could include more.