Advertisement
The Newspaper for the Future of Miami
Connect with us:
Front Page » Top Stories » Airport, seaport unite to create cruise center 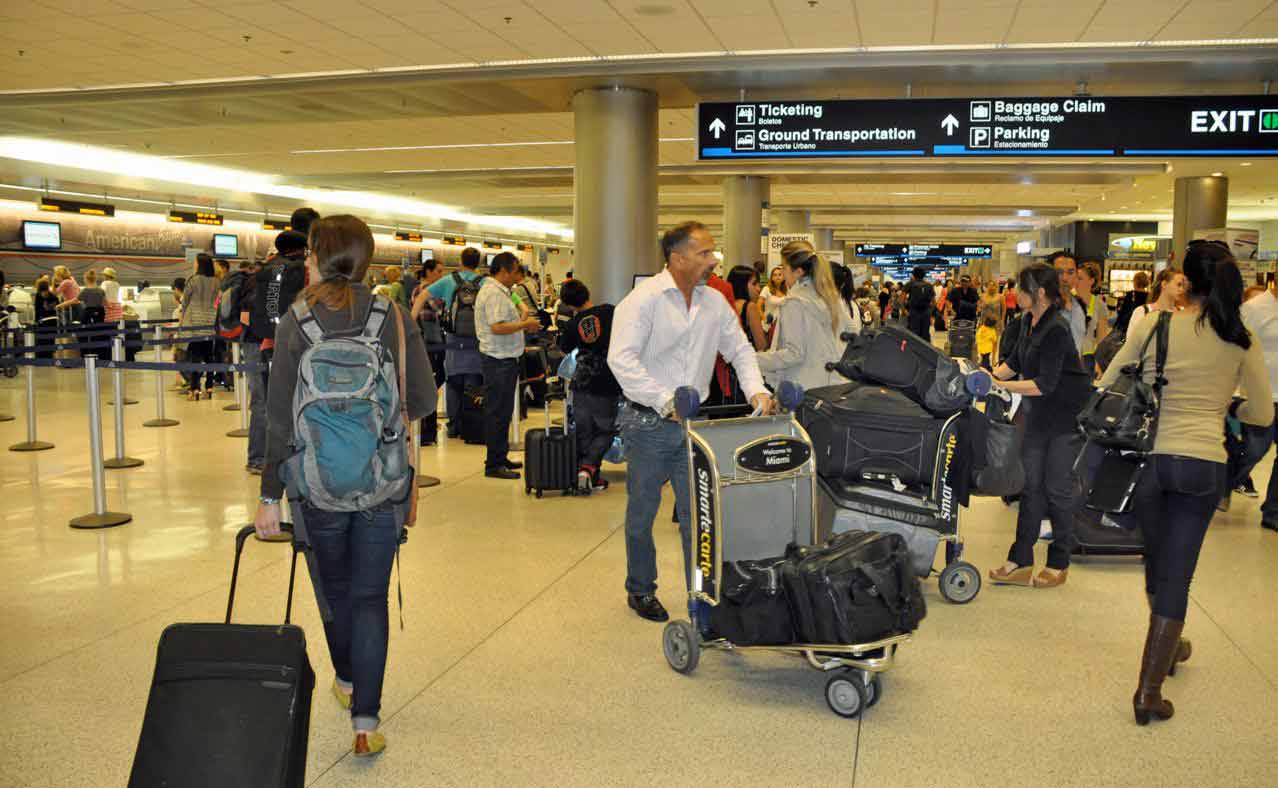 The county’s Aviation Department and seaport have the go-ahead to plan a cruise visitor center at Miami International Airport to conveniently process passengers and their luggage directly to PortMiami.

County commissioners have said the center will increase tourism, since most passengers cruising from the port initially arrive at Miami International. In the first six months of this year 2,653,978 passenger arrivals and departures were counted on cruise ships at the port, down 6.5% from 2014 but still the nation’s busiest cruise hub.

In August, the county’s Trade and Tourism Committee voted unanimously to have the seaport and aviation departments join with cruise lines to craft airport processing for either individual or multiple cruise lines.

“People want convenience, and any time you can provide that for them, it’s a positive situation,” Commissioner Jose “Pepe” Diaz told Miami Today in August. “Water always finds the easiest flow.”

Yet not all commissioners are equally enthusiastic about a cruise visitor center and, before the 6-2 vote last week, some expressed reservations about cost as well as the legality of asking that seaport union workers handle passengers’ luggage at thge airport.

Audrey Edmonson pointed to a concern in the community whether International Longshoremen’s Association (ILA) workers will be able to handle the baggage of cruise passengers when they arrive at the airport. She and Port Director Juan Kuryla spoke about the matter the day before the Oct. 6 meeting, at which time Ms. Edmonson said she learned that a legal issue surrounding specifying union workers must be considered.

Florida is essentially a “right to work” state, the county attorney’s office said, referring to a federal law prohibiting work being denied or abridged on account of membership or non-membership in a labor union. Therefore, the county can’t mandate that baggage be handled by ILA workers or members of any specific union but could address the issue by asking that the baggage be handled by port workers.

Mr. Kuryla said some cruise lines already use the airport to deliver passengers to the seaport via a bus and their luggage is handled by ILA workers. He said he spoke to ILA officials regarding the agenda item and they had no objections to it.

“We will be studying the issue and speaking with [cruise lines and ILA representatives] before coming back before you with a written report,” Mr. Kuryla said. “The cruise lines will either say they like the idea or would rather do it themselves.”

The resolution stipulates that the team of officials pinpoint an airport space for the cruise visitor center, costs and potential funding sources, interested cruise lines, a timeline to begin operations, and other entities interested in participating such as the Greater Miami Convention & Visitors Bureau and the Greater Miami & the Beaches Hotel Association. It directs the mayor to report on the plan within 60 days.

The next step, Mr. Kuryla told the commission meeting, is to create a funding mechanism.

It was early evening when the matter came up for discussion and prime sponsor Mr. Diaz had left the commission chambers. Also absent were Commissioners Sally Heyman, Juan Zapata, Javier Souto and Esteban Bovo Jr.

Commissioner Rebeca Sosa advised deferring a vote until a Sunshine meeting could be called “with all the sponsors and members to make sure everything is done by the book.” In addition to Ms. Sosa, the co-sponsors were Ms. Edmonson and Dennis Moss.

When Ms. Edmonson said her concerns had been satisfied and she wished to move the item on behalf of Mr. Diaz, Ms. Sosa said she wanted the prime sponsor to decide whether to delay but would relent if there were no legal concerns.

However, she asked that her name be removed as a co-sponsor and said she could not support “the creation of another burden” of costs until “everyone is on the same page.”

She and Chairman Jean Monestime cast the opposing votes.

One Response to Airport, seaport unite to create cruise center