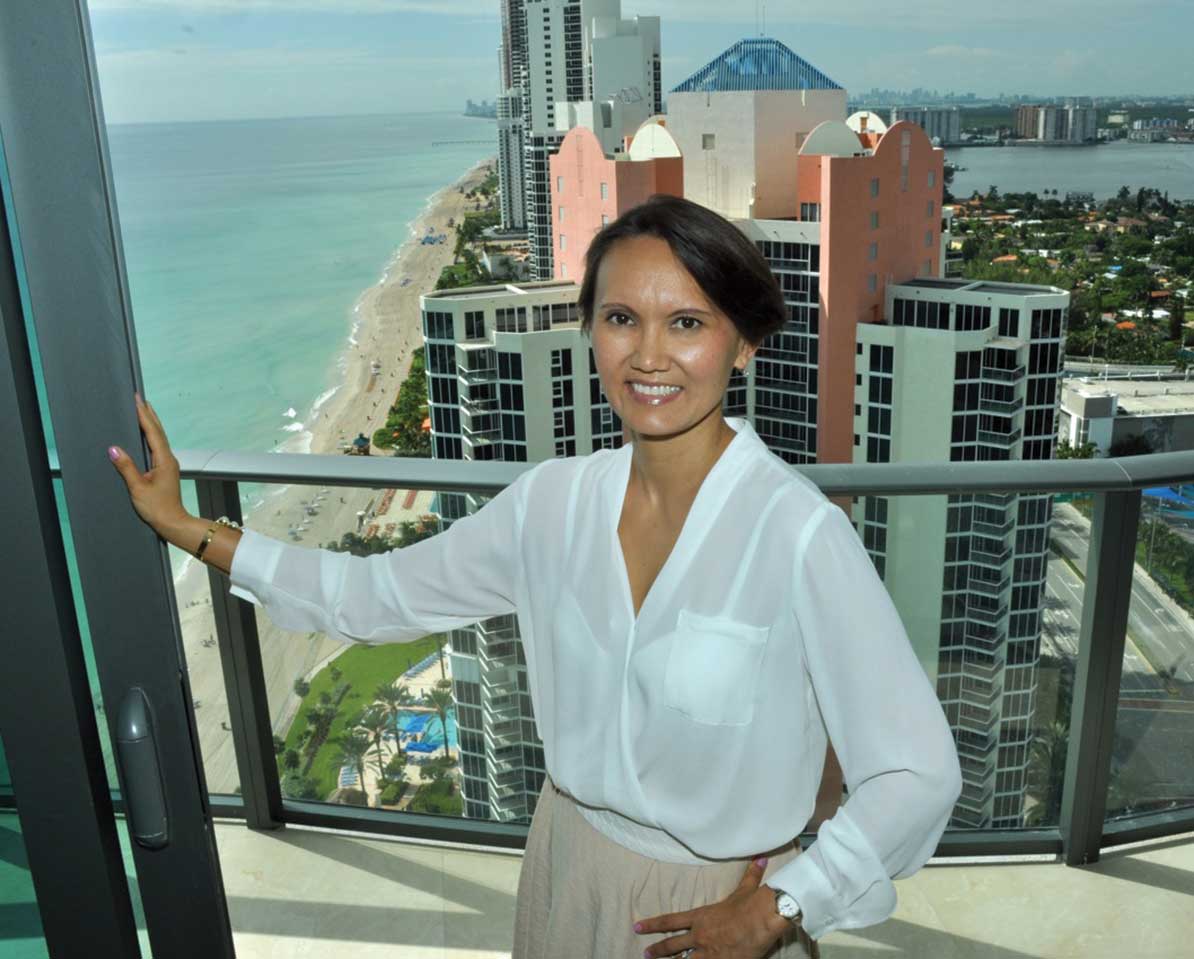 Industry watchers haven’t seen a significant decrease in Russians buying property since the ruble’s decline against the dollar but have noticed that those who were unsure about moving ahead with a purchase in South Florida have decided against doing so for now.

“I continue to receive inquires from Russians wanting to rent but am seeing less interest from those who started looking when the ruble decreased considerably,” she said. “These first-time homebuyers in South Florida decided not to move forward, with the main reason being they make their money in rubles and would have doubly high carry costs for a second home.”

So there are definitely Russians who are in a “holding pattern,” Ms. Sang believes, either because of the instability of their currency or political concerns, given the uncertainty about relations between the US and Russia and whether there might be changes in visa issue procedures.

The ruble has decreased dramatically in value against the dollar in the last year, albeit with some fluctuations, due to the price of oil plummeting, one of Russia’s main exports, and Western sanctions put on the country because of its Ukraine policy.

Yet a number of Russians are still buying property, mainly those who have already purchased here and are changing their behaviors, Ms. Sang said. She is seeing several categories of these Russian buyers: those shifting from a condo to single-family home where they appreciate the privacy; families moving to other communities in South Florida because they believe the schools there are better for their children; and affluent buyers able to purchase properties in the price range of $5 million and above. These buyers don’t have particular worries, Ms. Sang said, but want a trophy, unique home.

Previously, she said, these buyers didn’t have as many choices but are now able to look into new, luxury construction properties such as Jade Ocean Condos or the Chateaux, where they can have ocean views and unique layouts.

Yet another group of Russian-speaking buyers, Ms. Sang, are coming from Canada, New York and New Jersey. She sees stable interest among these potential homeowners.

The Miami Association of Realtors reported Russians were the fourth largest group of foreign buyers searching its website for residential properties. In January last year Russia didn’t make it to the top 10 countries for this online traffic.

“If focused solely on the depreciation of the ruble, one would expect that real estate investments in Miami would be less attractive to Russian buyers,” said Robert Cruz, chairman of the business school at Miami Dade College. “But the steady drop in the ruble is more likely to be perceived as a sign of continuing weakness in the Russian economy and additional future depreciation of the ruble.”

Mr. Cruz said investors will be looking for a safe haven to protect their wealth, and Miami real estate continues to be viewed as a very good option.