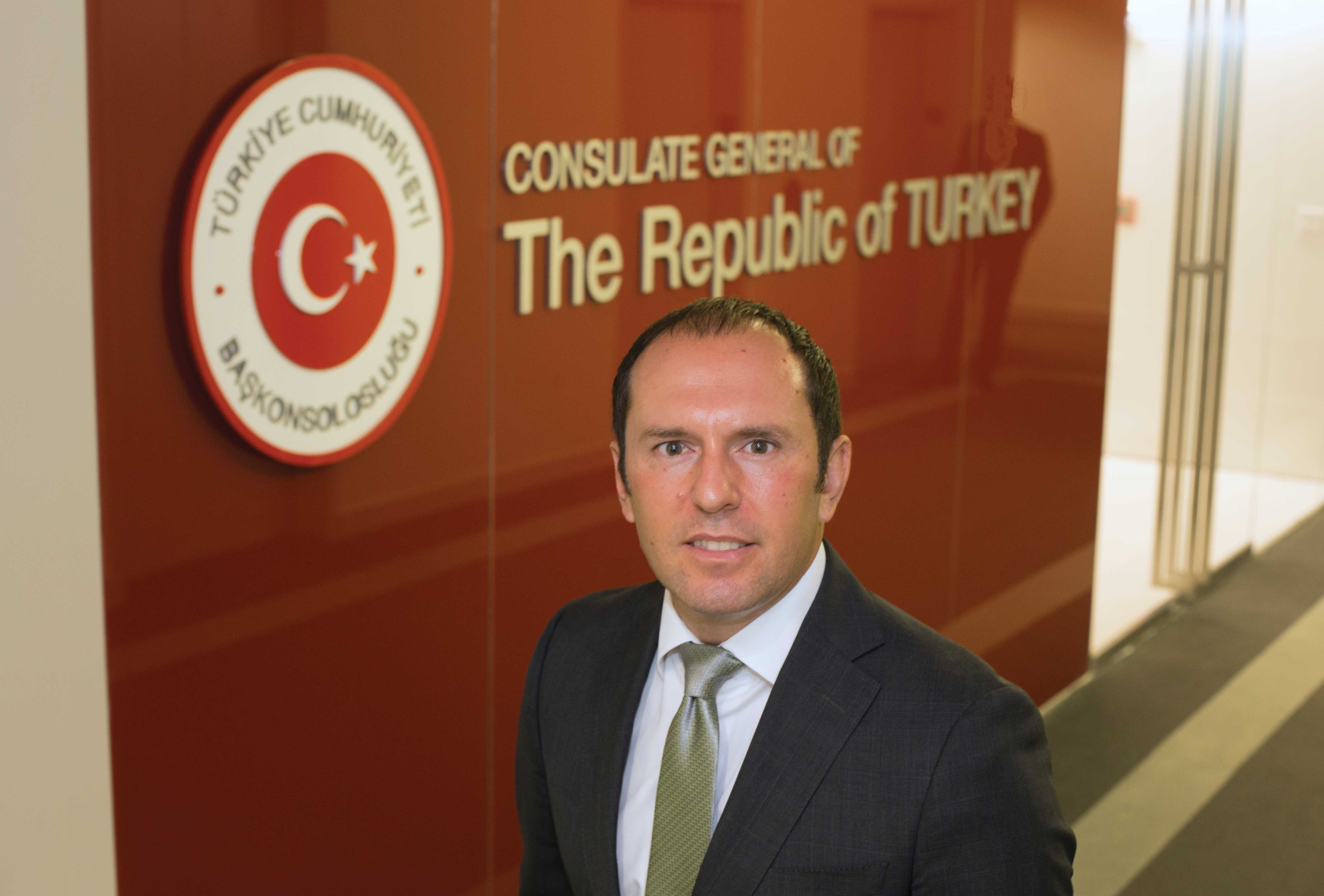 Turkish Consul General Özgür Kivanc Altan has only been in Miami a little over a year but already has helped to establish a daily non-stop flight to Istanbul, collaborated with other diplomats on a celebration of peace during the 100th anniversary of Gallipoli, and is working with business leaders to continue growing trade between Miami and Turkey.

Mr. Altan said an essential part of his job is to build more bridges and let people know what Turkey offers in the realm of trade and business ties. He also wants to spread the word that Turkey is a great country with very friendly people, as well as how Turkish Americans are contributing to community life here in Miami and the US in general.

Mr. Altan didn’t start out wanting to be a diplomat. Rather, he stuck with his high school friends, who all decided to pursue careers in chemical engineering. Mr. Altan enrolled in the same course of study but – after preparing for exams in chemistry, physics and math and seeing how poorly he was faring – realized it wasn’t going to work out for him. Mr. Altan liked talking to people and based his decision on whether he’d like to converse as a lawyer or a diplomat, which requires speaking about one’s country.

He and his wife were happily settled in Greece when the opportunity arose to serve in Miami. Mr. Altan wasn’t terribly keen on the idea of leaving Athens, but his wife wanted to come to the US and said the only way to break a tie vote was to ask their 6-year-old daughter. When the child heard the family was considering a move to Florida, she asked if that was where there was a place called Disney World.

And that’s how the decision was made, despite Mr. Altan originally thinking he’d talk his daughter out of moving. But he doesn’t regret it at all, and said it’s been a thrill to open a new consulate from scratch and an honor to represent his country here.