Advertisement
The Newspaper for the Future of Miami
Connect with us:
Front Page » Top Stories » City plans to swap riverfront headquarters 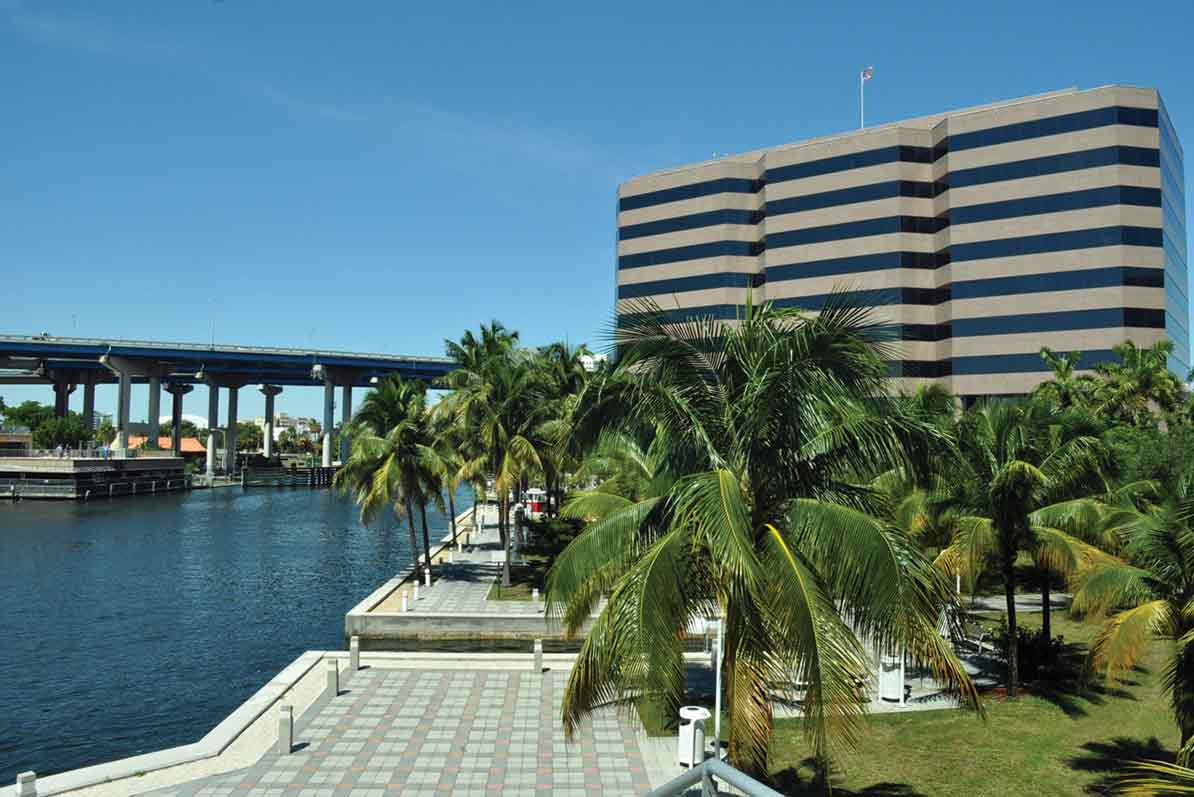 The City of Miami’s administrative office building sits on a choice piece of property on the Miami River, right next door to an open green space with three boat slips.

City officials are considering a sale or swap of the sites as they look for a new home for the growing city government.

The Miami River Commission reviewed the plans Monday and on an 8-2 vote strongly urged the city to keep the small triangular parcel and develop it as a public open park space, recognizing the city’s need for more park land.

Those voting no were Manny Prieguez and Bruno Barreiro.

Mr. Prieguez said the matter is in such an early stage it isn’t even embryonic yet, and suggested taking a “wait and see” stance.

Mr. Barreiro, a Miami-Dade County commissioner, had wanted the motion to recommend that the city require any new developer to keep the same amount of open space – about 49,438 square feet – somewhere on the two parcels.

Mr. Alfonso said land along the river has become very valuable, therefore the city’s Miami Riverside Center office building is not the “highest and best use” of the site, which with the public benefit program could hold up to an 80-story building. He said the city staff is working on a request for proposals to “swap” the existing office building for a new building designed and constructed to meet the needs of the City of Miami administration.

Mr. Alfonso stated the new building must be south of Northwest 20th Street and east of LeJeune Road.

He said if there is a difference in value after the building swap, the difference would be paid to the City of Miami. The deal, he said, would have to be approved at referendum by the voters.

The river committee members acknowledged the City of Miami and its employees as a wonderful part of the Miami River District but understood if the city sees the financial opportunity in a sale of what has become a very valuable riverfront office building.

The office building features ample parking in the site’s 4-story parking garage and adjacent public parking lots beneath I-95.

Mr. Alfonso noted the site is not zoned for Parks and Recreation.

River Commission Director Brett Bibeau agreed, but noted it serves like a public park featuring the public riverwalk, and the slips are important to the city.

Robert Weinreb of the city manager’s office attended Monday’s meeting of the full river commission and spoke about the matter.

“The building is too small for a growing city and we do need more space,” he said of the office building at 444 SW Second Ave., north of the river.

Mr. Weinreb said although it’s still in the very early stages, the city manager did come up with the idea of selling the land and using the proceeds to buy a new site where a new administrative office building of “proper size” could be built, or some sort of swap.

He noted the city-owned land on the river is very valuable.

Jay Carmichael, chairing the river commission meeting Monday, detailed the review of the matter by Urban Infill Chairman Jim Murley. Mr. Carmichael said Mr. Murley suggested the river commission recommend that the city maintain ownership of 460 SW Second Ave. or provide covenants and guarantees that any future owner will maintain its current use, which serves as an undeveloped public park with a public riverwalk and three valuable waterfront slips that could generate re-occurring revenue to fund maintenance of the park and riverwalk.

Mr. Murley also suggested the river commission recommend that the city increase its riverfront public park space and green space and host a public planning process on how the reserved park space might be better integrated into the public Miami River Greenway, Mr. Carmichael said.

Mr. Carmichael pointed out the level of growth and development in the city and its growing population, yet said Miami has the least park space among comparable US cities.

The river commission ultimately followed the lead of Mr. Murley, sending the message to the city commission that the 460 SW Second Ave. parcel ought to remain open to the public.

“I support that. It’s in the best interest of the public,” said commission member Sandy Batchelor.

Commission member Ernie Martin agreed. He said the idea that the city might profit from selling the upland parcel at 444 SW Second Ave. making way for a new tower “is of little interest to me – we’ve got enough towers.” However, it’s vital that they fight to maintain access to the waterfront and the public open space, he said.

Mr. Prieguez countered that it was far too early to vote on the matter.

“A referendum would have to be held at the end of the day,” he said. A sale or lease of the city-owned property may require voter approval.

Mr. Prieguez suggested there may be an opportunity for a public-private partnership involving both parcels. “I urge a wait-and-see attitude,” he said.

When it comes to parks, she said, “We are underserved.”