Advertisement
The Newspaper for the Future of Miami
Connect with us:
Front Page » Real Estate » Most new downtown condos rented immediately 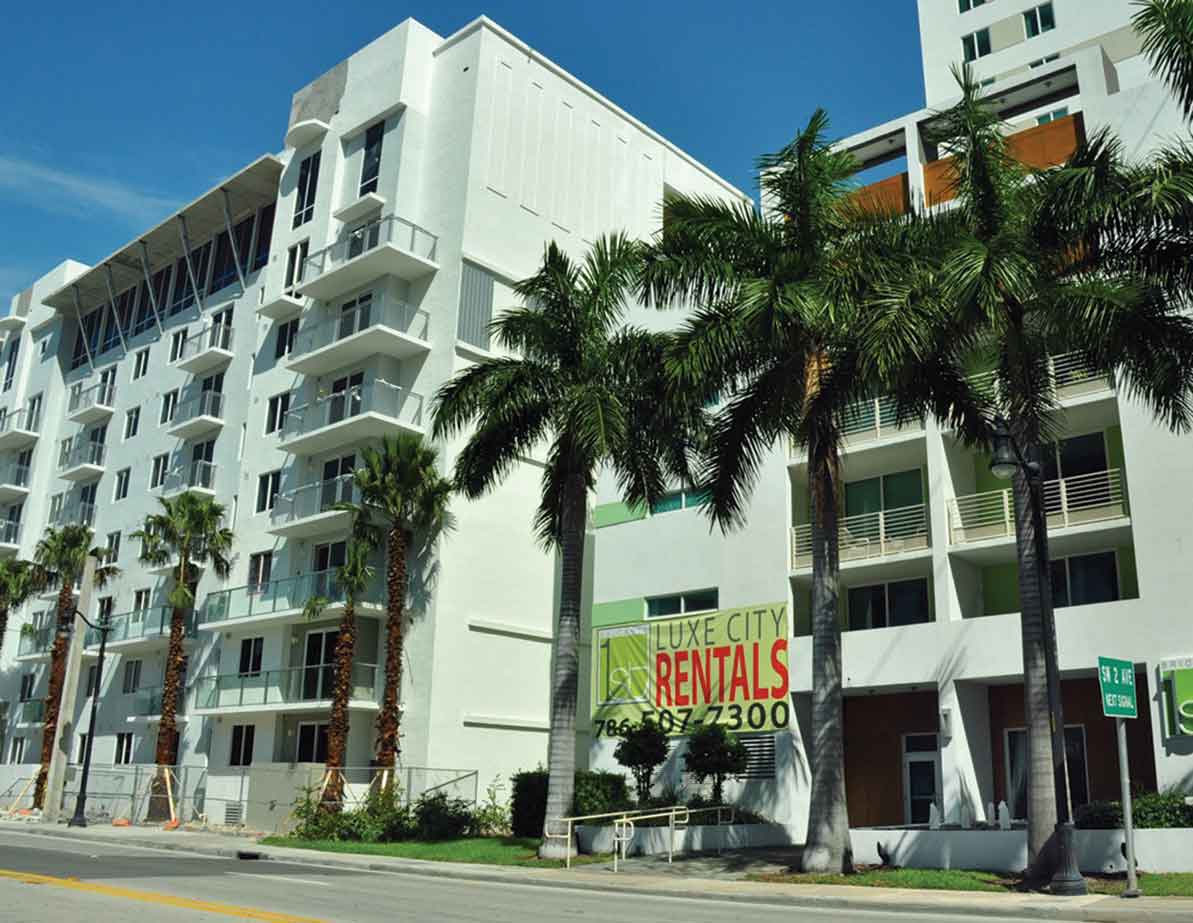 Condo rental rates in the downtown/Brickell area have largely stayed the same for six months, most brokers agree, but they cite a number of variables to watch going forward before we’ll know if the trend holds.

Currently, rental rates in Brickell and average days on the market have remained essentially unchanged for two quarters, said Jonathan Garcia, broker for ONE Sotheby’s International Realty. The main difference in the past six months, he said, is more rentals are now available.

Units in the new condo towers are going to the rental market, slowly but surely, said Sergio Mannarino, vice president of sales and operations for OneWorldProperties. However, he said, the rental price increases of 2014 for the condos have come to a halt. For the most part, he agreed, rents have stayed the same for six months. Moreover, he anticipates they will be capped when new rental buildings open in 2016 and 2017.

Salaries in Miami-Dade haven’t increased, Mr. Mannarino said, so he can’t imagine condo rents will be able to rise, except for rare cases. In fact, he said, in some buildings that lose tenants owners may be willing to lower rates.

“As construction progresses in Brickell, sometimes into the late hours, we’re getting complaints from residents who say they’re considering moving out of the area,” Mr. Mannarino said. “We haven’t seen that yet but there’s a concern in some buildings.”

So far, he has noticed that landlords who are preparing to renew leases are aware of the increasing units becoming available and are maintaining rental fees with current tenants for another year. In some new units, Mr. Mannarino, said the first-time leases may be priced slightly lower than comparable ones in the area by about $100 a month.

“The new inventory will be absorbed, but it will be difficult to justify higher rental rates,” he said.

It’s possible there will be a slight correction in condo rental prices once the residences slated to come online are complete, Mr. Garcia said. As of July 1, he pointed out, media reported for the first time since the last recession all of Miami-Dade’s real estate markets are in value growth mode.

According to data from the county appraiser’s office, the 37 taxing districts saw gains since 2014. “If the values continue to improve, that affects real estate taxes,” he said. “This increase in value translates to higher costs for investors.”

However, Mr. Garcia said, the median income for tenants in downtown and Brickell is not rising. In fact, he said, Miami-Dade has one of the highest rental rates compared with median income in the country.

We have to pay attention to these factors and wait to see how things play out, Mr. Garcia said, but he’s doubtful condo rental rates can grow higher. He also says it’s becoming less and less feasible to have condo units as investment properties, given that landlords are carrying more expense with rising taxes.

“Rents are already at a peak,” he said. “Perhaps some of the units will be sold to people who live there.”