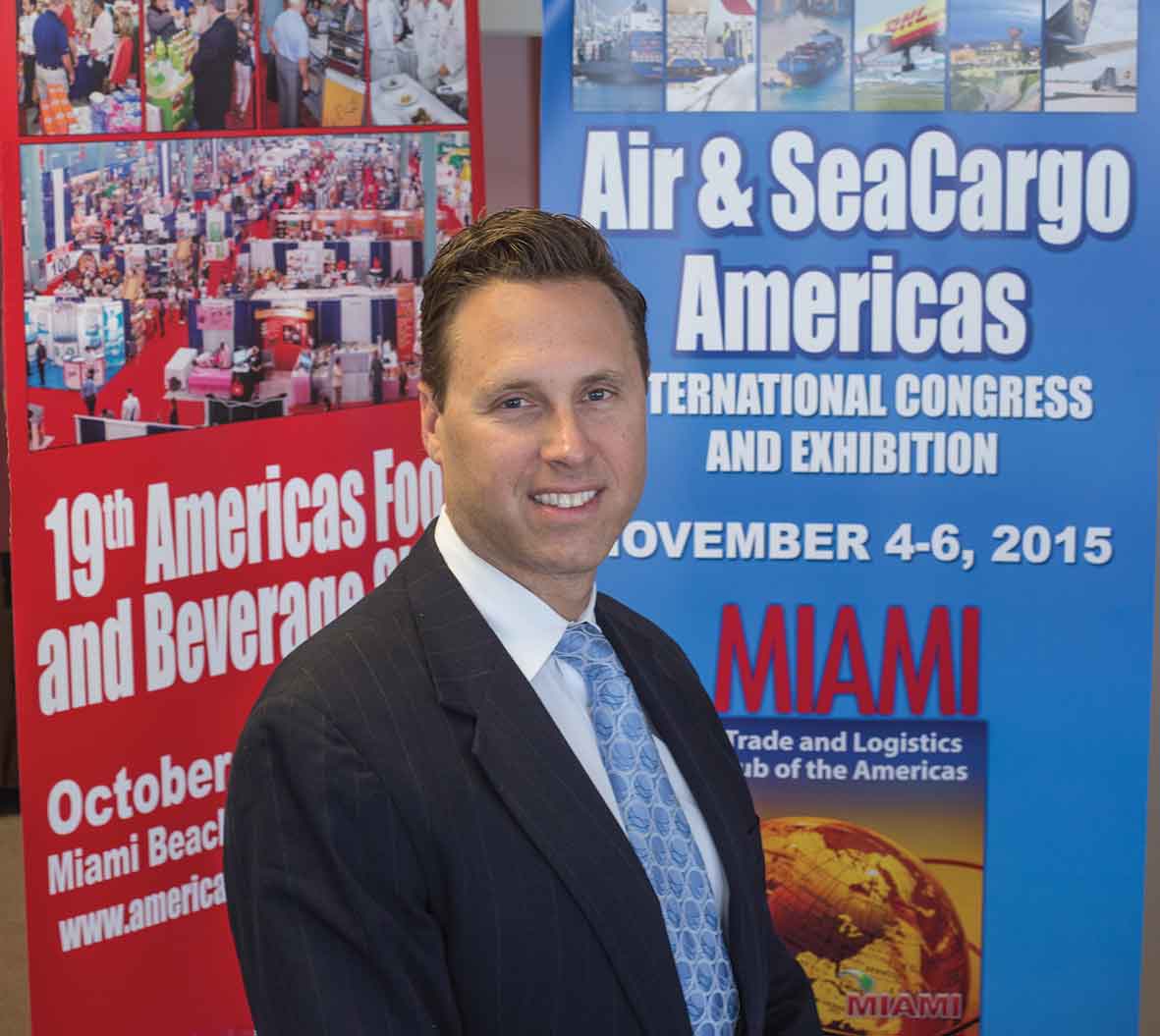 The World Trade Center Miami, now in its third decade, is looking at new strategies to increase its outreach and further its mission.

“Our mission is to increase two-way trade – exports and imports,” said President Charlotte Gallogly, “and our second mission is to strengthen and increase Miami’s position as trade logistics hub of the Americas. We’ve been at it for over 20 years.”

In that time, she says, World Trade Center Miami has generated more than $3.5 billion in reported international sales – a figure arrived at by following up with every participant in its shows and special events.

“My thought process in looking for strategies to increase and enhance two-way trade is based on people, partnerships and process,” said the trade center’s chairman, Lenny Feldman. Mr. Feldman was recently chosen by the secretaries of the departments of Homeland Security and Treasury as one of 20 members of the Commercial Operations Advisory Committee to US Customs & Border Protection. The committee advises government agencies on import enforcement and procedures, export controls and the like.

“I see myself as a facilitator between public and private sectors,” Mr. Feldman said. “I’m also big on developing strategies with seasoned as well as emerging leaders, a mix of men and women with different backgrounds and ethnicities.”

He said World Trade Center Miami is looking at a four-pronged overall strategic plan for the entire region, not just Miami-Dade County. “Even if cargo goes to Port Everglades,” he said, “that will still benefit truckers here. We have to really plug in that piece.”

The first prong, he said, is developing a tactical approach to targeting additional trade. “We’ve been looking at who our current trade partners are, and where there might there be opportunities.”

“We need to develop our markets,” Ms. Gallogly said. “We’re not just going to look at the existing trade centers in a country, but also at secondary and tertiary markets – cities with populations of 1 million or more.”

Fifteen of South Florida’s top 20 trade partners are in the Americas, which comes as no surprise, Mr. Feldman said, “but we are looking not only vertically, north to south, but also horizontally, to Europe and Asia, to see whether there are any trade barriers, but also looking at regulations being implemented by government agencies.”

“One thing that is very important,” he said, “is that we have to roll out the red carpet for individuals considering doing trade in South Florida. Trade delegates are treated like royalty in Asia. Are we returning that courtesy when they come here?”

The second prong, Mr. Feldman said, is the implementation of a Trade & Logistics Assistance Center to guide and advise fledgling and growing companies wanting to get into international trade.

“We will use our expertise within World Trade Center Miami,” he said, “to provide introductions, recommendations of agents and distributors, customized training, market research, customs and legal advice – even go with them on trade missions if they wish.

“By doing that, I believe companies around the world will see that South Florida is serious about being the trade and logistics hub of the Americas.”

Said Ms. Gallogly, “We know the right people who are capable, competent and honest, and we can put you in touch with them.”

Mr. Feldman said the assistance center is ramping up for a launch in early 2016.

“We are trying to bring in both public and private sectors to address cutting-edge strategies,” Mr. Feldman said, “and see what we are missing. For example, do we want to look at other industries such as pharmaceuticals or apparel?

“For the Air Cargo & Sea Cargo Americas Show, we’re looking at ways of developing trade expertise in high schools, colleges and universities to build the next generation of supply chain leaders.”

The trade center skipped a year in its annual State of the Ports event to re-engineer it, Mr. Feldman said, “but everyone is on board to have one in 2016. We are looking at different options, such as having it be regional and national in focus, while still highlighting Miami-Dade County.”

Finally, there’s the question of a new home for World Trade Center Miami. “Right now,” Mr. Feldman said, “the clarion call is to increase and enhance two-way trade. The real estate will follow.

“If we are to be a global trade and logistics center, I feel strongly about being located in an iconic building where we can hold meetings and strategy sessions.”

All options – new buildings or retrofitted, anywhere in Miami-Dade – are on the table right now, he said, “but wherever we are housed, we need to be able to have prominent signage, because that is consistent with the license we have from World Trade Centers Association.

“We are very attuned to new development that is emerging here. There’s a lot of exciting opportunities. We know of several serial world-trade-center developers across the globe who are very interested in Miami.”