Advertisement
The Newspaper for the Future of Miami
Connect with us:
Front Page » Profile » Alice Bravo: Transit chief seeks alternatives to use of private cars 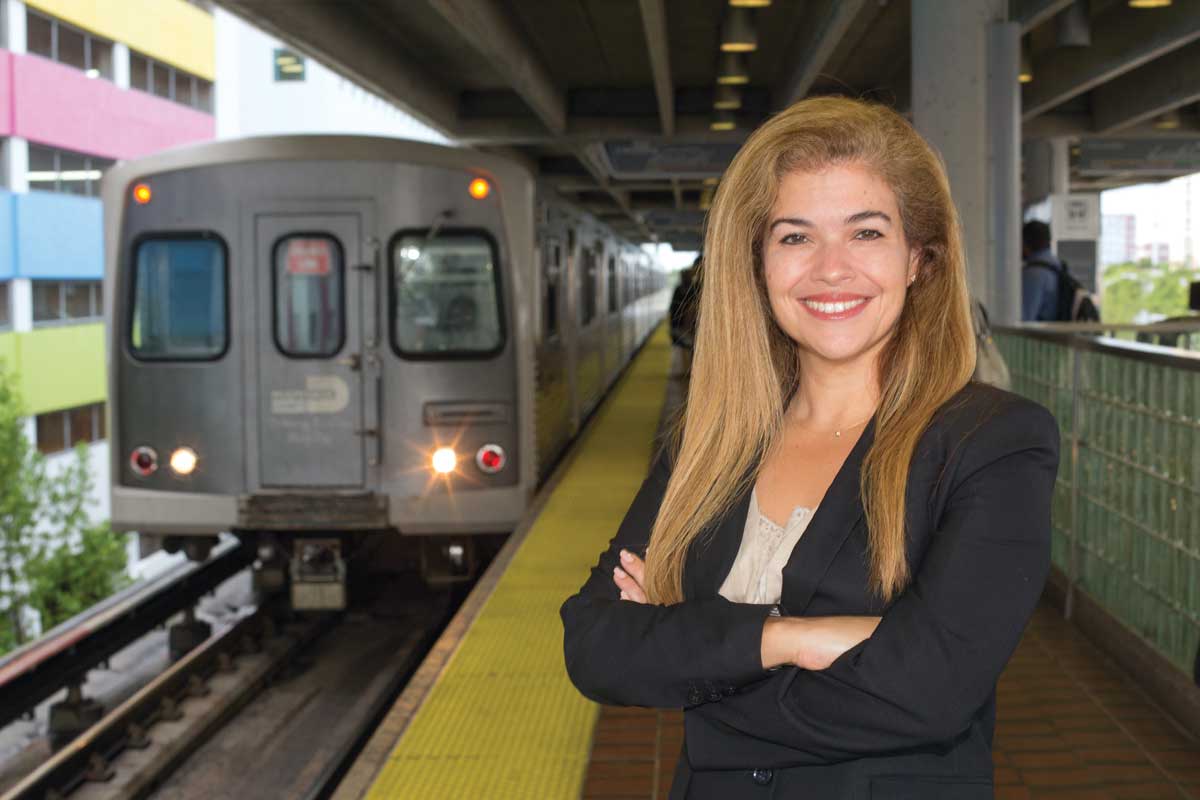 It hasn’t been long since Alice Bravo took the helm of Miami-Dade Transit but she’s already raising new ideas for an improved, well-used system. Ms. Bravo says her goals are to make our system clean, safe and reliable and – ultimately – convenient.

Ultimately, Ms. Bravo said, the county is dealing with a cultural change of how public transit is viewed. A lot of people are using it, she said, while plenty have never even looked into how to use it.

Congestion is inevitable because there are people who, for whatever reason, find using their car most convenient, Ms. Bravo said. However, her goal is to provide a reliable option so those who want to abandon their car and use mass transit will have a viable alternative.

Ms. Bravo was drawn to this job for the opportunity to combine the transit and the public works departments. Public works in this county is responsible for all of Miami-Dade’s roads, traffic signals and traffic engineering decisions for the system. She thinks coupling all that with the transit department has been a missing element.

14 Responses to Alice Bravo: Transit chief seeks alternatives to use of private cars