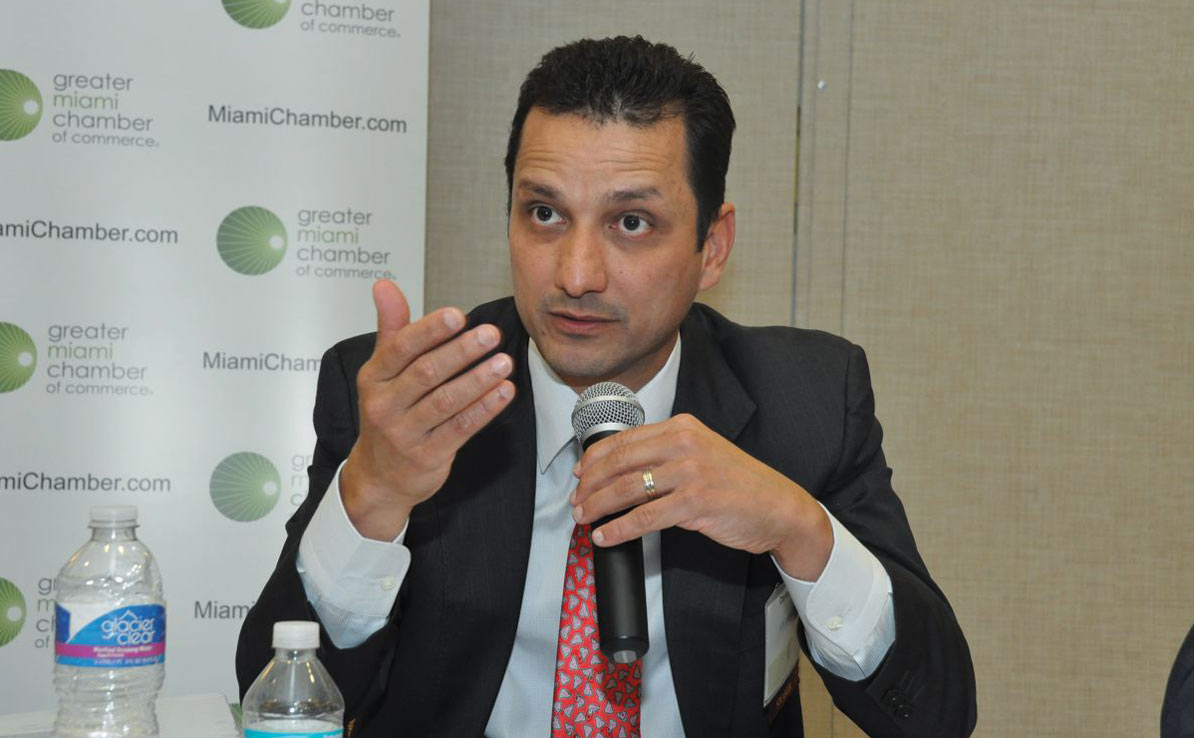 Despite the dramatic swings of late in global stock prices and uncertainty over the effect this will have on US consumer confidence and spending, local bankers are optimistic South Florida’s economy will remain robust and loan totals will keep growing.

Banks continue to recover nicely and are increasing loan totals, according to Karen Dorway, president and director of research for BauerFinancial, the national independent bank and credit union rating/research firm.

“Comparing March 31, 2015, data to March 31, 2014, data for banks with branches in Miami-Dade County, we see loans are up almost 6% while bad loans are down over 20%,” she told Miami Today. “The largest areas of growth are at community banks and in the multi-family and construction loan segments.”

There’s been fairly steady loan growth over the years at most institutions in South Florida, said Jorge Gonzalez, president and CEO of City National Bank. He said the bank had good momentum going into 2015 and, with the economy continuing to strengthen, City National has focused on hiring more people as the marketplace is gravitating toward banks that can provide “a customized experience,” which Mr. Gonzalez describes as taking time to get to know a client and providing face-to-face interaction as much as possible.

Three or four years ago, Mr. Gonzalez said, City National Bank decided to have diversified lending to reflect the diversification of South Florida.

Currently, he said, the bank’s loans are well-balanced, with 33% going to commercial and residential real estate, 33% to small and medium-size businesses and 33% to individuals.

Industry-wide, the market continues to show consistent growth, said Carlos J. Davila, president, CEO and member of the board of directors for US Century Bank. That must be counterbalanced, he said, with the competitive landscape, which can result in increased pricing.

“We learned during the economic downturn that we have to be prudent with how we handle loan growth,” Mr. Davila said.

US Century Bank’s loan portfolio will grow 8% to 10% this year, excluding extraordinary circumstances, Mr. Davila said. His bank is normalizing its numbers but still resolving legacy bad loans, which Mr. Davila said means the net numbers are not as high, but he said that’s good for the institution.

He stressed that banks must be cautious with competitive pricing on loans for residential and commercial real estate.

“It’s a tale of two cities,” Mr. Davila said in reference to the Miami markets that are experiencing tremendous growth such as Wynwood and the Design District compared with those at lower levels than the height in 2007, such as Homestead.

Moreover, Mr. Davila said, the bank must be cautious when there’s high volatility in the world markets, but he emphasized that Miami is a lot more diversified than just 10 years ago.

“We used to be exclusively dependent on investment from Latin America but are more balanced and diversified now,” he said. “As things get more difficult in other countries, that might mean those people will not have the money to invest in Miami but it could also mean more people will be coming here.”

The price of oil continues to drop and the bottom has fallen out of the commodities market. Emerging market currencies have taken a significant beating. And now, world wide, stock markets are plunging into correction territory. By some accounts, these markets showed weaknesses in the context of a global economic slowdown, with fears particularly centered on China’s economy with its volatile stock market and recent devaluation of the yuan.

However, Miami is not a totally global city in terms of major investment from China, according Miami-based independent bank consultant and economist Ken Thomas. Therefore, he said, any adverse impact of China’s economic situation will not be felt in South Florida as much as other parts of the country.

Mr. Thomas said he does not believe the Federal Reserve will do anything about the long-anticipated rate increase until next year, which would mean consumers will continue to pay lower rates on loans.

All in all, Mr. Thomas said, there are many reasons for banks to be optimistic about loan growth and the South Florida economy.

“Banks are stronger than ever with stress tests by both domestic and international regulators,” he said. “No community banks are being formed, so the ones already here are not getting competition.”

However, Mr. Thomas said he is concerned with whether small businesses and people with low and moderate income will reap the benefits of increased loan growth.

“My biggest concern with mortgage lenders is that a few Miami banks are exclusively lending to upper- and some middle-income households but little or none to low- or moderate-income ones,” he said. “I recently expressed my concern about a local bank to the FDIC over this issue and I was surprised at their responses.”

Miami has one of the highest poverty rates in the nation, Mr. Thomas said, and needs its banks lending to the entire community – not just the affluent households as a few banks are doing.