Advertisement
The Newspaper for the Future of Miami
Connect with us:
Front Page » Top Stories » Mega-marina begins artificial reef 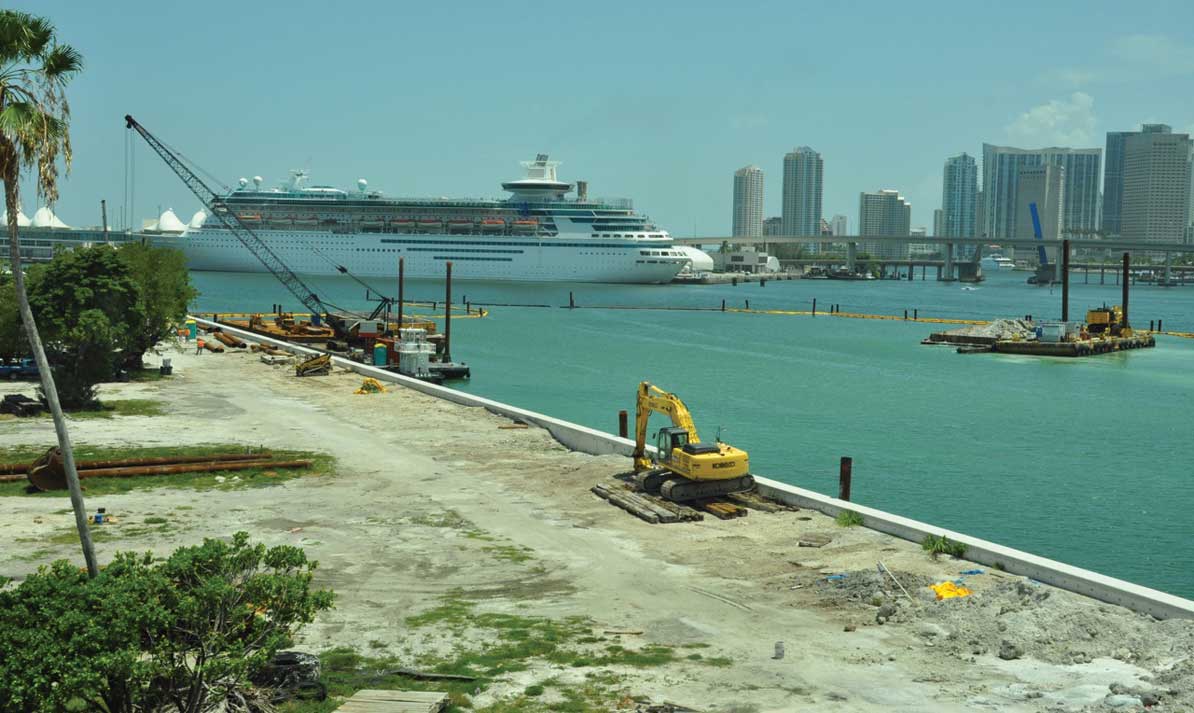 The developer said this week it has begun installation of the Brickell Mitigation Reef Site, designed to offset impacts to hard bottom habitat and foster new marine life. Upon completion, it could be home to approximately 5.43 acres of offsite habitat.

•Removal of 59 sponges and placing them in a relocation site (permit conditions required the relocation of just 30 specimens).

•Removal of 2,000 seagrass plugs and transporting them to a temporary holding site. When the dredging phase is completed, these plugs will be replanted in the filled dredge hole.

•Identification of additional donor locations where 8,000 additional seagrass plugs will be removed and replanted.

•Creation of an artificial reef to off-set impacts to habitat at the project site.

•Deployment of 232 reef balls on site and 2,159 reef balls at the Brickell Mitigation Reef Site. Reef balls are made of concrete and used to create artificial reefs.

The company said mitigation endeavors will continue for 5 years following completion of marina construction to ensure all mitigation goals have been fulfilled.

Flagstone says it has invested more than $10 million in mitigation work for the marina so far.

While the new seawall/bulkhead has been completed, dredging near the property continues in anticipation of decking and pier work.

When the marina is finished it will be able to accommodate up to 50 mega- or super-yachts, up to lengths of about 550 feet, the developers say.

The city and county are working together to get water and sewer lines to the property.

In June, Miami city commissioners approved an agreement with Miami-Dade County to bring public water and sewer service to 1050 MacArthur Causeway for Flagstone.

The June 25 resolution says Flagstone Island Gardens LLC currently has leases on the property and has requested the city and the county to enter into a tri-party agreement in order for the necessary water and sanitary sewer services to be provided to the development.

The county is the sole provider of water and sanitary sewer services in Miami-Dade and has agreed to provide the services for the mixed-use project.

The city owns the 6.5-acre site. Voters approved leasing the land to Flagstone for the development back in 2001.

Numerous delays, including the economic downturn and port tunnel dredging, held back Flagler’s plans for years. Marine mitigation began at the site in May 2014, which represented a formal commencement of work on the project, city officials confirmed.