Advertisement
The Newspaper for the Future of Miami
Connect with us:
Front Page » Arts & Culture » Telemundo at capacity filming telenovelas 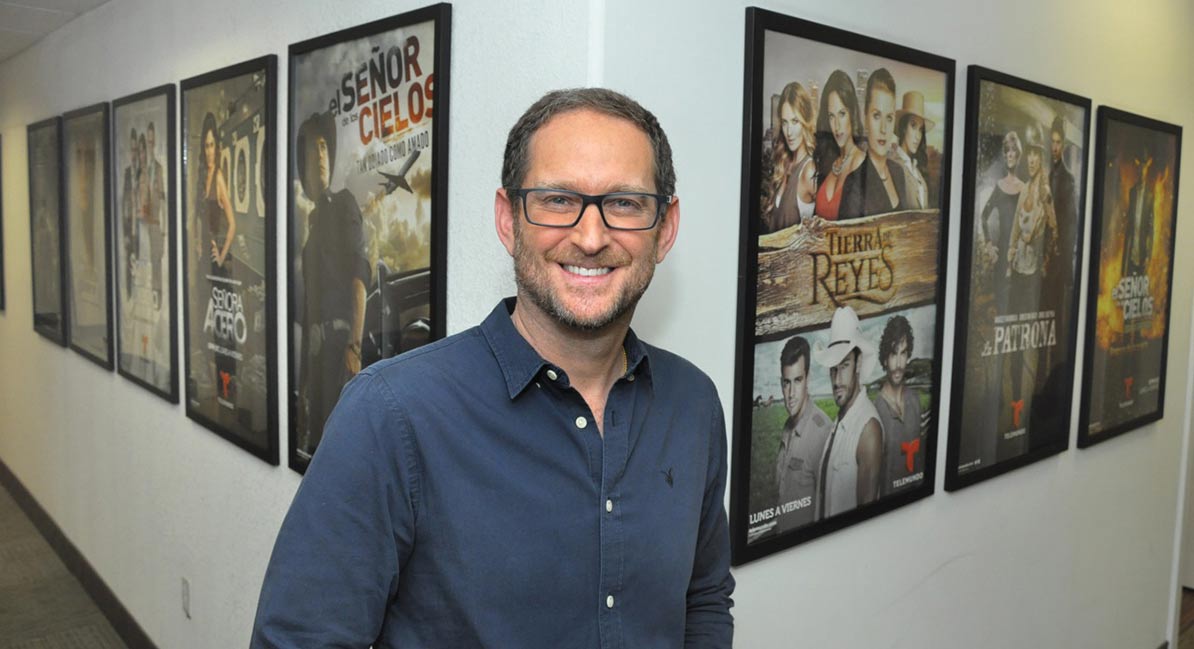 Telemundo has been busy at its production studio in Hialeah.

In July, Nielson reported that the network had its best primetime ratings ever in the second quarter of fiscal 2015, delivering a 32% share among Spanish-language audiences 18-49.

And the network has no plans to slow down, according to Telemundo Studios General Manager Joshua Mintz. He said the Hialeah studio, where most of the network’s telenovelas are written, filmed and produced, has been working at or beyond capacity since he took over in 2011.

That has an impact on Miami-Dade County that goes beyond the screen, he said, because the studio employs 354 people to produce two novelas simultaneously at a rate of about an episode a day.

Network spokesperson Michelle Alban said telenovela budgets vary widely, but generally come in the range of about $10 million for a full-length series. Telemundo Studios in Hialeah produced four novelas in 2014 and is scheduled to produce four more in 2015.

Undoubtedly, a sizeable portion of those budgets goes toward paying foreign talent who may not live in Miami full-time. But Ms. Alban, who said she could not comment on the details of Telemundo’s expenditures, said most of that money stays in Miami-Dade in the form of building materials, furniture and wardrobe purchases, location rentals and a permanent local staff.

Telemundo Studios, just northwest of Miami International Airport, is a near-constant construction site. Spokesperson Elizabeth Vazquez said that for a typical novela, in-house crews build from 100 to 250 elaborate sets over the course of a six-month production cycle.

Although the faucets in the faux-kitchens may not run, each set must contain enough detail to be convincing. Accordingly, the studio has accumulated 130,000 props ranging from flower pots to football helmets, mostly from local vendors.

“There’s a difference between what we do and what a movie or general market production does,” Mr. Mintz said. “We’re producing two novelas a day, every day. A movie will be here for a couple of days and then go and take the people they brought with them.”

Beyond the direct economic impact of permanent and constant production, he said, the studio also boosts the community in a less tangible way.

All the exterior shots in each telenovela are filmed in and around Miami. Even the scenery that viewers see outside the windows of indoor sets comes from photos the studio has taken at local houses it rents for production. Ms. Vazquez said these images are then broadcast to over 120 countries in more than 40 languages.

“Our shows are exported to many countries, and when you watch them, what you see is Miami,” Mr. Mintz said. “It’s a window to see how beautiful the city is. I’m certain it attracts people and businesses here.”