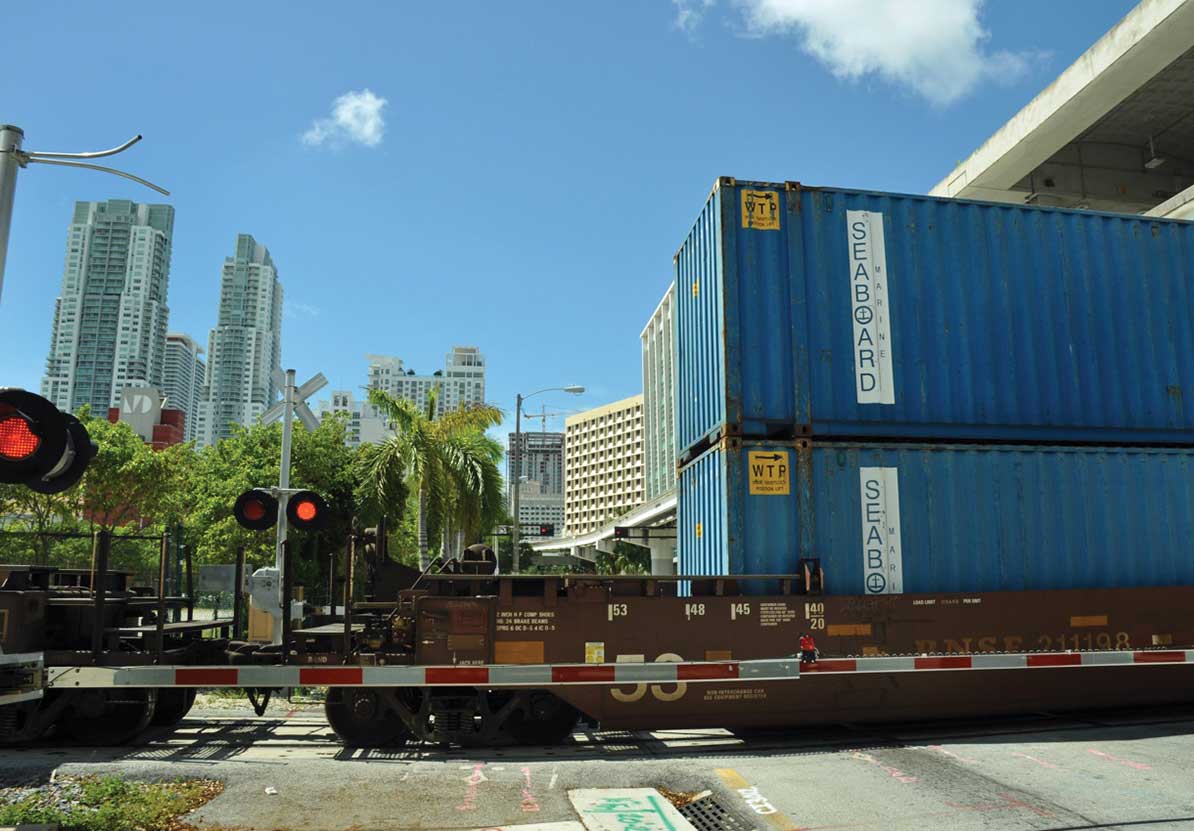 He anticipates Prologis, which wants to operate 320,000 square feet as a magnet foreign trade zone in the Beacon Lakes Industrial Park that it owns and is building out, will hear about its application in less than 60 days.

Magnet operations, Mr. Olafson said, encompass a greater area than usage-driven sites, and aim to attract multiple operators rather than a single company.

“We have this alternative system to set up additional foreign trade zones,” Mr. Olafson said. “In just three years, we’ll have 35, probably more than any county in the nation.”

The proposed Site 31 for Prologis is adjacent to the Miami Customs and Border Protection port of entry.

The economic benefit of the sites to Miami is enormous, Mr. Olafson said. The federal government controls foreign trade zones, which are based near seaports and airports and allow merchandise to enter the US or be held without paying Customs duties or other ad valorem taxes, offering US businesses a level playing field in competing with companies abroad.

With the growing number of foreign trade zones here, Mr. Olafson said, major retailers will use Miami for distribution to North American markets as well as in Latin America and the Caribbean.

“Miami-Dade has 280 million square feet of warehouse space and [the market] is still growing,” he said. “The more warehouses built here, the more merchandise will be coming.”

“The dredge [to deepen the seaport], more foreign trade zones than anywhere in the nation – it’s all coming together to make Miami a global logistics hub,” he said. Moreover, Mr. Olfason said, PortMiami signed a memorandum of understanding in March with the Free Trade Zone Associations of Panama.

“The MOU states that PortMiami FTZ 281 and the Panamanian Free Trade Zone Associations will collaborate on promoting bilateral trades, expanding our trade zones and sharing best practices,” he said. “This agreement is the first of its kind.”