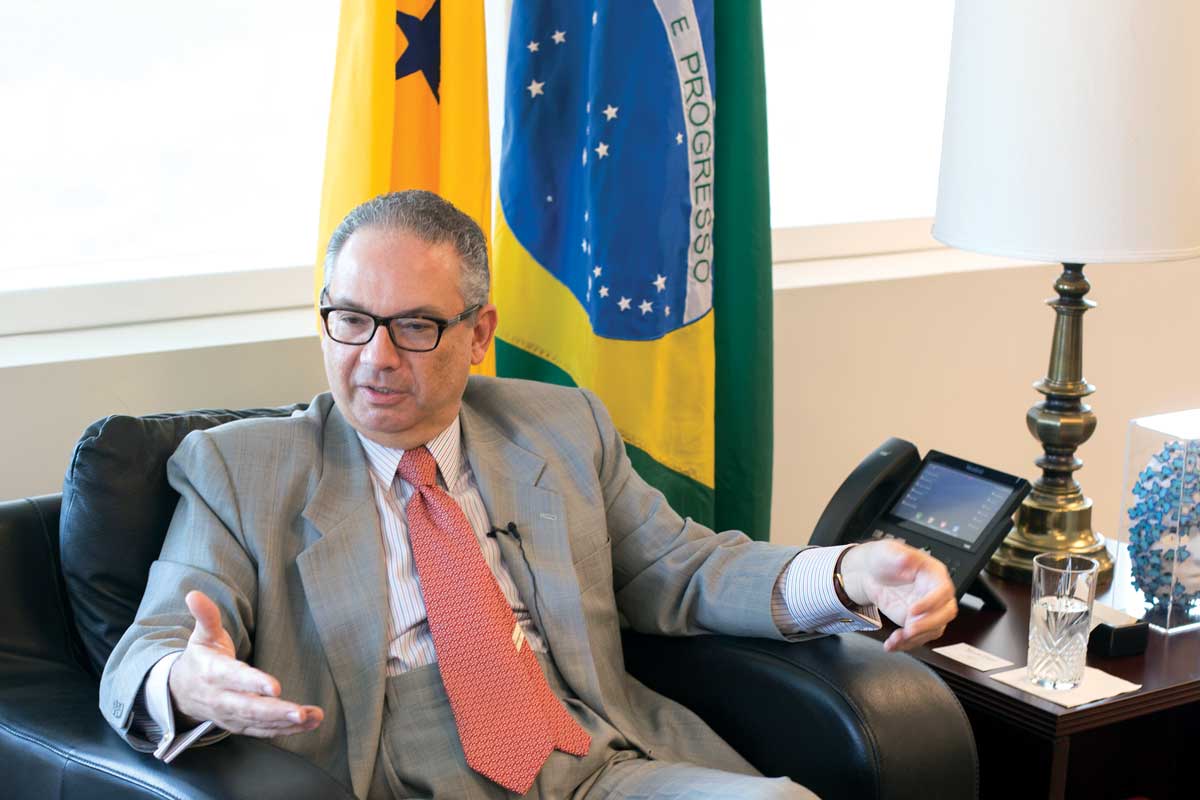 Helio Vitor Ramos Filho no longer remembers what originally drew him to diplomatic work. His father was a congressman, mainly focused on international relations. As a result, the family traveled a lot, so Mr. Ramos grew up in what he calls an environment prone to living abroad and entered the diplomatic institute in Brazil at the age of 20.

Addressed as the Ambassador, Mr. Ramos is beginning his fourth year posted in Miami as the consul general of Brazil for Florida, the US Virgin Islands and Puerto Rico.

Brazil and the US are long-time friends, the Ambassador said. Florida plays a particularly important role in trade agreements. Last year, commerce between Brazil and Florida reached $16.9 billion in US dollars, representing almost one third of the business between the two countries and making Brazil the largest of Florida’s commercial partners.

The Ambassador said the value decline of the real of 25% or 30% isn’t good for Brazilians who come here to buy things but is beneficial for Americans going to Brazil. However, he said, Brazil has faced some problems and the real being devaluated is good for the country to increase its exports.

The Ambassador advises visiting Brazil to see its striking beauty. When you go to São Paulo or Rio de Janeiro, he said, you can see the potential of Brazil, which is why important American companies are in Brazil right now.