Advertisement
The Newspaper for the Future of Miami
Connect with us:
Front Page » Communities » Dredging up funds to clean pollution

Dredging up funds to clean pollution 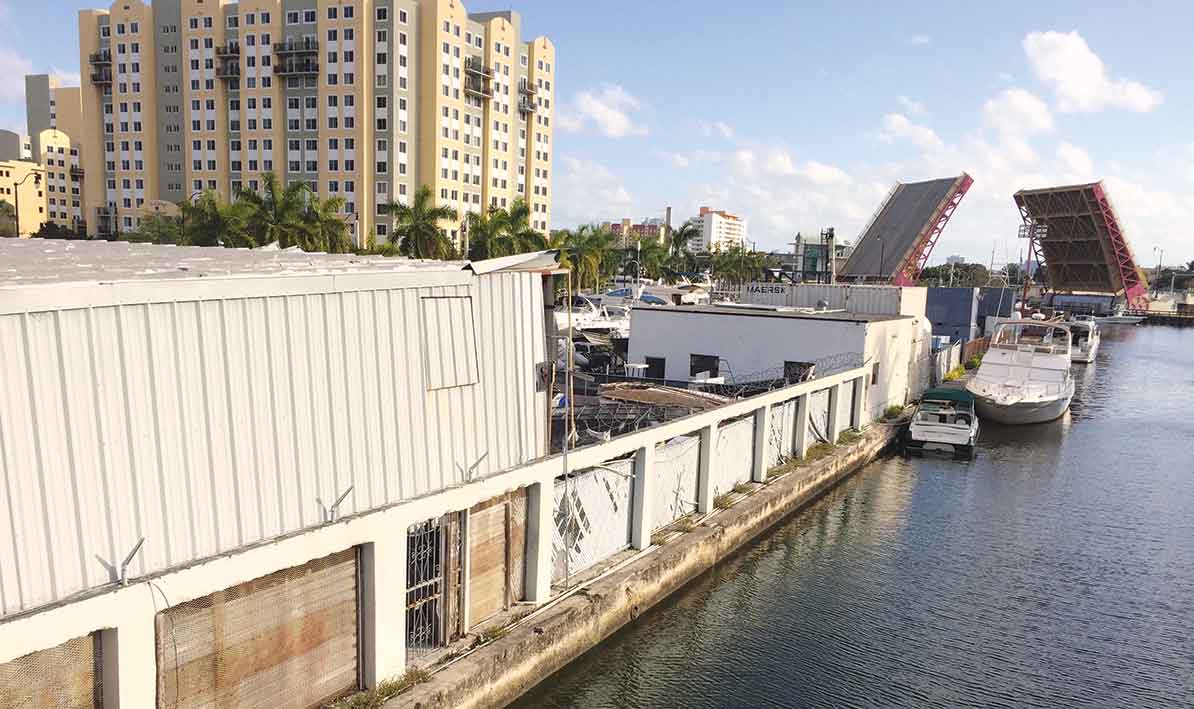 The clean-up of a contaminated tributary of the Miami River is one step closer after action by Miami city commissioners.

On July 9, they wrapped up paperwork to get a nearly $23 million loan from the state to make it happen.

Advocates for a clean and lively river are applauding the clean-up project.

Dredging of the Wagner Creek/Seybold Canal and removal of polluted materials from the affected area has been a long time coming.

He spoke July 9 reminding commissioners of the long struggle of Spring Garden residents and river advocates to get the pollution cleaned up.

Remediation is needed before the contamination migrates to other areas in the river, said Mr. Aguirre, who reminded commissioners that state environmental authorities were warning of severe fines if the city didn’t remedy the problem.

“Today, you have a perfect plan before you,” said Mr. Aguirre of the state loan to fund remediation. “You need to clean this up right away.”

It’s about improving the quality of life in the area, he said, and ultimately could lead to new businesses along the canal, and new jobs.

Manny Prieguez Jr., a member of the river commission, said a “deeper and cleaner” canal would be a huge benefit to the river and surrounding area, and he urged approval of the clean-up plan.

Several others spoke in favor of the loan and clean-up.

David Park, a resident, said the pollution poses a serious health danger and residents have been working for years to get the waterway cleaned.

“It will cost taxpayers more in the long run if we don’t address it now,” he said.

Dr. Ernie Martin, a member of the river commission and a property owner in Spring Garden, said the waterway’s history dates back to the early 1900s when “open sewage” was dumped into Wagner Creek.

In 1995, dioxins were discovered in the tributary along with other contaminants, he said, noting the suspected role of an old city incinerator near 20th street.

“This is our Love Canal,” Mr. Martin told the city commission.

Clean-up is vital, he said. “We have waited a long time – it’s over a century,” said Mr. Martin.

Spencer Crowley, a Miami attorney who serves on the board of the Florida Inland Navigation District, said the organization is willing to commit to $3 million in grants toward the clean-up. That money would offset the estimated total cost of remediation of about $23 million.

Commissioner Keon Hardemon said it was important to clean up the river for environmental and economic reasons. “We try to attract significant investment to the river,” he said, so that it’s a place where people can come and dine and relax. “We need to preserve this piece of our tradition.”

The commission unanimously approved providing for a design and construction loan up to $22,413,800, at no interest, from the state environmental protection department’s clean water State Revolving Fund program for the Wagner Creek/Seybold Canal Project.

City Manager Daniel Alfonso said the loan would be repaid with the city paying about $1.1 million yearly for 20 years.

The project aims to remove accumulated sediments and dioxins (a hazardous chemical bound to the sediments), and subsequently restore stormwater capacity in both Wagner Creek and Seybold Canal, benefiting the community and South Florida’s natural aquatic resources, said a project summary.

Dredging is to begin where Wagner Creek flows out of a culvert at Northwest 20th Street and to continue to where the Seybold Canal empties into the Miami River 2.5 miles away.

Based on an approved plan, the project will provide for “efficient and safe” excavation of contaminated, accumulated sediment in Wagner Creek and Seybold Canal, as well as transporting that sediment to a landfill, according to officials.

The river commission’s Stormwater Committee, headed by Sallye Jude and assisted by Managing Director Brett Bibeau and canal resident Charlie Hand, worked hard to get the funding for the project, according to the Spring Garden Civic Association.

State Revolving Fund programs save money for projects that benefit the environment, including protection of public health and conservation of watersheds. Federal and state contributions fund loans for a variety of water quality projects, including stormwater, watershed protection or restoration, and estuary management, as well as municipal wastewater treatment projects.