Advertisement
The Newspaper for the Future of Miami
Connect with us:
Front Page » Business & Finance » Theme park has fallback plan 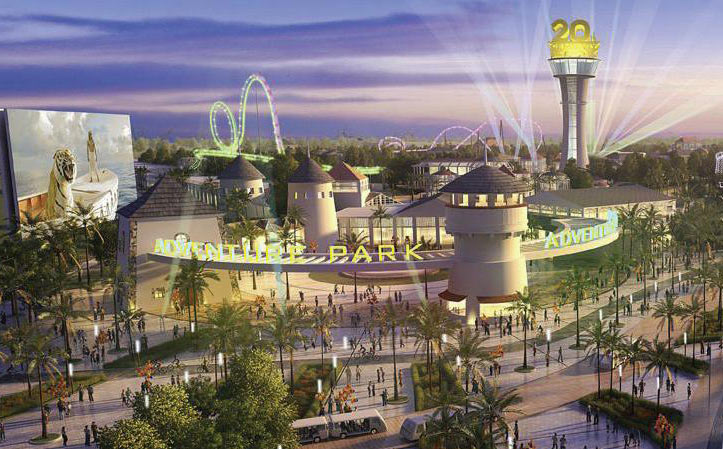 Miami Wilds LLC remains enthusiastic about its proposed theme park to be built in the ZooMiami area and is evaluating the feasibility of a phased approach to expedite plans for the multi-million-dollar entertainment complex.
According to George Navarrete, deputy director of parks for Miami-Dade County, a Phase 1 development could include a water park, limited lodging and some retail; and Phase 2 would take place all within existing county property. That could later include development on neighboring US Coast Guard property, he said, that would include the theme park and significant retail.
“We always anticipated the Miami Wilds project would be developed in two phases, with Phase 2 following immediately behind Phase 1,” said Paul Lambert, project director for Miami Wilds LLC.
“What was unanticipated, I think we can safely say by nearly everyone in our group and county government, was that US Fish & Wildlife would require such an extended habitat survey and approval process associated with the Phase II site even though the Miami Wilds plan does not call for developing in any of the Pine Rockland Forest,” he said.
According to Mr. Navarrete, significant environmental surveying for evidence of listed endangered species has already taken place on county property. He said additional environmental surveys, following US Fish & Wildlife Service protocols, could begin on Coast Guard property as early as August and be completed by August 2016.
“These surveys will assist the service in determining permitting and mitigation requirements,” Mr. Navarrete said. “We will have a better sense of the timetable once the environmental surveys are completed and reviewed by the service.”
The federal habitat review has created uncertainty associated with timing and developable land parcel that would be included in any transfer of Coast Guard property to the county, Mr. Lambert said.
“As a result, we’ve had to rethink an approach to include a ready-to-develop Phase 1 program without being dependent upon Phase 2 coming to fruition,” he said “After going through heavy additional planning and review, we are convinced that the Phase I project stands on its own legs financially, has few if any of the federal approval complications and substantially more limited public funding needs compared to the larger Phase 2 effort, and will both feed and feed off of new energy created at the front gate of ZooMiami.”
The latest developments have been helpful for identifying the project character, said Jack Illes, creative partner for Miami Wilds LLC.
“I have been personally focused for the last four months on community engagement, and have had the opportunity to meet a number of the thought leaders involved in the scientific, environmental and business communities locally,” Mr. Illes said. “Those conversations – with a variety of local groups such as the National Park Service, Everglades Foundation, academics at FIU and FAU, local chamber and trade groups, and the local business community in the Redland – have helped us develop a better understanding of the opportunity at Miami Wilds.”
Mr. Illes said there’s is an exceptional opportunity for Miami Wilds LLC to create a unique destination that can serve as an environmental showcase, a focal point for the South Dade community, and as a gateway to the other attractions in South Dade.
“The unique character of the destinations and natural environment that surround us will serve to create the personality and character of the new attractions at Miami Wilds,” he said.
Specifically, Mr. Illes said, the Pine Rocklands forest affords Miami Wilds LLC the opportunity to broaden awareness among its visitors about the Everglades ecosystem and its importance to South Florida.
“We have proposed to set up a conservancy to restore, manage and protect the forest, and believe that we can create a showcase for environmental awareness and responsibility through our efforts,” he said. “The heritage museums now in place – the Gold Coast Railroad Museum and the South Florida Military Museum and Veterans Memorial – also serve as an opportunity to create a setting at Miami Wilds that further showcases the unique local history and culture of South Florida.”
A significant development at the zoo itself is the new entry and Everglades exhibit area, Mr. Illes said, which the developers see as both the centerpiece and foundation for the entire Miami Wilds project.
“Given our strategic location within the larger Everglades ecosystem, between two of the Everglades Park entrances,” Mr. Illes said, “we feel the new Zoo Everglades exhibit offers an exceptional platform to build on that will focus attention at Miami Wilds on the unique natural environment and local culture, and to attract new visitors to a destination appealing to locals and visitors alike.”
From the outset, Mr. Illes said, Miami Wilds has had three primary objectives: expand awareness and visitation to the zoo; create new opportunities, both jobs and education, for local residents in South Dade County; and protect and preserve the unique forest setting with the zoo and heritage museums now in place, all based on a commercially viable business plan that supports these objectives.