Advertisement
The Newspaper for the Future of Miami
Connect with us:
Front Page » Arts & Culture » Cuban Museum due for wrap-up

Cuban Museum due for wrap-up 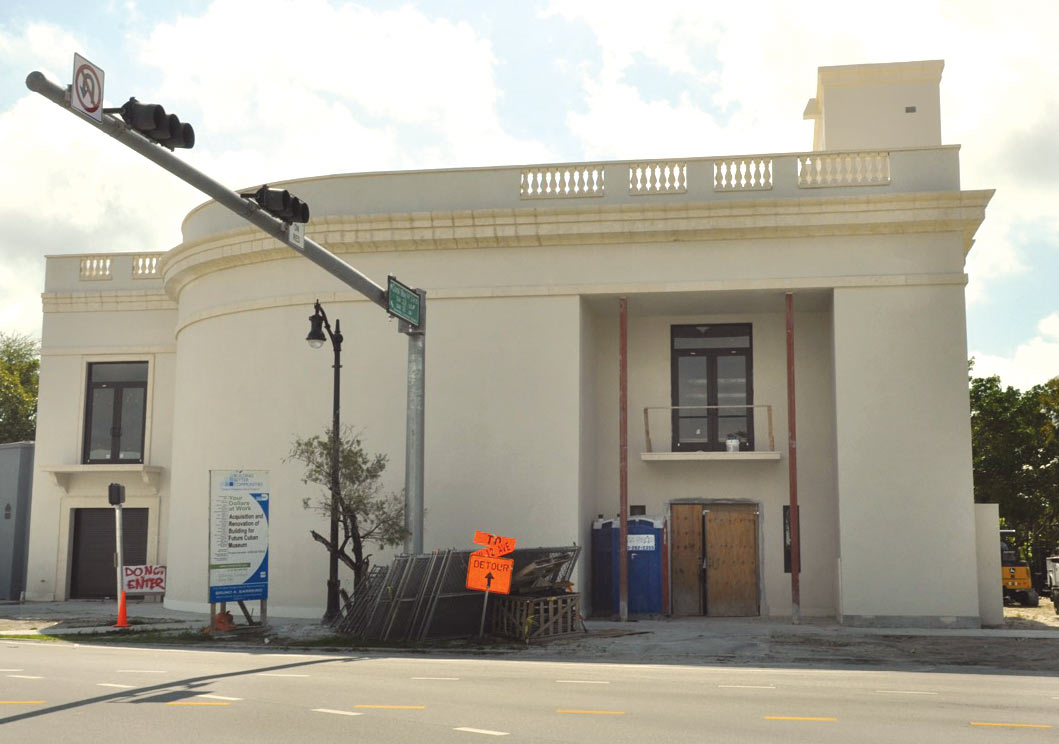 A final completion date for the Cuban Museum’s new building has been set for late August, finally solidifying what has been a fluid timeline for the center’s completion.

Part of the team spearheading the project met Friday to track its progress, said Raul Rodriguez, who heads Rodriguez and Quiroga Architects. Substantial completion of the new 15,000-square-foot building at 1200 Coral Way is set for Aug. 14. The completed building is to be handed over two weeks after that.

An official opening has yet to be set.

From his understanding, Mr. Rodriguez said, the museum would like to open its exhibit in time for Art Basel in December. But a statement sent to Miami Today by Ileana Fuentes, the museum’s cultural consultant, said a launch date has not been determined due to the museum’s ongoing construction.

A two-year construction hiatus, caused by Miami-Dade County’s temporary halt of parts of a bond program funding cultural infrastructure, has delayed the museum’s opening date by three years, Miami Today reported. In March 2014, the museum was to open in early this year. In May, the reported opening date was Nov. 20.

Ms. Fuentes did say a fundraising event campaign is on the horizon “to ensure the success of the museum.” Miami Today was told in May the museum is collecting “anything and everything” related to the Cuban émigré community. The museum will tell the story of those who left their country in search of freedom after 1959, Ms. Fuentes’ statement read.

The museum will be moving from its current location at 1500 S Dixie Hwy., where as of March of last year it was staying rent-free in a Bank of America-owned building. Photos posted on the Cuban Museum’s Facebook page show progress within the interior of the new building, including a finished sleek, white, marble-like interior and a matching spiral staircase. Its new home is to include a 5,000-plus-square-foot gallery, a movie and live plays theater on the second floor, a sculpture garden, a gift shop, and roof space for outdoor concerts.

The new building’s purchase and reconstruction is funded by $10 million in bond borrowing administered by the county’s Building Better Communities Bond Program.

The museum currently operates on a $150,000 annual budget funded by grants and donations, but once operations in the new building begin, Ms. Fuentes told Miami Today last year, she expects the budget to increase to about $1 million during its first year of operations. At that time, she reported slow progress in achieving grants due to the new building’s ongoing construction, but said donations and grants would come flowing in the minute the museum was inaugurated.

2 Responses to Cuban Museum due for wrap-up