Advertisement
The Newspaper for the Future of Miami
Connect with us:
Front Page » Top Stories » Businesses may define Marine Stadium use

Businesses may define Marine Stadium use 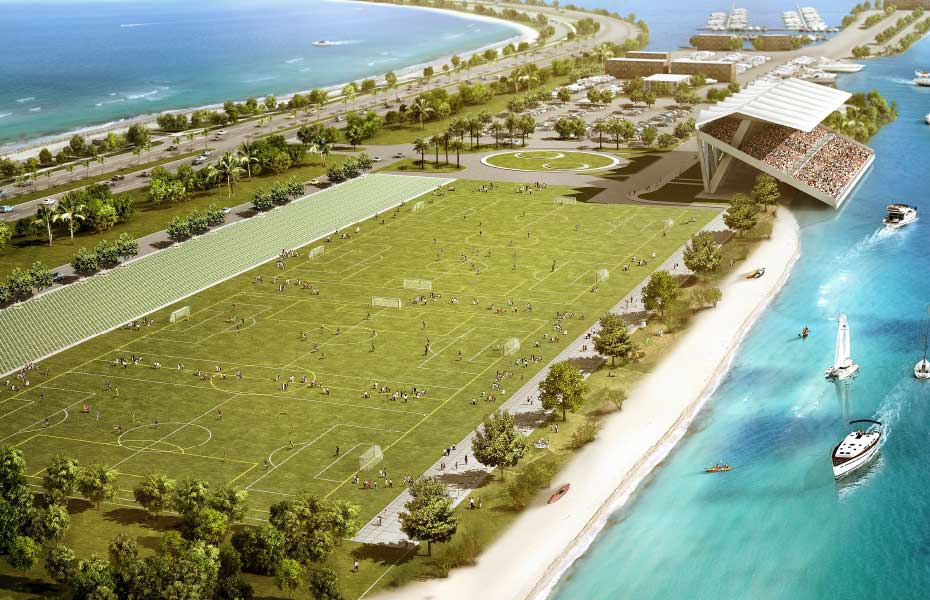 After accepting an $80,000 grant to investigate the concrete stadium’s underwater supports July 9, commissioners debated the purpose and use of the idled stadium after it is restored.

Then they unanimously directed City Manager Daniel Alfonso to request proposals or letters of interest from potential operators to help answer the question: What do we do with Marine Stadium?

Marc Sarnoff, who made the motion, said it’s a way to get business to tell the city how the waterfront Virginia Key stadium, idle since Hurricane Andrew hit in 1992, can be used.

Commissioners didn’t decide on its use, or the intensity of use at adjacent Marine Stadium Park. The city is spending more than $16 million to turn the area around the stadium into a flex park as part of a deal with the National Marine Manufacturers Association to bring the Miami International Boat Show to Virginia Key next February. Once the boat show exits, the park would have new sporting fields and open space.

The intensity of use at the park has troubled some commissioners and led to a legal battle with Key Biscayne, which let loose a volley of lawsuits against the city and launched a public relations campaign that has attacked the city and boat show organizers.

A joint meeting between the two elected bodies in June found no resolution, but the city and island village remain in private mediation.

A contractor’s removal of mangroves along with non-native trees beside the stadium has only stirred contention. Commissioners Frank Carollo and Francis Suarez were unhappy that the city manager’s office didn’t deliver as promised a full report on the mangrove removal July 9. Both want that report at the July 23 meeting.