Advertisement
The Newspaper for the Future of Miami
Connect with us:
Front Page » Government » Next big step for vast Miami Worldcenter 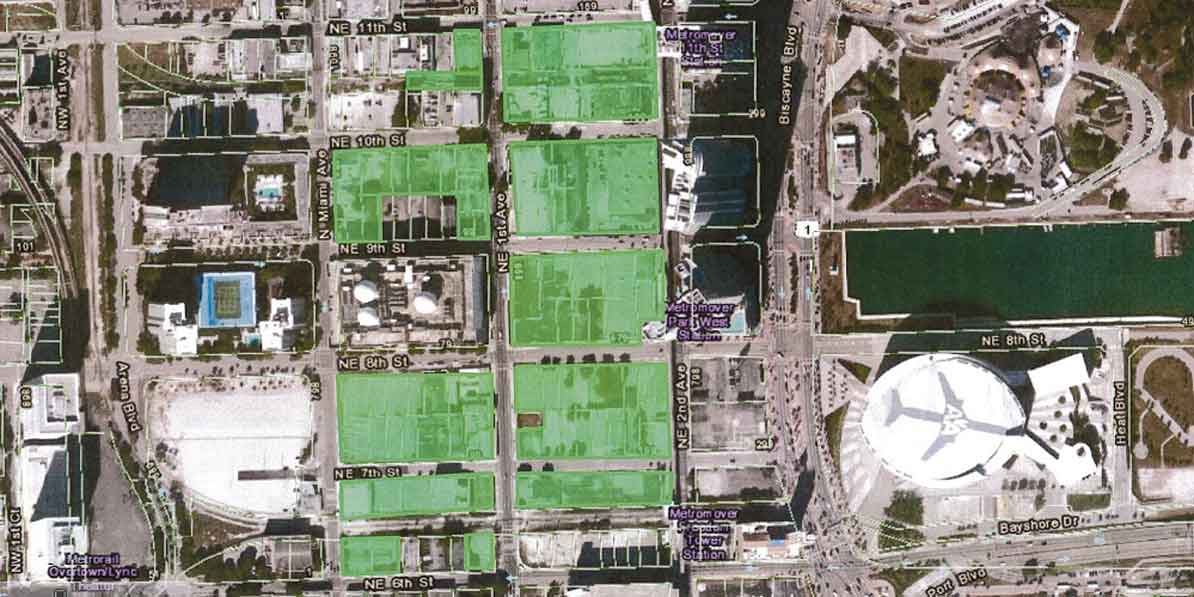 A major step in the evolution of mega development Miami Worldcenter is expected July 14 when county commissioners decide whether to create a Community Development District for the project.

The district would provide a financing mechanism for community infrastructure, facilities and services, along with some ongoing Miami Worldcenter operations and maintenance.

When first heard by Miami-Dade commissioners in June, the proposal got unanimous support, though a number of commissioners said “Yes, for now” when voting.

That meeting brought out community activists and residents, many asking commissioners to defer approval until developers agreed to pay to train unemployed locals, hire them at a living wage and meet with union and community representatives.

Bounded by Northeast Sixth and 11th streets and between North Miami Avenue and Northeast Second Avenue, Worldcenter plans to turn about 24 acres of mostly vacant lots into a prominent destination with residential, office, hotel, retail, restaurant and entertainment uses.

The developers are calling it the largest construction project in Miami’s history.

In its petition asking for a Community Development District, the developers say the plan for property within the proposed district includes construction of 6,390 residential units, 150 hotel rooms and 926,500 square feet of retail space with associated roadway, earthwork, storm drainage and water and sewer facilities, estimated to cost $72,800,800.

According to the county, a Community Development District is a special taxing district that may levy taxes and assessments and issue bonds.

These taxes and assessments are added to the tax bill for the payment of the infrastructure.

The legislation before commissioners says the proposed district “will constitute a timely, efficient, effective, responsive and economic way to deliver community development services in the area, thereby providing a solution to the county’s planning, management and financing needs for delivery of capital infrastructure therein without overburdening the county and its taxpayers….”

About three weeks ago, the developers announced that the city had granted site plan approval for the first phase of development, applications for building permits would be submitted in the coming weeks, and that past litigation involving the project had been resolved.

“Miami Worldcenter is in the final stretch of the planning and approval process, with construction set to begin in the third quarter of this year,” said Nitin Motwani, managing principal for Miami Worldcenter Associates.

Construction of the mall and Paramount tower are to begin in the third quarter, while ZOM’s Luma project is to get under way in early 2016. Additionally, Newgard Development Group has filed plans with the city to construct a mixed-use tower within the project.

Last week, the city’s Southeast Overtown/Park West Community Redevelopment Agency hired a $430,000-a-year consultant to monitor minority job creation at Miami Worldcenter. The developer will pay the bill, according to Clarence Woods III, CRA executive director. The CRA board is made up of city commissioners.

The mammoth mixed-use project in Park West is to get tax breaks as high as $6.889 million a year through 2030. Those breaks are tied to Worldcenter’s pledge to be a “direct pipeline to thousands of jobs and opportunities for small businesses,” said an agreement signed when the project was OK’d last year.

According to last year’s agreement, construction workers will be paid at least $12.83 and electrical journeymen $30.11 hourly, and workers who have committed minor crimes won’t be disqualified. Developers promised to hire neighborhood residents for 30% of unskilled and 10% of skilled jobs. If they can’t find qualified residents, they next must hire from low-income ZIP codes, then the county at large.

One Response to Next big step for vast Miami Worldcenter