Advertisement
The Newspaper for the Future of Miami
Connect with us:
Front Page » Real Estate » Luxury condos due on water near hospital

Luxury condos due on water near hospital 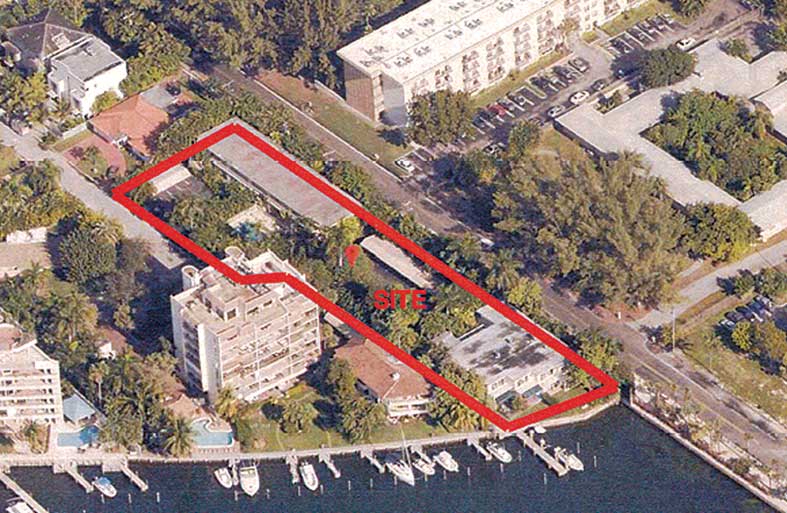 A developer hopes to build a new luxury condominium on waterfront property next door to Mercy Hospital in Coconut Grove.

The project will require a land use and zoning change, which has gained preliminary approval from Miami commissioners.

The other ordinance would rezone the land.

The city’s planning department and the Planning, Zoning and Appeals Board recommend approval.

Planning Director Francisco Garcia told commissioners he believes the changes should be approved and said the proposed residential development is “well conceived” and a “very appropriate redevelopment” of the property.

There already exists an older condominium on the property, a parcel that extends out to Biscayne Bay.

A slide presentation on the project, called Bay Colony, was cued up for commissioners but they didn’t ask to view it and quickly voted in favor of the land use and zoning changes on first reading.

The site is bounded on the North by Halissee Street, Biscayne Bay to the east, and East Glencoe Street and South Bayshore Court to the west and south, respectively.

The developer intends to redevelop the property as a 20-unit, luxury condominium with parking and related amenities.

In a letter to the city, Mr. Fernandez spelled out the needed land use and zoning changes. Also, he mentioned the need for a modification to the waterfront setback standards in the city charter, “in exchange for certain public benefits that will enhance direct public access to the waterfront.”

The proposed land use change “protects and enhances the quality of life in the city neighborhoods by improving the condition of the built environment via the replacement of an outdated structure with a building of greater economic and architectural value,” he wrote.

“The proposed redevelopment will further expand public access to Biscayne Bay through the creation of a recreational amenity on the bay front. In addition, the [land use change] will advance a more efficient use of the more intense (waterside) portions of the Property and utilize the less intense (landside) portions in a manner that provides for a transition to the abutting, single-family residential sections of the neighborhood,” Mr. Fernandez wrote.

The letter goes on to say adoption of land use change will allow for redevelopment of the site and replacement of a residential building constructed in 1958.