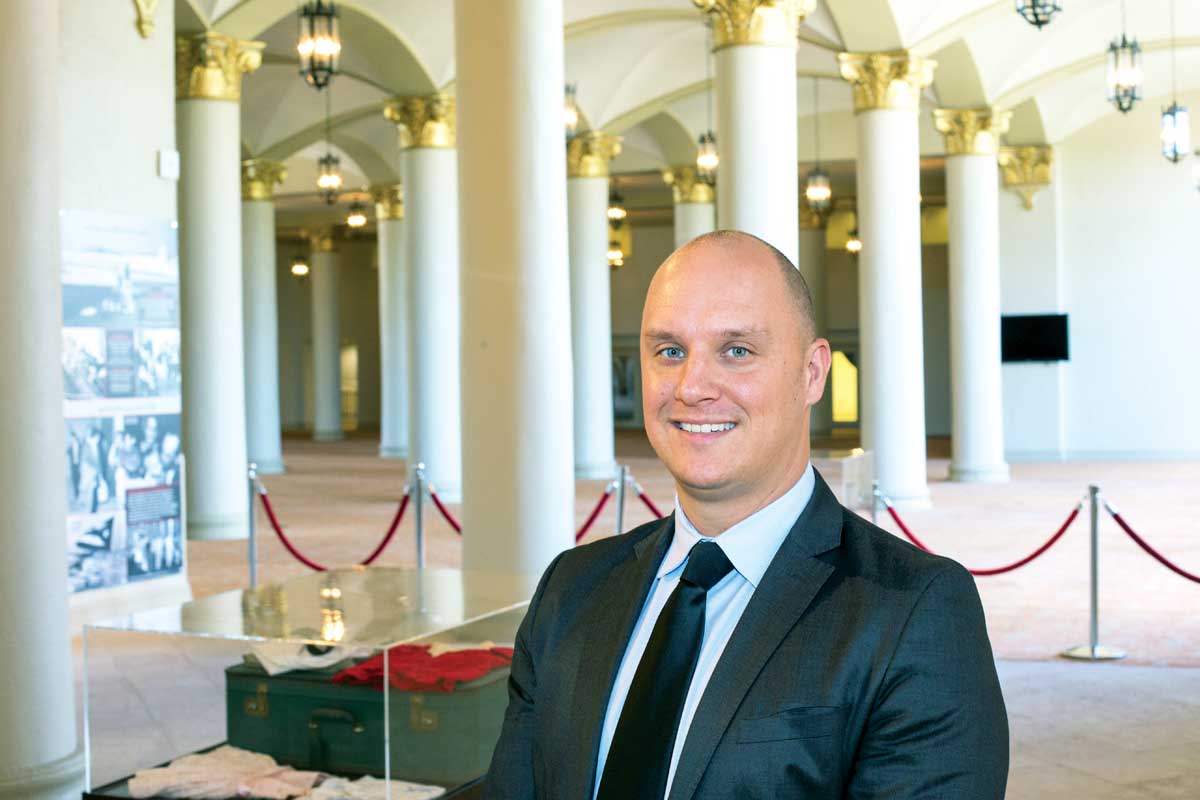 Having grown up in the Midwest and worked for several museums there, Jeremy Mikolajczak was thrilled to arrive in Miami almost four years ago and become the first executive director and chief curator of the Miami Dade College Museum of Art & Design. It’s wasn’t just escaping the long, harsh winters back home (although that is a benefit) that he loves about living in South Florida.

Mr. Mikolajczak is taken with this city’s vitality, what he feels is a collective effort to build its prominence as a major cultural entity within the US, the diversity and numerous areas to explore that satisfy his status as a “constant wanderer.”

More than all of that, he feels honored to be involved in the stewardship and presentation of the historic Freedom Tower where Miami Dade College established the museum in 2012. It was a particularly humbling experience for him to engage with the Cuban community and their relationship to the historic building with the 2014 opening of the Cuban Exile Experience & Cuban Diaspora Cultural Legacy Gallery. He recalls the large number of visitors, back for the first time since the 1960s, walking in with an artifact to donate and telling the importance of the object and how it came from Cuba to Miami.