Advertisement
The Newspaper for the Future of Miami
Connect with us:
Front Page » Arts & Culture » Science museum sprints to finish 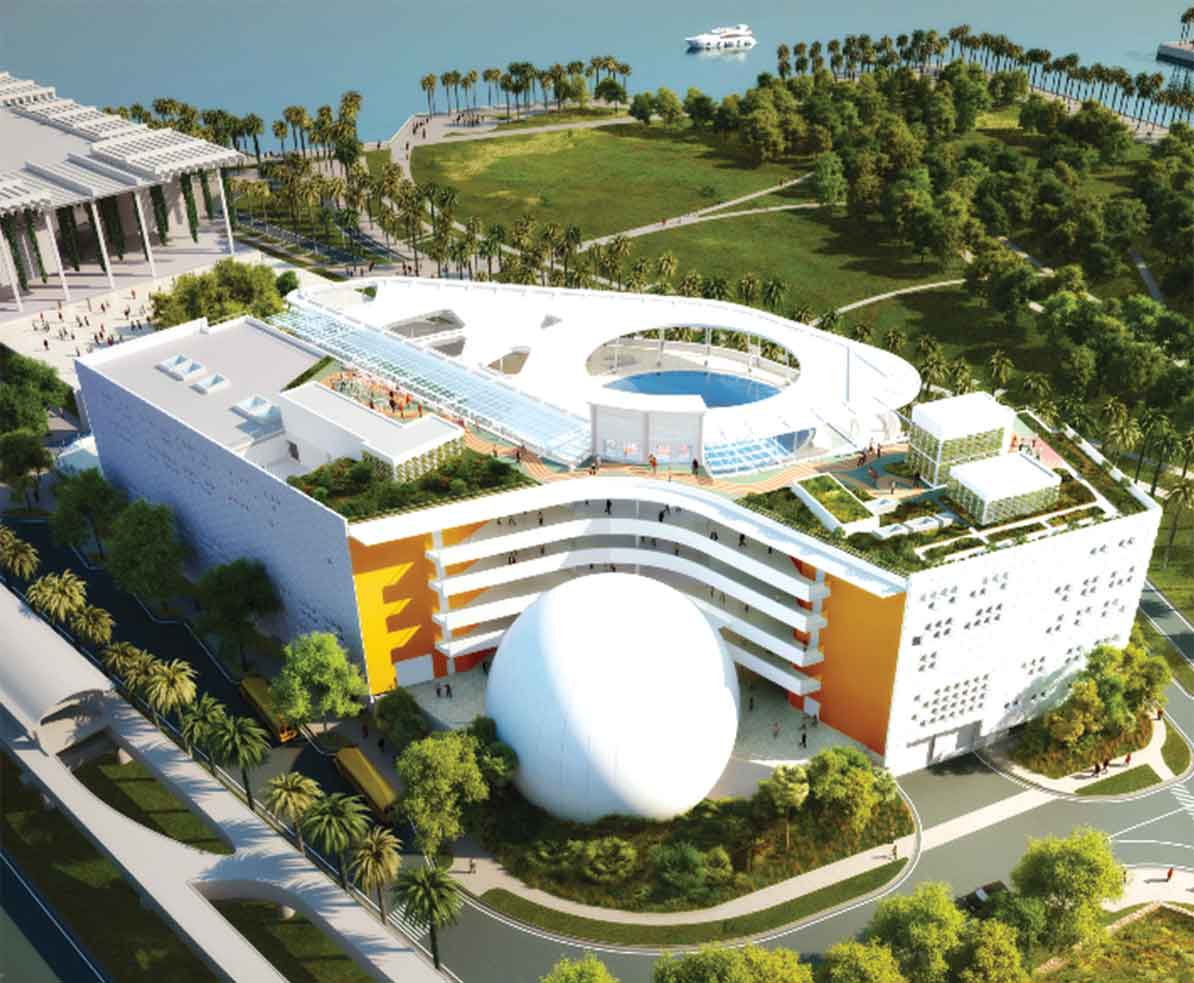 With $101 million raised toward a fundraising goal of $135 million and most of the exterior construction completed on the four-building complex, the $300 million Patricia and Phillip Frost Museum of Science is sprinting toward an on-time summer 2016 opening.

In addition to an original gift of $35 million, the Frosts donated $10 million in March to name the museum’s planetarium, a striking white dome that is visible on the north side of the complex. The exterior the dome was recently completed and work is moving forward on the interior.

“We’re making rapid progress,” said Gillian Thomas, president and CEO of the museum that is sometimes referred to as MiaSci. An opening date has not yet been announced, but work is proceeding according to schedule, she added.

Two firms, one American and the other European, have been selected to design the first two exhibits, Ms. Thomas said. “We will make the announcement soon. These are international- quality design firms.”

Last December, crews worked more than 24 hours nonstop to pour 120 truckloads of concrete onto a form to create a cone-shaped aquarium, an open-air structure that will hold 500,000 gallons of water. It is, according to the museum’s website, “one of the most complex projects currently being undertaken in the United States.”

At the bottom of the tank, a 30-foot circular window hovers over event space, allowing patrons to gaze up at sharks and other sea life. The 250,000-square-foot museum complex will also feature a planetarium, multiple exhibits and indoor and landscaped outdoor event and exhibit space. The buildings will powered by sun, wind and water in addition to conventional resources, and has been designed for sustainability, according to the museum’s website.