Advertisement
The Newspaper for the Future of Miami
Connect with us:
Front Page » Communities » New luxury condos on Biscayne Boulevard 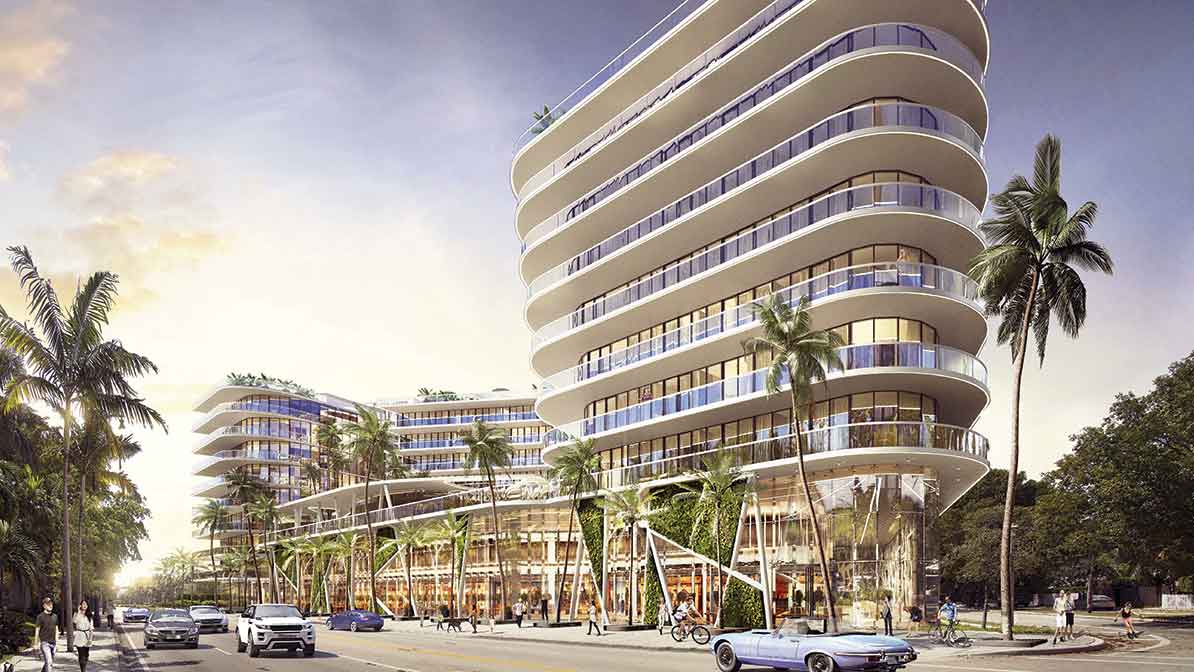 A developer plans to construct a mid-rise luxury condominium on busy Biscayne Boulevard with large residential units and a sweeping, curvy façade.

Boulevard 57 is an eight-story mixed-used development planned for a triangular parcel at 5700 Biscayne Blvd. in the MiMo District.

The city’s Urban Development Review Board recommended approval of the project June 17 after praising the design.

Developer representatives said it is a “by right” development under current zoning – the only reason it had to go before the review board is that it tops 200,000 square feet.

Unitas Development Group could build about 300 residential units under the zoning, but instead chose to build 84. The firm wanted to offer larger living spaces in the market, said architect Charles Sieger of Sieger Suarez Architects.

The project will include about 36,000 square feet of ground floor retail and the developer hopes to attract a fresh market grocer and a restaurant to the venture.

Mr. Sieger said the property is “surrounded by quasi MiMo buildings in a semi urban area in transition.”

A pool deck and common area with cabanas sits over the retail, and the overall structure is designed to push away from Biscayne Boulevard, said Mr. Sieger. The ends of the building are rounded sweeping corners.

The penthouses are to have their own rooftop pools.

Before meeting with the design board, planning staff had directed the developer to submit a mechanical parking plan and a traffic study, and to work with the Florida Department of Transportation on the type of trees it plans along Biscayne Boulevard.

“It’s a good project – a good approach,” said board member Jesus A. Permuy.

The expansive, boomerang-shaped structure would have a landscaped curtain of living material draped around the lower levels. The vegetation is to hang from panels of wire, making a green wall, and be fed with a drip irrigation system.

The green wall design is a concern for board member Gerald C. Marston. That type of green wall, with living material, requires a long-term commitment to maintenance and can be costly, he said.

Mr. Marston expressed a worry that the landscaped wall would be green on the outside but eventually turn brown on the interior with no direct sunlight.

“It is living material,” he said. Mr. Marston suggested if it became a problem, plastic green material could be employed.

Mr. Sieger said the green walls will be associated with and frame much of the retail, thereby increasing the incentive to maintain the vegetation and keep it looking as nice as possible.

“It looks great,” board Chairman Robert Behar said of the overall project.

Board member Dean B. Lewis was equally impressed.

“Congratulations on a good project, on a challenging site,” he said. “I look forward to seeing it built.”

Board members Fidel Perez and Anthony E. Tzamtzis both called the project “beautiful.”