Advertisement
The Newspaper for the Future of Miami
Connect with us:
Front Page » Business & Finance » Developer’s buy of Grove garage almost done 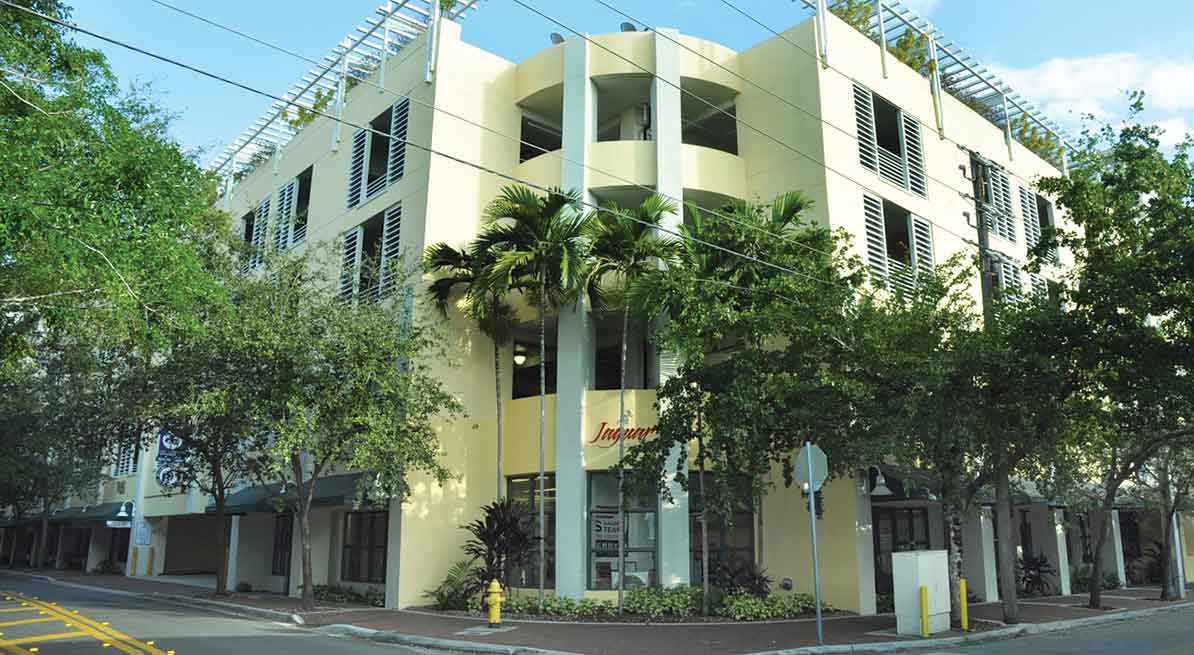 Ground floor retail will remain a fixture at the municipal parking garage on Oak Avenue in Coconut Grove after developer Terra takes ownership this summer.

In fact, Terra says the move will attract new retailers and amenities to the Grove.

The Oak Grove Garage, a public parking facility, is being sold to the private developer for $16 million.

The Miami Parking Authority built and owns the Oak Avenue Garage. In April, the city’s Off-Street Parking Board voted to sell the garage to Terra World Investments LLC.

There are no immediate plans for redevelopment, and the building will remain open as a parking facility, according to David Martin, Terra Group president and owner.

Terra, based in Coconut Grove, made the initial unsolicited proposal to buy the garage, which led to the sale.

“Terra is working with the City of Miami Parking Authority to finalize the sale and purchase of the Oak Avenue Garage in Coconut Grove,” Mr. Martin said in April. “Our plan is to hold the property for the long term, with the public garage remaining fully operational and a repositioned retail component on street level.”

Businesses in the ground floor spaces include The Workout Spot, OXXO Care Cleaners, Jaguar Therapy and Tiano Salon & Spa. A City of Miami Neighborhood Enhancement Team office is in the building, too.

“This project will bring new retailers and amenities to the neighborhood,” said Mr. Martin.

Since the April vote to sell the garage to Terra, parking authority staff have been working out final details in the purchase agreement.

In May, authority CEO Art Noriega mentioned a few items that would be spelled out in the final documents with Terra, including an upfront payment of $100,000.

At its meeting this month, Mr. Noriega told the board that all changes were made in the paperwork, “they [Terra] had no pushback” and the authority is simply “waiting for signatures.”

The parking agency built the multi-level, 388-space garage at 2860 Oak Ave. on about 85 hundredths of an acre. It has four levels of parking, including the roof. The building, bordered by Mary and Rice streets, is near the Shoppes at Mayfair.

After receiving an unsolicited offer from Terra to buy the garage, the board agreed in February to advertise for other purchase proposals. It received three.

Mr. Noriega told the board that Terra has the strongest financials and it made the first pitch to buy the building.

In February, Mr. Noriega encouraged the board to consider the sale, saying it was a way to leverage the authority’s public assets and give the agency an opportunity to build more in Coconut Grove.

He reiterated that in subsequent meetings, acknowledging that the Oak Avenue Garage never performed the way the authority had hoped. With the sale proceeds, he said, the authority can reinvest in the Grove.

“We can use the proceeds to build a new garage in Coconut Grove,” he said.

The agency is looking at a couple of Grove locations for new parking facilities, including near City Hall and at the Coconut Grove Playhouse, Mr. Noriega said.

The authority has a contract with the city to manage the surface lot next to the idled theater, which is being redeveloped as part of a county initiative.

Also, part of a major redevelopment of the waterfront north and east of City Hall and Pan American Drive calls for the authority to build and manage a new garage with ground floor retail. That project has been stalled by litigation but might see movement this summer.

The Oak Avenue Garage is near a 6-acre site that Terra Group and The Related Group are developing as Park Grove, three residential towers bringing nearly 300 units to the neighborhood.

A groundbreaking on Park Grove was held June 11.

Not far from Park Grove is another high-profile development from Terra, Grove at Grand Bay, two twisty luxury condo towers.