Advertisement
The Newspaper for the Future of Miami
Connect with us:
Front Page » Profile » Nelson Lazo: Guides Doctors Hospital into Affordable Care Act 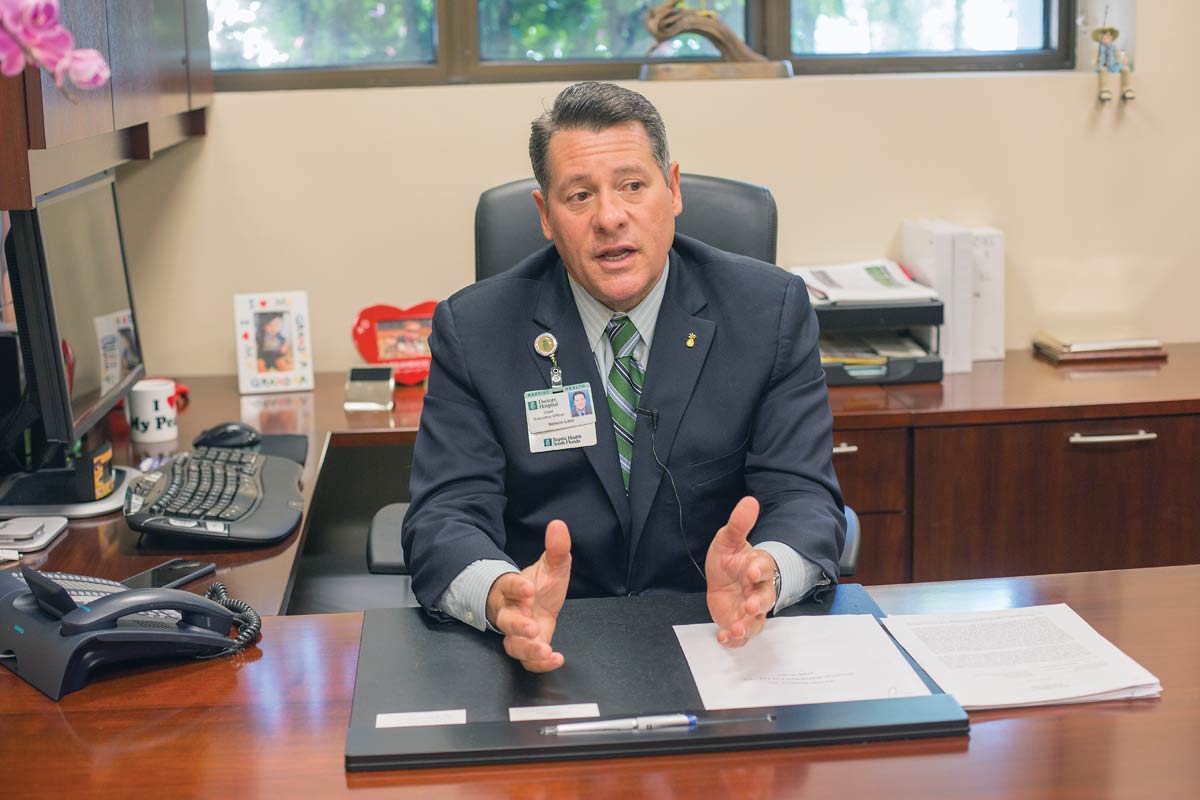 Nelson Lazo is a realist, facing changing times head on and rolling up his sleeves whenever additional work is necessary.

As CEO of Doctors Hospital Baptist Health South Florida, he oversees all operations including budgeting, strategic vision and alignment as well as the human resources of the facility.

Not surprisingly, he’s been carefully watching the way the Affordable Care Act is affecting Doctors Hospital. Now, less than halfway through the 10-year implementation, Mr. Lazo said he hasn’t seen a huge effect insofar as how the hospital is run. However, he said people are starting to show up in the emergency room with insurance they got through the exchanges.

The cost of health care is more efficient when patients come into the hospital, he said, because doctors can treat them appropriately and send them home armed with information on how to stay healthy. Moving forward, though, Mr. Lazo said some initiatives that come in through the exchanges will probably pay less than what the hospital was getting paid in the past. The challenge, he believes, is to meet the cost structure and be more efficient, doing things in a fashion that can bring Doctors Hospital to the level where it can function within the new reality of health care.

A large part of his job is community engagement. Mr. Lazo has committed his time to a number of organizations, including serving as co-chair of One Community One Goal.