Advertisement
The Newspaper for the Future of Miami
Connect with us:
Front Page » Arts & Culture » Art museum’s pledge brightens its picture 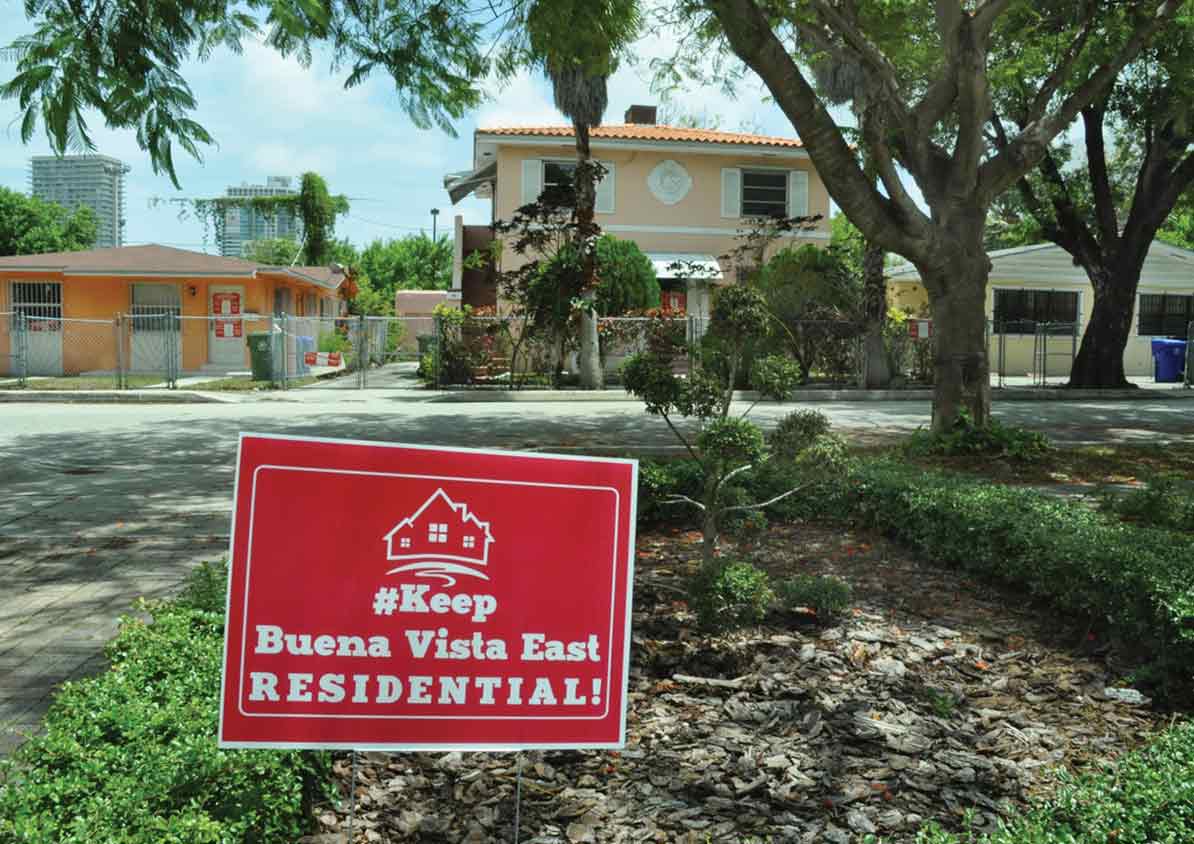 An attorney representing developers of an art museum abutting a historic neighborhood promised publicly to deliver a covenant – basically a legal promise to use the land in the way they say they’ll use it.

If the museum isn’t built as proposed, underlying zoning would revert to its original classification.

Talk of a covenant came when a rezoning and land use change that will open the door for an art museum on the edge of the Design District won preliminary approval June 11 from Miami city commissioners.

One lone ‘no’ vote was cast by Marc Sarnoff, who kept asking for a covenant from developers. He indicated he might support the plan on second reading if a covenant is offered.

“You’ll get your covenant,” said attorney Stephen Helfman, who along with attorney Tony Recio was on hand to represent developers of the Institute of Contemporary Arts, Miami, Inc.

The developers plan an art museum on the southern part of the property and a sculpture garden on the northern portion.

The new museum structure is backed by auto dealer Norman Braman and his wife Irma, both noted art collectors. It would move from a temporary home at 4040 NE Second Ave., where it set up shortly after the board of the City of North Miami’s Museum of Contemporary Art splintered when director Bonnie Clearwater left in 2012 and the choice of a new director caused a row. Part of the collection stayed in MOCA and part left with directors who formed the Institute of Contemporary Art.

The new museum is to be three stories, 37,500 square feet in all, with a 15,000-square-foot sculpture garden to the rear. But some neighbors in the adjacent Buena Vista East neighborhood opposed to the change in zoning and land use argued that the change and the museum would be out of character with their historic residential area. Opponents also said it would constitute spot zoning.

They asked the commission to either reject the request outright or defer a vote on first reading.

Mr. Recio and Mr. Helfman fought against a deferral and asked commissioners to support the change.

Mr. Helfman said it was a complex application and that the developers have worked hard since November meeting with community members and had done their best to “strike a balance” and agreed to a number of concessions.

Schiller Jerome, president of the Buena Vista East Neighborhood Association, said he negotiated an agreement with the museum developers that he feels best protects the interests of the residents.

Mr. Jerome also said of the planned museum, “This is not a commercial structure.”

Mr. Helfman asked for a yes vote on first reading, noting that many steps remain before a museum can rise on the site.

Planning Director Francisco Garcia said the matters on the agenda were about changing the zoning and land use, not a decision on a specific site plan for the museum and proposed accompanying sculpture garden.

Mr. Garcia said the site plan, with details on height, width, mass, setbacks and so forth, would have to be reviewed and voted upon by the city’s Planning, Zoning and Appeals Board.

The final reading on the zoning and land use change is to be scheduled in a few weeks before city commissioners.

The commissioners learned that the city’s Historic and Environmental Preservation Board recently approved a certificate that will allow demolition of three older residential buildings on the site’s northern portion. Many property owners in the historic neighborhood oppose the removal of the buildings and oppose the land being used as a park.

A staff analysis presented to commissioners reads in part: “This proposed zoning change is intended to accommodate a contemporary art museum and a sculpture garden. This use is appropriate in the context of the Design District, and with proper treatment, can be appropriate abutting a single family neighborhood.”

While the new zoning that the application sought could accommodate an art museum and sculpture garden, the city’s planning staff recommended that the entire site be rezoned differently, to the Civic Institution category. The city then became a co-applicant on the proposed rezoning.

The applicant agreed to that zoning.