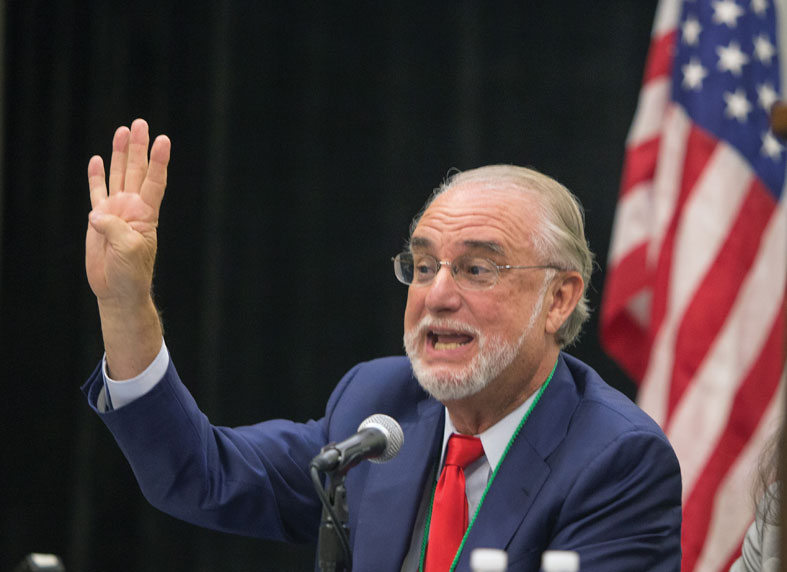 Miami cannot afford to wait and miss any opportunities in Cuba now that relations with the US are being restored after nearly six decades of mistrust, said panelists during a critical issues panel at the Greater Miami Chamber of Commerce Goals Conference last week, but they advise proceeding with awareness of the unknowns and conviction not to put Cubans at risk.

This is an historic turning of the page based on the conviction that a policy of engagement works, said David A. Duckenfield, deputy assistant secretary for outreach with the US Bureau of Public Affairs. Although there’s more work ahead to lift the trade embargo and ensure reopening of embassies, he said establishing commercial relations will help Cubans be less dependent economically on their government.

Right now, Mr. Duckenfield said, US business can explore a number of services for potential agreements including Cuba’s sorely lacking telecommunications infrastructure and the growing number of Cubans working in the private sector who have hired employees and expanded small businesses.

Yet, he said, telecommunications is a delicate market as the Cuban government is reluctant to give the Internet to its people. Therefore, Mr. Duckenfield said, US businesses need to understand the political science and walls that have been established and be diplomats.

“We need to sequence this transition politically first and economically second,” said Carlos A. Saladrigas, chairman of Regis HR Group and Concordia Behavioral Health. “The Internet will not come to Cuba until there’s a business climate to support it,” he said. “We need to help Cuba with forces of change.”

This will take time, Mr. Saladrigas said, but the floodgate of change has already been opened and no one can hold it back.

“Since Dec. 17, a new gold rush was unleashed and it appears the Cuban government has not begun to understand what this means,” he said. “It’s an ideological hangover and paranoia is keeping things at bay for now, but change is inevitable.

This is most certainly a time for diplomacy, said Pedro A. Freyre, chairman of Akerman’s international law practice. He warned US businesses to be careful as the road to democracy and prosperity in Cuba does not go through Tallahassee or our federal government.

Cuba is a dictatorship, still a police state, Mr. Freyre said. “It’s very easy to take a tough stance when we live in a free country, but we have to be thoughtful as to what we ask Cuban people to do,” he said. “It will take a while for Cuba to be what we want it to be and we cannot put Cubans at risk to further our own goals.”

On a hopeful note, Mr. Freyre said he has vast faith in the Cuban people and confidence in their abilities. “When they no longer have fear over where they will get their next meal, they will go to their government and say they don’t want to be treated like this anymore,” he said. “The best thing we can do here is empower them to say that.”

Mr. Freyre said we should forget the Castro brothers and instead realize there’s a middle level of bureaucrats who will be making decisions. “Telecommunications is critical to Cuba and they understand the power of information,” he said. “The US can say we have all these products and ask whether they want them or not, forcing the bureaucrats to make a decision.”

The key word is patience, said Lauren L. Valiente, senior counsel and litigation attorney with Foley & Lardner LLP in Tampa. She explained there are still very tight regulations under US law governing what businesses here can do in Cuba and advised knowing exactly what they are as well as Cuba’s set of laws.

“The Cuban government has said it will protect its current political system and won’t just allow the US to do whatever it wants,” Ms. Valiente said. “We must wait to see what the parameters are.”

As the daughter of Cuban-born parents, she said she fully understands the different points of view on lifting the embargo. “Will there be repayment for property?” she asked. It will be a long process to address the myriad issues, she said, including whether new regulations will stand when we have a new president.

Change will take time but it will happen, said Kai Peter Schoenhals Garcia, a director in the Dominican Republic of asset management firm VICINI, where he is responsible for trade and customs issues, new businesses and regional expansions. “Although it will be slow, you need to get into the game and talk to the new entrepreneurs in Cuba,” he said. “Capitalism will bring winners and losers.”

Right now, he said, there’s a bit of trepidation, and he hears Cubans say at least they have good medicine.