Advertisement
The Newspaper for the Future of Miami
Connect with us:
Front Page » Business & Finance » Miami sets record as hotels lead nation 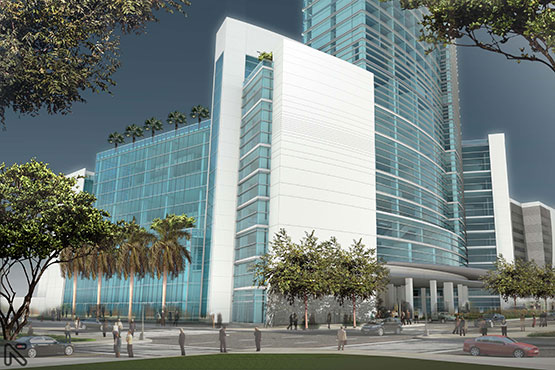 This year has brought a record number of visitors to Miami-Dade’s hotels, which lead the nation in key tourism categories.

“We are No. 1 in all key hotel metrics,” said Rolando Aedo, Greater Miami Convention & Visitors Bureau senior VP of marketing and tourism.

As of April, Miami’s average daily occupancy was 84.2%, up from 83.9% last year, according to Smith Travel Research.

The first quarter of 2014 welcomed a record of 4.01 million visitors to Miami. This year that number jumped to 4.25 million, Mr. Aedo said.

The US is growing its hotel room supply by 1% a year, said Jan Freitag, Smith Travel’s senior vice president for strategic development. Miami triples that percentage.

“Miami is growing room supply a lot faster,” Mr. Freitag said. “So far, that’s not a problem. It’s been absorbed because the demand growth has been so strong. The question is, how long can that last?”

The next five years will give life to about 8,000 new hotel rooms here, Mr. Aedo said.

“We actually have 3% more than last year, yet continue to drive up [revenue per available room],” he said. “Even with the inventory coming online, we not only absorb that, but also build upon it.”

Despite the dollar’s strength, international travel to Miami grew 5.8% during the first quarter, he added. He credits the weather advantage, the blossoming of Miami’s individual districts and the bureau’s expansive marketing for the record-pace success.